“Get out you motherfuckers, its inspection time!”

The guard shouted as he hit the metal bars loud startling every inmate inside the cells and Dion was one of those.

Dion let out a grumble but still compelled the instructions.

Reluctantly, he got up bed and went to the sink to wash his face and brush his teeth as fast as possible. As much as he wants to take time to clean up, he couldn’t do that. He was no longer on his clean and peaceful bedroom, he was now in prison, full of criminals – like him.

He rushed out of the room and stood properly as he faced the ugly fat guard that screamed his name like a banshee. He just rolled his eyes when the so-called guard glared at him.

It was not a secret to the people in this place that David was gay and has a habit of being jealous to every prisoner that has a pretty face and as a matter of fact despite being a man Dion was really pretty.

“Where is Sayyid?” David questioned him with a scowl. He just shrugged and turned his head back to his cell where a huge bump under the sheet could be seen on the bed next to him. David growled, stumping his way inside their cell as he forcefully wake up the so called man.

“Fuck you, Sayyid! Get up there right now or I’ll fucking, zap you!” David warned.

“Son of a bitch! I am not your mother!” David huffed.

Dion just giggled whilst shaking his head when his roommate and their prison guard started to do their “comedic” morning routine.

They have been doing this shitty “cross talks” since he came here. And when he thought about it; it is already been four months since he was sentenced and detained in this famous place – the Nirvana Island.

Like what people say, a prison is equivalent to hell and they were absolutely right. Especially, if you belong to the most notorious and dangerous prison all over the world. And if you want to imagine what Hell looks like, well, Nirvana Island was the perfect image for it despite of its name. Nirvana was place where detrimental, psychotic and infamous criminal in history gathered. However, it was also a place where every criminal feared of.

The island was located in the northeast part of the Pacific Ocean, surrounded by strong and large water currents, whirlpools circled all over  the piece of land and unknown  ocean predators waiting for their prey were hidden under the deep waters; escaping this prison was a matter of life and death.

In fact, thinking of breaking out on this place was only a production of fantasy on every inmates mind with the high quality surveillances and its strict security setup watching their every moves no one could even try doing something.

Though there were still bullheaded people who “tried” to escape but what happened to those people scarred everyone’s mind, bringing nightmares to everybody.

When someone broke the rules of this prison, inmates were not isolated in a room rather they were punished with brutal and inhumane ways.

Hanged and beheaded in front of everybody.

Tied up and burnt alive.

They were also forced to eat the carcass of animals full of maggots and rotten flesh and many more coldblooded and brute ways one person could not imagine where implemented as punishments for this place.

Regardless of these iniquitous acts, the world approved it.

It was already 2131 and the world had undergone a lot of major changes in a blink of an eye. One of those who were affected of those changes was those people who committed crimes whether it was proven or not. Despite being imprisoned, they were all sentenced to die no matter how long they stay or behave behind the bars.

Criminals like them were also deprived to have authority to fight for their rights or injustice the only exception was; if someone with power and ranks will petition it on the court. But the latter was hard to come by; people in higher class were likely proud, egotistical, hard to approach and more importantly looked down the people in the lower class specifically people like them who committed crimes.

That’s why every people on the planet discipline their selves properly and avoid committing crimes because no one wants to die in an excruciating and peremptory way, right.

“Watson!” Sayyid howled in pain, snapping Dion out of his thoughts.

He turned around and saw his Arabian roommate fuming and glaring while clasping his bare thighs and on his front was their fatty prison guard with a smug on his face as he twirled his Taser on his hands.

“You deserve it you asshole! Now get up and dress, it’s time for monthly checkups!” David yelled as he ignored the angry gaze of Sayyid and strutted out of the cell.

“And you, it’s your lucky day today, Mr. Hernandez.” He informed Dion as he arrived next to him.

Dion tried to avoid his calloused and sweaty hand which was reaching for his hair but he failed. David grab a fist of his curls, he let out a whine when the ugly bastard grip it strongly and forcefully as he pulled him closed, whispering the words that made the small man paled.

“Congratulations, you are chosen as a prey.”

Obnoxious laughter echoed the whole prison as David laughed devilishly when he saw Dion’s face but the latter was deaf on his mocking laughter, his mind was full of mess, fear swirling and grief stricken.

He was a chosen as a prey

With those words, Dion knew that his time was up.

And this was also the start of every inmate’s nightmare.

The hunting season will now commence 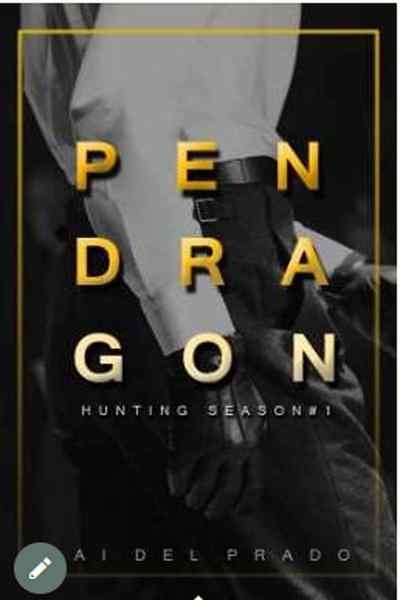 One incident changed Dionnaire 'Dion' Hernandez life, landing him in the most dangerous prison in the world that even criminals feared of. Deprived with the authority to fight for his injustice, the only thing Dion wishes was to live peacefully in his cold hard cell until he's death arrive. But a prison is the devil's playground and living peacefully behind those bars was all just a dream. Waking up in this dream, Dion found himself in the middle of woods running away from those people who wants to kill him.

Or will he die?

The hunting season has just begun.

And he will do everything in order to stay alive.

This an omegaverse story with a little bit of twist.
Subscribe 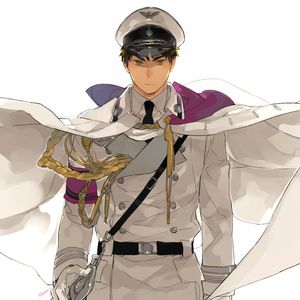