The angels dance along with their fallen brothers from Hell a very mirthful dance today. A dance that's part tango, part salsa, some flamenco, and maybe a bit of waltz. Archangels and arch-demons all joined hands. They slung their swords and tridents and went on the razzle. Even Lucifer himself with the Great Maker giggled and laughed and had fun as if they were little impish children.

The War between the two sworn enemies was finally over. Not via means of some kind of mutual agreement or treaty but simply, some time, there appeared a strange, warm glaring Light which crushed the fear all those tens of centuries one side felt for the other.

The Great Maker stated under a rare moment of disarming honesty that He was totally baffled as to what happened and that He Himself had done nothing to trigger this. No one knew how this had happened but who gave a damn? All that it mattered was that the divided for thousands of years friends were at last reunited.

The first approach was made by Abigor, a lesser demon, who flew up to the gates of Heaven that were now wide open and unguarded. He was sort of exhausted from the long flight; two Seraphs and a Cherub treated him instantly without notifying the big boss since they no longer feared Him.

They welcomed him to their cosy place, sat side by side and played Texas Hold'em, chatted about their long missed friends and eventually crashed and slept even deeper than a well fed elephant. The next heavenly day, or roughly a Terran month, the Great Maker was tipped about the incident yet bizarrely not only did he not get mad at the recalcitrant initiative of the three angels but requested to personally see His deposed child.

When Abigor appeared in front of Him he let the Maker know that many of his brothers desired to follow him but he insisted on flying to Heaven on his own. He also passed the warmest greetings from Lucifer, His bygone most beloved and most powerful son.

The Great Maker was so much touched by Abigor's unrivaled courage and modesty that He asked him to stay in Paradise; permanently if he so wished. “I am deeply grateful Elóhim but I could never leave my brothers. I will honor your request as long as you invite my brothers as well. All of them,” Abigor responded with a majestic mettle which earned admiration from everyone present at the Hall of the Throne.

At this moment any remaining trace of stubbornness  that still lay in the heart of the Great Maker vaporized. He instantly commanded ~2,000 Cherubs to fly down to Hell in order to invite all the demons, archdemons and the rest of the various dark spirits to the grandiose party He had already envisioned!

Almost everything was now ready for the holy day which would be carved with golden letters on the silver plate of the history of humanity. After an unspecified for the Terran perspective time the skies south of heaven were blanketed almost entirely by the hundreds of thousands of fallen angels who returned to their Home. The demons with broken or withered wings flew on the wings of the Cherubs with whom they had already bonded.

During the long flight back to Heaven they prattled and laughed and giggled and tittered like joyful nincompoops. Some Cherubs teased their friends by treating them to a free fall into the void but they were not afraid because they knew they would fly with lightning speed to catch them.

If people from Earth could discern them they would see something like black and white streamers that rolled, unrolled, scattered and got back together. At times they resembled a bantering confetti which constantly went higher and higher.

The Heavenly Gates were already lit with a vivid golden light and adorned with silver, platinum, sapphires and lapis lazuli stones, especially for the occasion. Every demon stood in awe of all this beauty, which was a far cry from the ugly blackness of the purgatory, the intolerable lakes of flame and the amorphous lava streams that constantly fed them.

When all the angels, former and current, had crossed the Gates and gathered at the inconceivably immense to the human mind central park the Great Maker appeared on the atrium of the Celestial Throne along with Michael on His left and Gabriel on His right (Jesus was, er, busy). All three emitted a light so intense that a human would perceive them as three stars : two white dwarves with a blue giant in the middle.

The two archangels were probably for the very first time fully unarmed despite the presence of all their eternal foes. They deployed wide open their huge feathers, held the Celestial Father and slowly carried Him at the center of the park where Lucifer was, along with all the generals of his legions. They loosely left Him around three meters in front of the former awe-inspiring and mighty Angel of Light.

For a few moments they both hesitated and remained there almost frozen. At these very few seconds it was as though time stood still for days. Eventually Lucifer approached his Father with small timid steps and humbly offered Him his hand. The Maker took his hand, shook it while crying, opened His arms and hugged Lucifer very intensely, in the way every father hugs his child after having not seen them for years.

They both started to shed tears, whimper and cry from an ineffable joy, as if they were little children. Michael and Andrameleh followed them, together with Gabriel and Melkor, Uriel and Raziel and many more old friends and brothers. The center of the park was illuminated hundreds of times more from all the emotions of Love and Friendship that washed over everyone.

When they sort of recovered the Celestial Father, who now bore a smile wider even than Joker uttered the three words that sparked off the greatest party of all time: “Leeeeeet's paaaaaartyyy guysss!!!!!”
There was no match to this raving lunatic party, not throughout the entire mortal and immortal history. The entire Heaven was shaken up by the crazy dancing, singing, drinking, laughing and chatting.

Angels and archdemons, demons and archangels, high elves and spirits of fire, dark elves and jinn, they all turned into a lovely mess. Initially the third music band of the Cherubs played music with their golden and silver instruments but soon this was unnecessary since the singing spawned its own music and the Cherubs threw their instruments away and avidly joined the party!

The divine music was soon so loud that it was heard all the way down to Earth.

The Music, along with the laughter and giggles echoed everywhere like a very sweet heavenly melody. It was so beautiful that it warmed the hearts of all men, even the coldest ones. Soon everyone was carried away and started to dance with everyone else! Old and young, men and women of every occupation, race, color, nationality and sexual identity,set up a worldwide jamboree of no precedent!

Babies that had not yet walked their first steps started to swing to the rhythm inside their cradles! At the long tortured Gaza Stripe Israeli soldiers along the wall abandoned their arms and outposts and started to dance with the Palestinian fighters of Hamas! In Kashmir Pakistanis and Hindus were both carried away and left their sentry-boxes and positions and they mingled and entered the Himalaya’s foot for a wild Dionysian feast!

In Washington DC President Joe Biden ditched his secret service guards, exited the White House with his wife and they mingled with senators and congressmen of both parties, businessmen, artists, homeless and just about every resident of DC.

“Long live the president!!” many toasted in unison, “but now move your presidential butt to the Music or get the hell out of our way!” Joe and Jill Biden then showed everyone their dancing skills and the crowd blew up!

At the Greek-Turkish borders the Greeks and the Turks were unable to meet at their terrestrial border due to the hundreds of land-mines but they pulled out their entire air-force and navy and met on and above the Aegean Sea.  The frigates, the torpedo-boats and the submarines massively bombarded into the air for many hours until all of their ammunition was exhausted.

The F-16s, Rafales and Mirage-2000s fighter jets from both sides did a series of acrobatic air-fights, flew upside down, in Greek-Turkish formations, and released all of their bombs and missiles into the sea. It was like the whole Aegean Sea was lit with fireworks!

Whoever saw them from Cyclades and Dodekanese might have thought that all these fighters were not driven by top-notch professional pilots but by small children who were themselves inside their remote-controlled little airplanes!

In less than two hours every act of hostility or warfare on the whole planet had ceased. Outside the prisons of all over the world the convicts had fun, drunk beers and had joints with their guards! This global party continued until gradually the entire globe was illuminated by an adorable all-powerful Sun; it appeared as if it was high noon at every longitude and latitude at the same time, which did not make any sense.

The Sun kept on getting brighter and larger, but strangely did not feel hotter. There was a couple at Oia, Thira, in Greece, which at some time stopped dancing; they looked at each other deeply in the eyes for a long time, as though they eagerly wanted to captivate the face of each other for all eternity.

Then they kissed tenderly, very tenderly, more tenderly than even their first kiss. Their eyes glowed brightly, like four bright stars on the darkest sky. They felt no fear though, since they knew the Moment was approaching. Fear itself died that day. Suddenly the two lovers felt like they levitated in dark empty space and stopped touching the ground below their feet.

Everyone around them seemed to have vanished yet everyone was oddly still there : men, angels, demons, elves, even the animals, that had also started to dance as well. By that point both mortals and Celestials looked identical.

Everyone, including the lovers, looked liked they were about to burst into a dazzling, blinding light. Then the two lovers said to each other, in unison : “I Love you so much baby. Let’s just not get lost after this OK? We need to find each other again!” 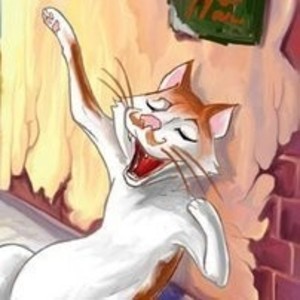 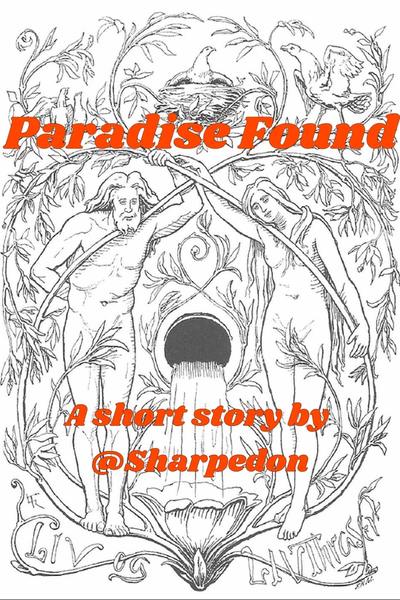 This is a short story I wrote a decade or so ago, the first short story I ever wrote. It used to be quite shorter, but I recently re-edited it and almost doubled its word count. Its voice is highly optimistic, slightly surrealistic, part fantasy, part comment on religion, part sci-fi, part pure unadulterated hope. I.. hope you enjoy reading it as much as I enjoyed writing it!
Subscribe 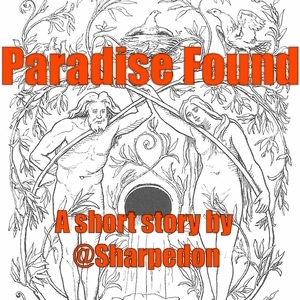