The artist met the figure at the place described from the thread of the forum, when the moon disappears and only the stars remain certain ghosts appear, most likely a legend yet the artist didn't know what else to do, going into a dark place at night would've meant going out at the least comfortable time for many... Not for him thought, it was the most peaceful to go out, no one talking to you, no traffic for the car, maybe a few escorts close to motels but nothing he ever minded.

The designed place for this ritual was a forest or a field, enough to see the stars, no lights were needed, one could keep their phone and use headphones for music but the device needed to be in a standby mode and the headphones needed to be wired, any light that didn't come from the firmament would've scared the entity, reason why no footage was ever available, an easy tactic to persuade people in trying, and maybe have them touch some grass as many said.

The artist went into the field walked straight in a line away from the car used to bring him there and sat in the grass, soft and fresh spring grass, early enough in the year for fireflies to not be around, the only sounds were the wind and a playlist suggested on the thread of the ritual, it was basically one of those hour-long videos with "space aesthetic vibes for sleeping" as title, the artist initially saved it for having some background noise while working on the few commissions they got from their clients at night and during the day working on what was asked in the studio they worked at. After what seemed to be a hour of him sitting there they looked up, and sighted their voice tired "just a stupid legend... No wonder the users seemed all to be edgy teens" and got up, turned around and started walking in the field illuminated by what seemed fireflies

this can't be right It's too early in the year, they can't yet survive now

"Clever, getting the trick fast" a voice said, it was loud but not scary, felt like a comfortable cacophony "Now, allow me" the figure stepped out of the darkness, as it stepped out of it the silhouette could be made out, looking human more than a monster, it then talked, the voice coming only from where it was standing "You humans really are always a bit afraid of what can be considered, what was the therm... hmm.. Paranormal" The artist was silent before speaking softly, a hint of fear in their voice:"This wasn't really expected to work-" The being interrupted him

"You seemed disappointed when it seemed like it didn't"

"Of course I was, I drove all the way here for trying to do it "

"This doesn't answer my question"

the Artist was silent, the figure talked again "You hoped for it to work, didn't you?" The artist nodded "awesome!" the being cheered "So, now, why performing such ritual?"

"Hm Hm, so something new is needed? I have an offer, a deal of sorts"

the artist couldn't believe it "what, like the devil?"

"Whaaaat?? No, No! Of course not like that, I mean, aren't you tired of this whole place? This routine"

"Back to the offer" the being snapped it's fingers, the place around the two shifting to something more alike to a observatory "I can help you travel away from that place, the one you live in right now, you just need to hear me out alright?"

"...Go away, from here?" the artist asked perplexed about the offer, the space where the two were standing was making the whole place like a dream. It probably was a dream to think of it, no way it was real, the place shifting and reality bending

"And what I ask you isn't much" something materialised in the creature's palm "you usually call this a stylus do you?" It handed the pen over, it had intricate gold details, a golden moon ornates the end of it alongside a crystal that emanates a faint glow the tip was looking more like a fountain pen than a stylus for a drawing tablet.

"What's this?" he asked to the being which responded "Part of the deal, it'll help you with the place you're going to" the being said as the artist looked at it perplexed "and the price?" the being said " part of your memories will be removed, can't really know what will, you'll be given a new name and basically you'll have to inform me and eventually help me with certain things"
.
.
.
This must be a dream, It has to be.

This is all too good to be true, there must be a drawback.

"Basically once you choose it's definitive"

"I made my choice already"

The person went back home later that night... It just felt like they needed to sleep

And so, the story started...

To those arrived here, Hi, I'm Aestral, writer of this story appearing in these notes, sorry to bother you with this but if you subscribed and left a little like I'd be extremely grateful 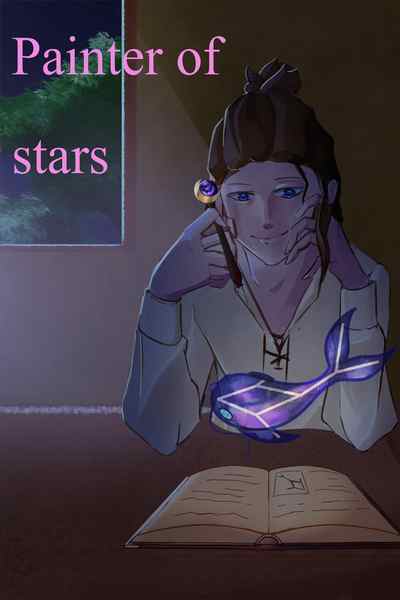 Calathea woke up in a field and was helped by Phenia, a herbologist who took him in.

After the acquisition of a mysterious pen and the encounter with a strange someone, he will go on a journey to give constellation a form again in exchange for the past he lost and finally see the world he lives in
Subscribe 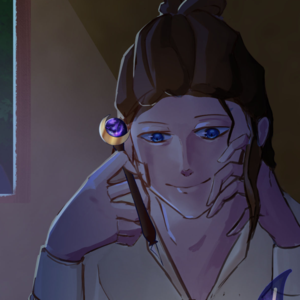