“Aye, Patty make sure the television is up to full volume, nobody’s coming today anyways” An elderly gentleman pushing a walker was slowly making his way into the recreation room. He was like a slowly crawling caterpillar inching his way forward.

Patty, on the other hand, was just like her flop of multicolored cropped hair. She swung it around freely and laughed as the elderly gentlemen sat. “Of course, Ahmed. I don’t come here to volunteer for nothing. I’m here to make all the old folks here feel happy and furfilled.” Her star spangled smile was genuine as she flipped through the channels. “Is there anything in particular you’d like to watch today, sir?”

Ahmed considered how he would want to hear some recitors, but discarded the idea as he didn’t want his young attendant leaving him over something she found objectionable. He rearranged the dentures in his mouth. “I like crime shows or police catching the bad guys. The chase and justice is really good.”

Patty thought for her moment. Her head tilt to the side. Ahmed could see her bra strap slipping from a sleeve of her Puckerville High t-shirt. Her eyes were rimmed in gold khol. “Have you ever seen Bob Hobbs?”

The elderly gentlemen smiled thinnly in confusion. He tried to make an excuse about how the inhabitants of the home preferred watching news or courtroom reanactments, but before he could open his mouth his saw the eerie title flare across the screen; Bob Hobbs, Paranormal P.I.

“I know old folks don’t really care for him, but I find him to be wicked. Isn’t he handsome, Mr. Ahmed?”

Not wanting to upset the girl, Ahmed found himself nodding.

“His eyes are just divine. Blue like the ocean and the hair of a dream. He’s mine, if only he wasn’t married.”

After the placard showing the show’s title the show showed an attractive man with a bunch of hunky men strapped with camera equipment. The show was shot with a greenish paranormal hue, Ahmed thought it made the show look more like the inside of a toilet’s plumbing. He didn’t want to upset his beautiful younger attendant so he didn’t comment on the irritating premise. The show lumbered on at a snail’s pace, showing the main character finding out his name was ‘mysteriously’ scribbled in red spray paint on the ricked back wall. Finally the credits rolled and Ahmed relaxed. Before the credits finished a video rolled showing a billboard with words spray painted on it: next time Hoboken Doll Manor!

Patty clapped excitedly. “Wow golly! I can’t believe that Bob Hobbs is going to be in our city!”

Ahmed shook his head vehemently. “You can meet him in the convention center, but don’t go to that area. It’s a bad area where they are going to be filming. I don’t want to see you hurt.”

Patty bit her lip. She nodded slowly. “I’ll be sure to keep that in mind. You must think I’m really stupid. I’ve never heard of the Doll Manor before.”

Ahmed kept shaking his head vigorously. “Don’t go looking for trouble, it may find you”

Patty ate her vegan ham sandwich, at a table surrounded by all her school friends. Class was dismissed as it was a half day. Instead of sitting inside the cafeteria the group had decided to sit outside in the warm weather to soak up the last few rays. The group itself was a mix of hippie reddish-purple hair Ginger, high score gamer valedictorian Ned, tyranosaurex rex obsessed chem nerd Ted, and tiny Tina who rode motorcycles despite her conservative parents disapproval.

Tina was scrolling on her phone that Ned had motified so she could see all the posts in the popular kid’s private forums. Tina stopped and showed the phone to the rest of the group as the teens leaned in. “The rich or popular want to do a couples stakeout the same night as when the camera crew is going to pull up at the Doll Manor. People getting laid and people getting scared. That’s totally my scene”

Patty choked. “No. Why don’t we do our own thing? I think we need to respect the fallen ancestors who deemed that place as unholy. I don’t want bad mojo. I have to pass this semester or I have to move in with my dad and his new wife. She’s a Christian missionary and wants me to change into--”

Ned changed the subject. “The world doesn’t revolve around you Pats. I want to mess with that film set. And, I think if you knew more about it, you would be down.” He handed Patty a book.

The crew exited, leaving Patty behind to finish her sandwich. She opened the book and started reading:

THE DOLL MANOR IS ONE OF THE MORE STRANGE ATTRACTIONS OF THIS PITIFUL EXISTANCE OF A TOWN, I COULDN’T BE MORE INSPIRED TO BE THE WRITER WHO’S MOST WELL KNOWN FROM THIS AREA. THIS MANOR, USED TO BELONG TO A DERRANGED RELATIVE OF MINE, WHO DECIDED AMONG OTHER THINGS TO FILL IT WHICH STORE DISPLAY MANNEQUINS. THE RELATIVE WAS INTERESTED IN ALL MANNERS OCCULT AND DANGERS. THUS, HE DECIDED TO TRY AND TRAP A DEMON INTO ONE OF THESE MANNEQUINS. MY MOTHER, WHEN HER WITS WERE STILL SHARP, FORBADE US FROM TAKING PART IN HIS STRANGE ECCENTRICITIES. ONE EVENTFUL DAY, I REMEMBER PLAYING WITH MY SIBLING (SHE LATER DIED OF SOME STRANGE DISEASE) AROUND THE AREA AND THE RELATIVE RACING OUT STILL IN BEDCLOTHES SCREAMING THAT THE DAMNED HOUSE WAS NEVER TO BE OCCUPIED EVER AGAIN. THANKFULLY THE LOON WAS PUT IN A PLACE WHERE HE COULD REGAIN HIS SCATTERED BRAINS, BUT WE NEVER DID INVESTIGATE WHAT HAD FRIGHTENED HIM SO.

THE HOUSE AS I ENTERED UNIVERSITY WAS A RUIN THAT WAS A HUB FOR OLD FOLKLORE. MY FAMILY HAD TRIED SEVERAL TIMES TO GET THE BLASTED THING DEMOLISHED, BUT ALL THE CONTRACTORS WERE SPOOKED AWAY. NOW IT’S BEEN NAMED A CULTURAL LANDMARK SO WE’VE BEEN ROBBED OF A HOUSE AND WE NEED TO BE REMINDED OF IT EVERY TIME WE PASS IT.

Patty put the book down on it’s leaves and wondered whether now would be a good time to head home. She was a bit bored of the writing in the book, it was more or less a collection of journal entries from people who used to live in the town. She wondered how Ned would have found something like this in the school’s library and not in the town’s archive. She unlocked her bike from the rack at the school and hoped maybe she could clear her thoughts at home.

Sweet salvation is the feeling Patty always felt when she finally walked into her own room.. She was surrounded by her favorite quotes and oversized stereo. The walls had been reinforced by her father so she would be able to listen to her music loudly without bothering the rest of the family. She threw her backpack on the bed and started her homework.

Not on the exact same night, but one a few weeks later, Patty’s room had a series of visitors. First, her father entered to stroke her head and tease her a bit about how he was sure the school was working her to death. Afterwards her mother dropped by to inform her that both herself and Patty’s dad were headed out to a dinner and wanted Patty to take care of her younger brother Arthur while they both went out on a date. Patty dismissed her saying, Arthur knew how to entertain himself. The third and finally visitor did not come by the way of the door. He came via a knock on the window.

Patty was irritated, but she wheeled herself over on her rolling chair and looked to see who was bothering her today of all day. It was Ned. She opened the window and he ducked into the room.

“Did you read the book?”

Patty rolled her eyes. “We have a bio test tomorrow.”

“Hamish is a total joke. I’m acing the class with a 98 percent average. All you need is--”

“I’m not gifted. I’m average. I need to study more than you.”

“I want you to come with Tina and the others.”

Patty folded her arms. She couldn’t believe he had come all this way to make bad decisions. “If you’re valedictorian, aren’t you supposed to be like a good role model or something? I don’t think Yale would want you anymore if they knew what you were trying to make me do.”

Ned laughed low and hard. “I don’t think anyone cares as long as I maintain my grades, health, and relationships. Here, I’ll make a deal with you. I’ll stay up with you the whole entire night if you come with us. I’ll help you study. Ned’s promise.”

“Well then I’ll make it a thing. Trust me, when have I ever lead you wrong.” Ned leaned closer to Patty. She could smell that he’d recently brushed his teeth with spearmint toothpaste and was probably wearing his father’s cologne. Suddenly he was an inch from her face, his eyes intently staring into hers. He’d taken off his glasses. Patty was lost for a minute as she licked her chapped lips.

The door burst open as Arthur ran into the room. “Pat we’re out of peanut . . . HEY what are you doing to my sister? Do you want me to tell mom?” He pointed a finger accusatorily at Ned, for some reason Arthur had decided he’d wear his Batman Halloween costume as well.

“Patty, why don’t we leave the TV on so the neighbor’s think somebody’s home.” 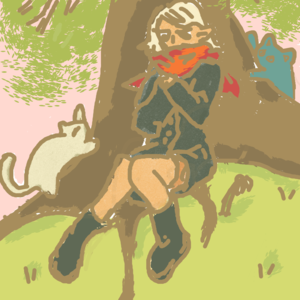 Thank you so much for 9 months of kindness, patience, and love. I didn't think I would be happy doing something like this. I'm really humbled by the support. I don't know how to be grateful, other than continuing to make content.

Hi, Dreame is hosting a Royal Romance Writing Contest from April 28 to September 30, 2021, with a prize pool of $100,000 and a chance for the winner to win $40,000!
In addition, there are luxury prizes such as an iPhone, iPad, Kindle Paperwhite, Audio-Technica, and more.
You are welcome to enter the contest! For more details, please visit Dreame's website or contact us at writers @ dreame . com 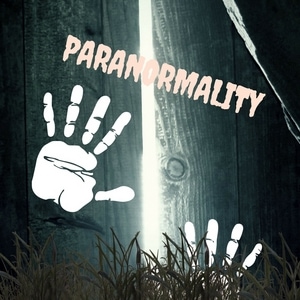 A ghost hunting reality show comes to a small town where many of the students at the local high school come to wreak havoc on the set.
Subscribe 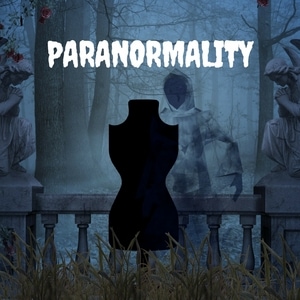