"You're going to be late for work if you watch another one of Rory Carter’s stupid videos."

Tamia enters Joshua’s bedroom with a look of disappointment etched upon her face. Having been roommates for a few years now, this is a look that Joshua is all too familiar with.

“Your obsession with this dude is ridiculous,” Tamia continues. “Fitness is his thing, but you’ve never stepped foot inside a gym before, let alone touched a weight.”

“And your point?” Joshua coolly replies, his attention never straying from his iPad.

“My point,” Tamia playfully rolls her eyes, adding emphasis to the word, “is that I don’t understand why you care so much, especially when his interests don’t align with any of yours. How are you a fan of someone that you don’t have anything in common with?”

Joshua sighs, knowing Tamia has a point about Rory being his total opposite.

Rory Carter is a twenty-five-year-old high-spirited YouTuber who entertains millions with his fitness videos and personal vlogs. He runs two successful YouTube channels: one for his English-speaking audience and the other for those who speak his native tongue, Korean. He also just so happens to live in Joshua’s town.

To those on the outside looking in, Rory Carter is merely a handsome, rich, and privileged millennial who got lucky and struck it big on the internet by uploading entertaining and informative videos. To Joshua, however, Rory is more than just a pretty face. And for Tamia, she would say that Rory Carter is the biggest distraction in Joshua's life right now.

A distraction that Joshua needs to sort out before it further fucks his priorities up.

“Since you don’t follow him for any fitness tips and tricks, it must be because of his looks, right?” Tamia smirks, jumping to all the wrong conclusions. “I get it. We all love ourselves someone tall, dark, and handsome. Doesn’t hurt that he has those big dreamy brown eyes and that pearly white smile. Although not my cup of tea, I admit the man is undeniably gorgeous.”

“Undeniably gorgeous and totally out of my league,” Joshua mutters, mostly to himself.

Even though Joshua isn’t interested in fitness, he has been a fan of Rory's for quite a long time. Rory's vibrant personality, not his looks, had been what converted Joshua from a subscriber to a super fan. Rory, as Tamia had said, is undeniably gorgeous. He is also every bit of Joshua's type, and in an alternate universe, Joshua might have made a pass at the guy by now.

But, in this universe, Joshua doesn't even have the courage to send Rory a DM on social media. As if they could ever be close friends. And as for a romantic relationship? Joshua knows he doesn’t stand a snowball’s chance in hell with someone like Rory Carter and it isn’t because Rory is out of Joshua’s league. It’s primarily because Joshua is gay, and Rory is not.

Joshua doesn’t set many rules for himself, but one rule that he does his best to abide by is this one—never mess with straight boys. Why? Because they bring nothing but headaches and heartache, neither of which Joshua needs or is looking for.

“Anyway, it’s more than just his looks,” Joshua says. “Rory is charming, funny, and kind. He takes time to actually interact with his followers, and he treats them like human beings instead of looking at them like they’re just another number. He’s genuinely a good guy.”

“Hey. Why are you looking at me like that?” Joshua asks after finally tearing his eyes away from the iPad. Tamia sports an unfamiliar expression, one that closely resembles pity.

“You totally are.” Joshua narrows his eyes. “You’re looking at me like you just caught the news that my dog died. You look sad for me, or like you feel sorry for me… Oh my God, wait.”

“This is about Rory, isn’t it?” Joshua sits up in bed, tossing the iPad aside. This isn’t the first time that they’ve argued because of or about Rory Carter, and Joshua knows it won’t be the last. “You must think I’m so pathetic, don’t you? Pathetic because I’m not a social butterfly like you. Pathetic because I’d rather stay home on the weekends than go out and party. Pathetic because I like a guy that I know will never like me back—”

“Joshua, stop.” Tamia holds her hands up in defeat, not looking for a fight. “You’re not pathetic. I’d never think such a thing about you. I love you as if you were my own brother, and that’s partly why I’m so damn overprotective when it comes to you, because at the end of the day, I only want the best for you…and Rory Carter isn’t it.”

Tamia takes a few more steps into the room until she’s sitting on the bed next to Joshua. She grabs one of his hands, smiling softly when their eyes meet.

“I truly do only want the best for you,” Tamia repeats. “You’re twenty-two-years-old, Joshua. You should be out living your best life, and no, that doesn’t have to include you partying and getting shit faced every weekend. Life is what you make it. But when life becomes you shutting yourself off from the outside world in a way that isn't healthy, I can't sit back and say nothing. I have to speak up. I have to do something, for your sake. 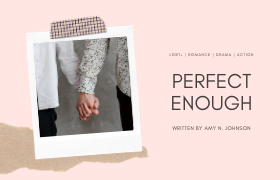 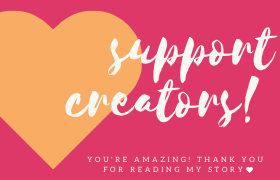 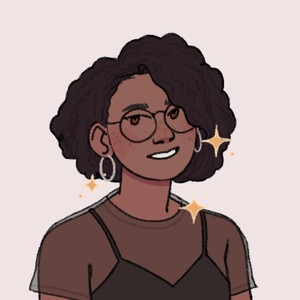 thanks for stopping by and checking out my story :D I hope you enjoy the ride ❤

if you'd like to check out my other work, you can do so here: https://www.wattpad.com/user/CameoLover93

and for my steamier projects: https://www.patreon.com/amynjohnson

see you in the next chapter ~ 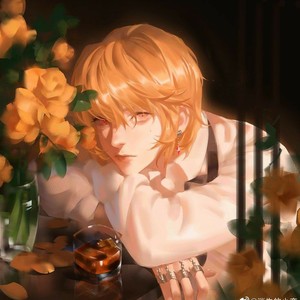 I love Tamia already! She seems like such a good friend. 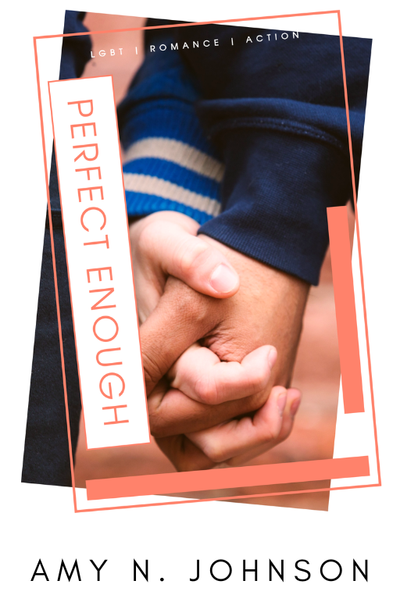 Twenty-two-year-old Joshua Jones doesn't have much going for him. He's a shy, soft-spoken introvert who, for years, has had a massive crush on the popular fitness YouTuber, Rory Carter, who just so happens to frequent the grocery store where Joshua works.

Joshua had always assumed that Rory was straight... until one night at a party, when things get a little heated and Joshua finds himself being kissed by Rory, the man of his dreams. It's a kiss that sets both of their worlds on fire—but what happens after you get everything you’ve ever wanted?
Subscribe 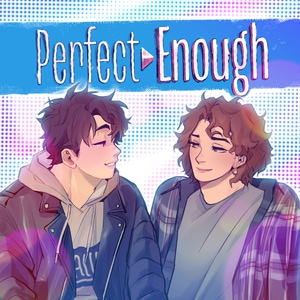