Please Let it Be Me

The rainy season descended on Dearest as if I didn't have more of a reason to feel depressed, but I wasn't going to let myself be bullied by my heart. I had my mind. I had my lungs. I had all these other working parts that should have a say in my emotions too. My mood should not be dictated by a blonde giant, who might walk into a room and not speak to me first. I shouldn't get all depressed because a blonde idiot didn't immediately reply to my texts.

My integrity was stronger than his smile.

Maybe a hair too strong, from all the pent-up frustration I endured every moment of the day, I shoved Cameron back into the rain. He stumbled with a laugh and quickly jogged back underneath the cover of the park's gazebo. The rain pounded the top of the gazebo with a vengeance like this was the spot a God got rejected under and he was still bitter about it.

"I told you it was going to rain. I knew we weren't going to make it home in time. I might be the one person that hates being right," I grumbled, scowling at the black sky over head.

He shook out his hair like a dog and I twitched, ready to shove him again. Cameron Hawthorne towered over me, over everyone with a wideset of shoulders and a princely posture. He had that golden sun kind of hair and that obnoxious big brown eyes thing happening and a chin dimple and all these other things that made my stomach churned.

He grabbed the end of his T-shirt, twisting the rainwater out of the cotton and revealing his tan stomach. Swallowing, I looked away and slipped off my backpack. It landed with a hard thud on the bench.

"How's the merchandise?" He asked, his breath tickling my neck hair. My books were fine, but I knew if we spent another second in the rain, it'd be another story.

"They're dry so you're allowed to live."

"Sweet," Cameron clenched his fist by his head and I bit my cheek to keep from smiling.

"Are you ever going to get your car fixed?" I asked, zipping my bag back up.

"You need money to fix cars and I have none."

Cameron's face twisted and he turned from me, taking a turn around the gazebo. "He uh, was going to..."

"But?" I asked, following him.

"Well, he wanted me to do some babysitting jobs. He lined one up for me with the Flores family, but I went to Thomas' house instead and uh..." He glanced behind his shoulder at me and my judging eyes. I could measure up everything with one look. He smiled awkwardly, "Yeah."

"No," I shook my finger, beginning to walk the other way. "You can't bullshit me. There's more to that story, especially when it comes to Thomas Perkins."

"What's your problem with Thomas?" He followed me now.

"My problem is you do dumb shit when you're with Thomas. He turns you into a ten-year-old. A drunk ten-year-old."

"Damn, Mark," Cameron grinned wider and my heart forgot the right tempo. Even on a rainy day, he could still shine like the sun. "How many kids do you know that get hammered?"

Cameron still grinned, unwavering like a strong pillar against the tide. He said, "Thomas and I took his mom's car and did donuts in the school parking lot-"

"You did not!" I turned around and shoved him. Suddenly, a spike of pain shot up my leg. I gasped as my legs buckled underneath me. Cameron was there in a flash to catch me. "Ow," I whined as the pain pulsated up and down my leg, consuming me. I was half tempted to cut the whole appendage off.

"Mark? What happened? Are you alright?" Cameron panicked and I could feel his heart beat thrumming. It made mine race even faster. The color drained from his face and it gave me more hope than I ever wanted. Hope tasted like the sweetest dessert, richer than I ever deserved. It tasted like the kind of thing I would crave forever, but never find again.

"It's- it's nothing." I released a breath and held onto his arm. He was as strong as the foundation of a house, keeping everything from crashing down. "It's just, you know," I said, my face growing hot. "The change."

"Right," I sighed, feeling like a prepubescent child. Cameron was already being mistaken for an adult, but how could he not be? So tall and built from football? Older wolves were trying to give him his number. Meanwhile, I'm plain with no muscle, no facial hair and bony fingers.

Cameron already went through this. His Alpha hormones were off the charts and he made the official change before anyone else. I wasn't a Beta. I wasn't an Omega. Just a Gamma, basically the most uninteresting wolf there could be.

"Hold on," Cameron said before I could think and swept me off the ground.

"Whoa!" I gasped, clutching his soaked shirt. The water slipped between the cracks of my fingers. With my face so close to his, I could smell his shampoo, aftershave and the mint gum on his breath. He always chewed mint gum. I found myself holding my breath as if to encase a part of Cameron inside of me.

Gently, Cameron placed me on the bench and I rolled my eyes. I grumbled, reaching for my leg to massage it. "I could have walked to the bench."

Cameron didn't hear me, his eyes distracted and wandering. He backed up, peering into the distance. "Okay, uh wait here. I'll be right back."

But Cameron was already running. He never listened to anyone. Not even me. Especially me. I watched him run back into the wall of water, disappearing down the park sidewalk and around the corner. With him gone, I gasped again, letting myself feel pitiful and wine over my aching legs. Shutting my eyes, I laid my head on my knee and focused on my breathing.

I only heard Cameron's feet as he walked back onto the gazebo. Peeking, I watched Cameron kneel down in front of me, drenched with water. Little droplets slipped down his golden bangs, turned a darker honey and fell onto my shoes. He held up two sodas.

"Where did-" I started to ask.

He picked my hands off, carefully resting the cold drinks on my tight muscles. I jumped at the bite of cold, but Cameron's hands were steady. He rolled the drink up and down my leg, massaging the pain away. His mouth quirked into that maddening smirk. "That's better, right?"

I nodded, unable to speak past the lump in my throat. My chest tightened, wishing I could reach out and touch him as if he was mine as if I had any right to do that. These cramps weren't going to match the pain I would feel when all of this was over, when I was an official werewolf, when I could look into his eyes and feel nothing.

When he could look into my eyes and feel nothing.

When it was clear, we weren't meant for each other.

"Don't be so nice to me," I begged him in a painful whisper.

Cameron shook his head, obviously confused. He just laughed it off, still shaking his head. "You don't make any sense." He continued to massage my legs, even when the pain stopped. Only when the rain calmed down, we decided to head home. Cameron and I lived on the same street, on either end. Before we were forced to separate, Cameron threw me one of the sodas. I placed it on my window ceil, planning to never ever drink it. 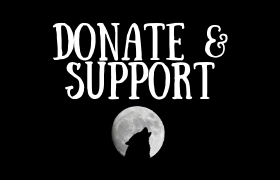 Hello friends! Now that we've gotten a little more of Mark and Cameron from Going Rogue, I wanted to start uploading this Novella. It's all about their backstory and how they got to point they are in Going Rogue. If you haven't read Going Rogue, you might be confused, but you might not... that would certainly be an interesting experiment, haha.

Anyways! Thank you for reading! I hope you're ready for angsty teenager Mark and teenager Cameron! This entire Novella is from Mark's POV and I hope you enjoy it! Let me know what you think about the story so far! Knowing where they end up, how do you feel reading about their initial relationship? Are you worried about the Novella's ending?

If you like my work, please consider buying me a coffee here: ko-fi.com/missbonnett 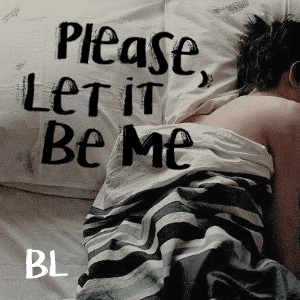 Please Let it Be Me

A "Going Rogue" Novella from Mark's perspective! So, if you haven't read Going Rogue, you WILL be confused.

Puberty is the worse, but Werewolf Puberty is ten times worse. However, by the end of it, you'll be able to see your mate. It makes all the pain worth it... but not for Mark Kimura. He doesn't want to be able to see his mate because that would mean finding out he wasn't meant to be with the beautiful, the charming Cameron Hawthorne, who he's loved his entire life.

It would mean, Cameron Hawthorne didn't love him back. 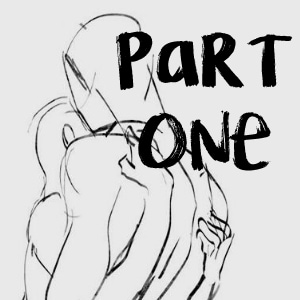