It is such a terrifying thought until you have to stare it directly in the eye. But what could it possibly mean? Does she blame the slight change in atmosphere the moment she opened her eyes this morning or the black SUVs that have been following her around for the last three days? At twenty-five, Selene has accomplished more than some could ever dream of in one lifetime. But here she is, stuck, lecturing a bunch of students that are barely four years younger than she is about dreams and premonitions.

“…and that is how large of an impact sleep-induced premonitions had on Mesopotamian literature,” Selene says, dragging out the last bit of her lecture, giving the group of twenty or so uninterested students a blank glare. Only a handful are vigorously writing, but whether or not they were recording her classwork or finishing up another, she does not know and frankly does not care.

“Any questions?’ She asks the class but only a few manage to lift their heads in her direction. Her eyes move from person to person until her gaze meets that of another person sitting in the far back corner. From the moment their eyes met a strange feeling, one she cannot quite explain, washes over her. The word "death" rings loud in her ear once more. The young woman looks completely out of place among the rest of the class. Both of them look away in confusion. One more so than the other.

“That would be all for today. We’ll pick up where we left off on Monday so finish reading the section on Mesopotamian Deities.” As soon as she said those words the students were up and ready, heading straight towards the door. It is hard to believe that merely six months ago she was still at the top of her game. Digging in various archaeological sites across the world, trying to uncover the secrets both the Greek dynasties and the Vatican has hidden away for thousands of years. A few too many mysteries have gone unsolved. But here she is, teaching a simple Eschatology class to students who would rather burn in the pits of hell before sitting in for one of her lectures. She was never the kind of teacher her mother was… A sudden march of footsteps behind her pulls her from her walk down memory lane.

“Miss Athanasios, do you have a moment?” Selene turns around, expecting a wandering student, but came face to face with the intriguing stranger from class.

“Special Agent Tyler Marks, AOD.” The stranger flashes a golden badge but puts it away before Selene could ever study the detail on the crescent. Hearing the name "AOD" sends her back in her stance for a split second. A little bit of anger seeps through her veins. Some kids trying to pull a prank on her today are not part of her agenda.

“Look, I don’t know what type of pranks you senior are pulling this year, but I do not have time for whatever this is. And it’s Doctor Athanasios.” She shuffles a few different folders around on her desk, ignoring the intruder.

“This is no joke, I promise you that.” Special Agent Marks smoothly replies with no hesitancy, looking down and smiling at Selene’s form. Out of the corner of her eye, Selene sees two bulky men in dark suits entering her classroom, closing the doors and locking them all in. They did not say anything nor did they move.

“This is impossible. The Ancient Order of Delphi is nothing but a myth and a bedtime story. I wrote a whole damn book about it!” The Greek beauty stressed out, dropping the papers in her hand onto the table with a bit more force than necessary.

“I have spent half of my career searching for any concrete evidence that the AOD existed. Most of the myth is based on legend, a few vague mentions made by Plato and Homer and an odd one or two vases at the Delphi dig site.”

“The AOD is very much real, Doctor Athanasios and that is why I am here.” The agent casually walks around the fairly large mahogany desk, smoothing down the edges and picking up a familiar silver picture frame. In an instant, before anyone could detect the light change in emotion on Tyler’s face, Selene grabs the frame from her hand and presses it against her chest. She presses past the young doctor's actions and continues her mission.

“So you’re just here to recite my resume, Agent Marks?”

“Smart and feisty. A lot like your mother.” Tyler says, slightly looking away as her voice dips at the end of that sentence. This intrigued Selene’s interest.

“You knew my mother?”

“Matilda? No, not personally, but I’ve heard stories…” She leans against the desk, a holster with a gun shimmers in the light of the room as she folds her arms. A lot remained unsaid between the two of them for a few seconds, but Tyler straightens and resumes the interrogation.

“What can you tell me about the Sainthood?”

“Just like the AOD, there was never any concrete evidence that it ever existed…” Selene takes a deep breath and puts the frame back on the desk. Tyler’s icy blue eyes follow her every moment as she waits for her to finish the sentence.

“According to Vatican archives, twelve Catholic priests broke free from the church in 1484, just after Pope Sixtus IV was elected. A handful of historians claimed that they left to follow the one true God- not the one they were praising in the Sistine Chapel- but the majority speculates that they were executed due to same-sex relations. We all know that the church very much frowns upon that.”

“And what do you believe. Selene?”

“I believe that they left because of something the AOD had but was no longer in their possession… Pythia’s Book of Prophecy, but that was never proven. The existence of both the book and the Sainthood, judging by the fact that I have an actual Agent of the AOD standing in front of me, I am smart enough to realize that it all might just be true. How am I doing?”

“Two things…” Tyler straightens from her lean and slowly walks towards the young woman.

“First. It’s Special Agent…” She smirks, but soon enough it was replaced by something else as she softly touched Selene’s shoulder. The smaller woman looks up at her in confusion.

“And secondly. I am so sorry.” Before Selene could even react, Tyler jabs a needle that seemingly appeared out of thin air, straight into her heart. Injecting a clear liquid. She tries to grab onto the arm that has the needle embedded into her flesh but fails miserably as her arms go completely numb and her whole body starts to shake. Tyler does not waste any second as she removes the rod from Selene’s chest, throwing it to the side as she helps Selene’s stiff and shaking body to the carpet.

“Shh, it’s okay.” She says, wiping hair out of Selene’s face as her body continues to seize. White foam starts gathering at the edges of her mouth and her vision starts to cloud. Tyler’s worried expression fades in and out of focus. Through the blurriness, Selene can make out another syringe, this time filled with a bright yellow serum. She could not fight her murderer, but as soon as she felt the needle press against the back of her neck and smelling a faint note of vanilla, there was nothing but excruciating pain and silence as her body seized for the last time...

Selene wipes away the droplets from her cheeks as she slowly opens her eyes. Prepared to meet icy blue eyes and bright lights, instead, it was dark and cold as the droplets echos in an unfamiliar cavern.

“Hello?” She asks as she sits up but only her echo replies. Her hands are damp from the ground and rock that surrounds her.

There it is again. A soft voice calling out her name.

“Show yourself!” Selene yells out into the cavern until a shimmer of light starts to brighten, taking on the form of a woman.

“I am the whispers of the future.” The bewitched stranger simply says, the gruffness in her voice audible, almost like she has not spoken for thousands of years.

“Listen to me carefully, child. Time is not on your side. The great darkness is about to rise, one that can turn the entire world on its axel. You are the key!”

“What are you talking about?” Selene tries to ask the witch, but the beat of her own heart starts to echo in her ears and she feels herself start to fade again. The old lady grabs onto Selene’s arms and stares her straight in the eyes. Her eyes were dark and looming compared to Selene's.

“The Infant Stone. Beneath the Infant Stone.” The witch manages to repeat before Selene disappeared from her touch. The witch takes one last look at her hands before she too fades back into the sand, leaving a faint yellow glow behind. The same glow that used to flow through the blood in her veins.

“Selene...?” Selene open her eyes once more, but this time she met those of Tyler Marks. For a moment she forgot what this woman just tried to do.

“Hey-hey, it’s me. You’re okay.” As soon as the once unconscious woman realized their position she scrambles backward, her back hitting her desk leg.

“Get away from me!” Selene shouts, still reeling from the weird vision she had.

“I know what it looked like, but I was only trying to help you.” Tyler scoots closer to Selene, putting her hands up in surrender.

“By sticking a needle into my chest?”

“Your body needed the adrenaline to go into overdrive before I could administer the serum.”

“But why?” Before Tyler could even answer a bullet strong enough to pierce through wood, rips through the door and hits one of the men. He falls with a loud thud to the floor. Both of the women remained frozen in time for a split second, observing the mess in front of them.

“Tyler, you got to go. The AOD tracked us down! I’ll cover you, but you’ll have to move now.” The only man left standing yells down at Tyler.

“Michael, I’m not leaving without you.”

“Just go!” Michael yells back with much urgency.

“But you are the AOD?” Selene asks Tyler, bewildered.

“I am... Was. Look, I promise you that I will tell you everything, but for now, I need you to trust me, Doc.” Tyler holds out her hand for Selene to take as a few more rounds of bullets are exchanged between the man on the inside and whoever is waiting outside for them.

“Then give me something to believe in now.”

“The great darkness is about to rise, one that can turn the entire world on its axel. You are the key, Selene.” Tyler replies, repeating the same words the woman in the cave used. Maybe it is all connected? The slight shift in the atmosphere and the creepy old woman’s prophecy. But there is one thing she is very good at, following the signs that are meant for her and that is exactly what she did as she took Tyler’s waiting hand… 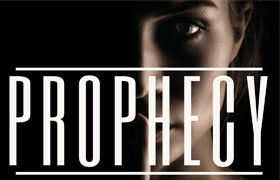 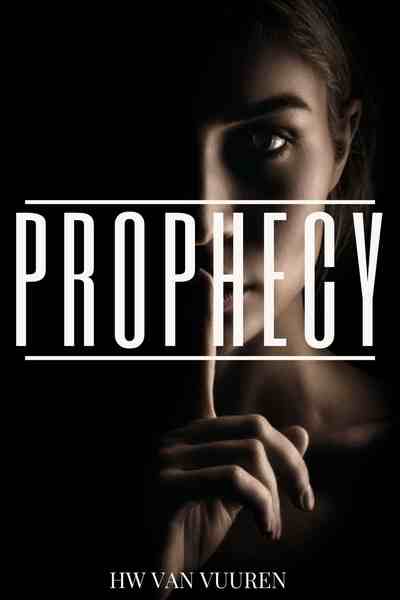 Secrets and a lifetime of lies, just as prophecy predicted.
The very person standing between good and evil becomes their only hope in saving the world from an unstoppable force.
Subscribe 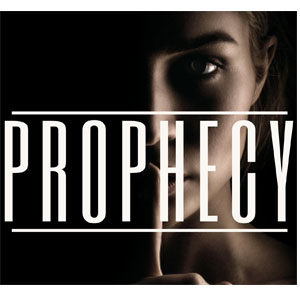