It started out as any other day.

Eight o'clock on a calm, autumn morning, Leo sitting at the kitchen table of his apartment minutes before he was to leave. His college was about a fifteen minute drive from the dorm complex, and the twenty-year-old music major always set it in his mind always set in his mind that he had to be out of the building by 8:15 so that he could be comfortably early to his 9:00 class.

He stared down at his now empty cup and sighed, running his lazy hand through his hair. "I'm bored," he thought out aloud. His eyes drifted over to the door. Nothing was stopping him from leaving. And, realising that he had no point in staying, he slipped on his coat and left his apartment.

The cheerful voice of one of his neighbours greeted him suddenly. Someone close to his age, a friendly girl who Leo hardly ever interacted with for the sole reason that he was afraid to. So he simply forced a smile, gave a tiny wave, and ducked around the corner to get to his car before an actual conversation could ensue.

He had become quite skillful in avoiding such things, though it tore his own soul to know this.

Fifteen minutes later, Leo was pulling up to the campus. He popped open the driver's side door and stepped out, then took a moment to breathe.

It could be a good day if he just remained calm.

It could be a good day if Leonardo Diaz just chose his steps carefully.

Again, another person he didn't know well was trying to talk to him, but he was acquainted even less with this person than his neighbour. Still he gave the same reaction——forced smile, tiny wave.

He was used to it. Used to the greetings, the looks sent by individuals attracted by his handsome face. He always tried to dress casually to avoid attention, but it never worked.

"Leo! Just the person I was looking for!"

At the sensation of someone slapping an abrupt hand on his shoulder, Leo nearly jumped out of his skin, firing an immediate look of dismay at the boy responsible.

William. A boy from among many with whom he shared classes with, but he recognised William because the two sat near each other on most days. But again, they weren't close, and Leo did not consider them friends. He did not have friends. At least not here.

"Why were you looking for me?" Leo asked, almost afraid of what the answer might be. William beamed. "The homework," he chimed. "You did it, right?"

"Awesome! I totally did it too! And that's why I'm not here to ask you to share."

Rolling his eyes, Leonardo tried to shrug William off, surprised to find it actually worked. But the boy stilled followed him.

"I'll treat you to lunch? Oh!" He snapped his fingers. "I know! How about you join my group and I tonight for karaoke? I'll buy you as much food as you want. And maybe I could even hook you up with one of them, eh? Whichever way you swing, pal—"

"I'd rather not," Leo cut him abruptly. Realizing he might have sounded a bit cold, he let out a deep sigh and reached into his bag to retrieve the assignment given to them yesterday. "Just take it, and make sure I get it before the class begins."

"Dude." Now with the papers in his hands, William's expression sparkled with joy. "Leo, you're a saint. I'll make up to you, I swear!"

Just like that, he was gone. Leonardo considered himself a bit foolish for letting the boy take his homework, but deep down, he knew William would get it back to him. He wasn't his friend but Leo didn't consider him a bad person. At least from what he knew.

Twenty-five minutes till the start of the class. Leonardo made his way to the classroom as discreetly as possible but casually at the same time. He just wanted to blend in. That's all he ever wanted.

Successfully, he arrived with plenty of time to spare. Collapsing in his usual seat, Leo set his book bag aside and internally prayed for William to get back soon. He suddenly recalled that the boy would stumble into class on numerous occasions, seconds before the bell rang...

Not again. Curse my bad luck.

Gradually, Leo lifted his head, shifting a very hesitant glance over to the person who had just so softly addressed him—a girl with round doe-like eyes, brown, naturally curly hair, a shy smile attempting to break through her quiet exterior. Leonardo recognised her, too. Just another face belonging to someone who happened to sit near him in class often.

The doe-eyed girl nearly flinched at the response. "Sorry, I...hope I'm not disturbing you," she said timidly. Leo fought back the urge to roll his eyes.

"Is there something you wanted to ask me?"

"I was just..." The girl glanced at the seat beside Leo. "Are you saving his for someone?"

"I don't know why you'd want to, but I honestly don't care." Leo looked away, clearly disinterested. "Go ahead."

So the girl quietly slid into the empty chair, offering a soft 'thank you' as she set down her things.

With the amount of empty chairs in the room, Leo wouldn't deny being a bit annoyed that this person chose to sit by him. Then again, it didn't bother him that much. It was more or less a paranoia, turning away even the mere presence or idea of a potential friend.

Paranoia and Noah who lived back in Seattle, were the only friends who he knew, and believed who he would ever know.

Before too long, the start of class approached and so did William, at lightning speed with Leo's assignment nearly spilling out of his hands. He slammed the papers down in front of the boy and proudly announced, "I've done it again. Incredible."

And again Leonardo had to just sigh.

He went through the class peacefully, as the professor spent most of the time talking and reviewing things concerning the previous night's assignment. Leonardo kept quiet, listened, and took notes like usual. Just like a good student. Good student. Everyday, average student.

He tapped his fingers anxiously, moments before the professor dismissed them.

Rising from his seat, Leonardo scooped up his bag, failing to acknowledge the girl from earlier who had asked to sit next to him, now trying to get his attention. It was too late though, and she missed him.

His next class wasn't for another hour—a fairly long expanse of time, but not long enough that Leo would like to make the trip back home to his dorm just to drive back fifteen minutes later. So, although he wasn't fond of doing so, the boy typically wandered around campus until it was time for him to go.

Too many people spoke to him as though they were friends. And Leonardo didn't have it in him to ignore people, at least not most of them, so again, he responded with his signature forced smile and wave. Usually it was enough. Usually.

A loud whisper from the girl who addressed him. He tried as subtly as he could to hint that he couldn't stop to see what she wanted him to see, but the girl extended her arm to seize his forearm and draw Leo in towards the group of people clustered together.

Amidst the group stood there another girl, this one holding carefully a lizard of some sort on her arm, its tannish head alert and raised.

"It's a bearded dragon," the first girl said excitedly. "I never thought I really liked reptiles but isn't it adorable?"

He really had no opinion on the creature. As a kid, Leo always liked going to the zoo, but in all honesty, the reptile and amphibian exhibits bored him. All he could do was stare at the things and wonder if they would ever move.

"Hold it," the girl holding the lizard said with a smile. "I'm Lucy, by the way. It doesn't bite, Leonardo, I promise. Just let it rest on your arm like this."

Even though he showed blatant hesitance at the idea, Leonardo soon found himself being handed the foot-long reptile——it seemed twice the size once it was actually on his arm, but he knew it was only his imagination.

The bearded dragon was a calm creature. Once placed on his forearm, it rested there, still and quiet. Leo's nerves relaxed for a moment.

"A little." He gestured Lucy to take it back, and so she placed her hands over the lizard's back and prepared to lift it.

It held tightly onto Leonardo's arm—especially its front legs, which to the boy's horror, he could feel digging into his skin. His panic switch flipped.

"Relax, Leonardo," Lucy laughed. "He probably has taken a liking to you. Here, just stay still; I'll get him."

But Leo couldn't stay still. He could feel his arm shaking like crazy. He could see the reptile still clinging to him as if he were its last breath of oxygen, and he didn't like it. He didn't like it at all.After some time, Lucy managed to safely get the hind legs up in the air, but the front two still stayed.

He couldn't bear it. Instinctively, Leonardo tore his arm away from the lizard's grip. But as a result, he received two scratches that were a bit deeper than he would have liked.

He didn't register anything, until he looked down at his arm, and there he saw what the creature had done. Those scratches, seemingly small, were enough to allow blood to escape and meet the air.

They escaped the cuts and slid across his bare skin.

Leonardo attempted to smear it away but more escaped. His frantic eyes scanned the horrified faces of those around him.

In his state of borderline-madness, Leonardo once again failed to notice the presence of that girl from earlier, who saw everything—that is, everything that she needed to see.

She rushed up to Leo as quickly as she could and held out her hand to the fallen boy.
But Leo just swatted it away without even thinking, and at the same time scrambling to get to his own feet.

Leaving his car, leaving behind the girl and all others who had seen.

All his efforts to keep a quiet life shattered in a day. 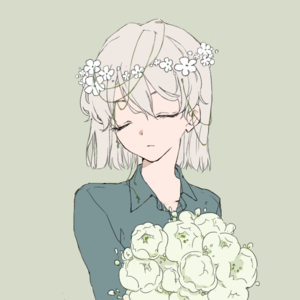 Song of the chapter: Paranoia by Kyle Olthoff and Taye
https://open.spotify.com/track/54QIrHUL1Dt771zQw1Wiqu?si=71af74dc3dd146b3 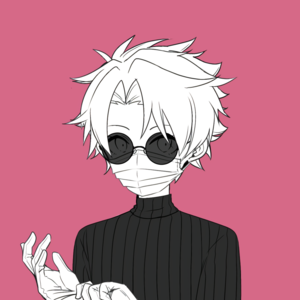 I'd actually disagree with another commenter saying there needs to be someone directly opposing/disliking Leo, not only because it's refreshing to not see that in this setting, but also because I think this chapter is trying to intentionally communicate that isn't the point -- a lot of the story is clearly about how Leo views himself and how he interacts/perceives or doesn't perceive the people actively trying to help him.

I think you establish a lot in a relatively short amount of time, and a lot of it really does work! I do feel like the latter half brings out a lot of unnamed girls, so it gets a bit harder to track who's who, but it wasn't a huge issue in the long run. 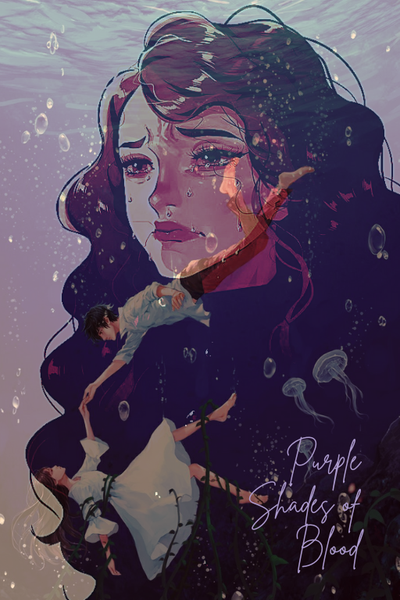 "You're not a freak, Leo. And there's nothing you can say that will ever convince me otherwise."

Leonardo Diaz lived quite a normal life as a college student. But that one fateful day when thick drops of blood spill, purple blood, is also the day when his life is torn into pieces. Here lie the remains of the days where everything that didn't make sense starts to unveil, for the better or the worse. 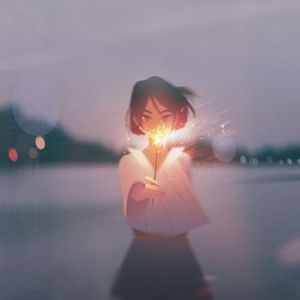