Thunder soaring through the sky, grounds shaken up and then lies 3 figures near big orb floating above the ground. 2 mysterious persons in red cloak watch over it while the third person is in agony facing the ground as he has lost something with a small orb in front of him.

Figure 2: “Well, they had no choice than to use the forbidden seal”

Figure 2: “At least they were smart enough to put the last survivor of the Phoca Clan inside this regen orb”, “He will be the key to destroy that seal and the great KING XENON WILL BE AWAKEN”

Figure 3 then rise up while holding the orb in his left shouting “NO YOU WON’T!!! THE ARC RISK THEIR LIVES TO SEAL THAT STUPID XENON, STOP THIS POINTLESS WAR AND SAVE THE LAST REMNANT OF PHOCA. IT IS MY DUTY AS A GUARDIAN TO KEEP THIS ORB SAFE AND FULFILL THE ARC PROMISE”

Figure 2 then look towards Figure 3 with the face of a woman slightly reveal under the hood chuckling as Figure 3 was shouting at them.

Woman in red cloak: “It’s not nice to talk badly about the Great King. You guys only managed to seal him, not kill. The seal will be gone in few years since it wasn’t cast by multiple King’s power but merely a group of outcast Ancient Warriors.”

The orb in the man’s hand start glowing and a voice can be slight heard.

“YOU NEED TO RUN FIRST. WE SAVED ABIT OF OUR ENERGY INSIDE THIS ORB JUST TO TELEPORT YOU TO THE HUMAN REALM PORTAL”

“YOUR SAFETY AND THAT ORB IS OUR HOPE RIGHT NOW, GUADIAN TATSUYA. GO TO THE HUMAN REALM AND FIND POWERFUL WARRIOS FOR THE NEW GENERATION OF ARC”

Tatsuya then look at the orb with sorrow face with no other choice than to run as that is what the ARC wants him to do for now.

His body then started glowing with energy particles and he was teleported to somewhere else.

Tatsuya: “I PROMISE YOU THAT I WILL RETURN AND MAKE SURE THAT XENON WILL PAY FOR WHAT HE HAS DONE”

The other 2 in red cloak stand there quietly and watch Tatsuya gets away easily. It seems like those 2 had planned something incase Tatsuya flee to the Human Realm.

As Tatsuya soaring in the sky, a cone shaped pillar with a slight crack can be seen from a far. He then entered through the crack with energy particle exploded around it.

Shifting to the Human Realm, a slight crack was made in the night sky hinting that someone is about to enter the realm. Then the crack got bigger and a crash sound can be heard from the ground.

Tatsuya: “YOU COULD AT LEAST SAVE SOME BARRIER FOR ME TO FRICKIN LAND!!!!! MY BODY ALREADY HURTS ALL OVER THE PLACE FROM THE WAR AND NOW IT HURST MORE!!!! THANKS DUH!!!!!!”

Tatsuya was very………angry towards the orb. Though the orb doesn’t have anymore presence of ARC energy and yet it was blamed by him.

As Tatsuya was in furious mode from what’s happening right now, a footstep can be heard from behind him. Tatsuya notice the man and quickly turn around. The man is wearing a dark suit, with a orange color spike pad on his right shoulder and hair made of silver flame.

Mysterious man: “You think you can run away just like that? Be a good Guardian and hand over the orb.”

Tatsuya then shake his head and insist on handing it over.

The mysterious man then smiled at him with no further thinking charge towards him to KILL TATSUYA. His body started covering in darkness, his smiled is covered in red stain and his hair started to glowing furiously in dark flame.

Tatsuya: “You leave me no choice then…”

Tatsuya charged at him in blue beast transformation.

The two exchanged blows to blow with Tatsuya overwhelming the enemy with rapid strike and strength. The mysterious man managed to parry one of Tatsuya attack and gather energy particle at the tip of his finger.

He then unleashed a devastating blast “DARK IMPACT” towards Tatsuya. Tatsuya was pushed a bit far from the enemy and managed to block it but the powerful blast did hurt him a lot due to his weakening state from the crash and war. Tatsuya realized if he dragged it too long, he will be out of energy. He then jumped upwards and create blades from both of his hand wanting to finish this fight in one strike.

The enemy look at him as he was waiting to counter Tatsuya strikes. With remarkable speed, Tatsuya appeared behind him delivering the final blow “DEVIL SLASH” towards the enemy slicing his head and lower body.

After that Tatsuya’s Zoan Form begins converting back to his original body. He was shock that the form didn’t last long like it used to.

Tatsuya: “Damn, having no rest during the war really made me weak. The Zoan Form could’ve last long since it requires small amount of energy to use. Good thing I manage to kill him before this happen if not, I would be a goner.”

While Tatsuya was talking to himself, a faded menacing laugh can be heard. Tatsuya searched for the laugh and the mysterious man appear behind him with his sinister smile and ask Tatsuya “ARE YOU SURE YOU’VE KILLED ME?!” The menacing laughs creeps the shit out of Tatsuya and he instantly stay far from the enemy.

Tatsuya: “Wha-…HOW ARE YOU STILL ALIVE!!! YOU COULDN’T HAVE SURVIVE MY DEVIL SLASH WITH YOUR HEAD CUT OFF FROM MAIN BODY !!!”

The Mysterious Man only laugh at Tatsuya as he was clueless on what’s happening right now.

Mysterious Man: “Ha Ha Ha…The answer is pretty easy. I’m from one of the special clans that should be extinct but the Umbra King saved us centuries ago and now we served him as our sign of gratitude. DO YOU RECALL THE Lamia Clan?”

Tatsuya: “…No way… Our Lord said that the Apostle execute the Lamia Clan because of their immortality at night and they made sure that no one should’ve survive that war centuries ago…”

Mysterious Man: “Yes that’s true but the Umbra King had something in his sleeve to keep us from the sight of the Apostle. And now King Xenon wants to create a whole new world in the No Name Realm! Sadly you guys interfered with his plan so…in order to continue the plan, I WILL NEED THAT ORB!”

As the enemy charge towards Tatsuya, his sight begins to fade and he is slowly losing consciousness due to fatigue. Tatsuya collapse to the ground and the enemy stop in front of him.

He looked at Tatsuya, grab the orb and turned around looking at the crack in the sky.

Mysterious Man: “No matter how much I want to kill you, attacking a defenseless enemy is not a thing in the ranks of the Umbrean General. I’ll spare you for now and let you witness THE RISE OF THE GREAT KING XENON!!”

The Man flee from the scene and Tatsuya is just laying on the ground with their hope left by the Arc taken by the enemy. 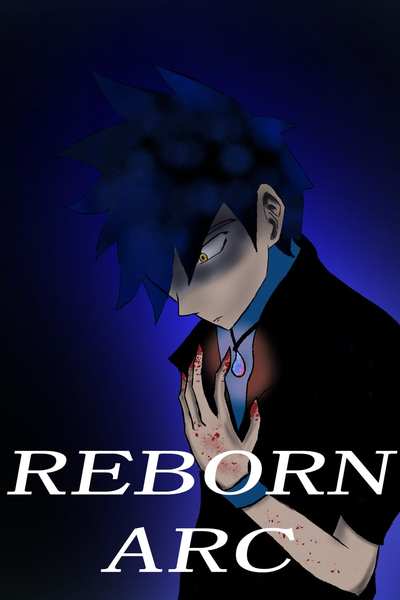 Many dimensions exist on earth but one day, the Ancient Realm was overthrown by an unknown enemy that wants to find the portal to the No Name Realm, a forbidden realm that should not exist. The Arc managed to seal the enemy but a new generation is needed to prepare for worst? Just what is the secret for this forbidden realm?
Subscribe 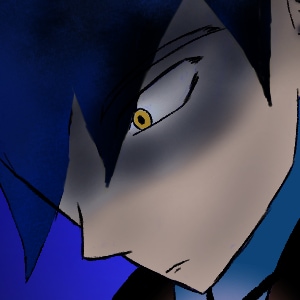