Jae was a prince, he lived in a palace far from the North, he was an only child, and there was a concern for him for that, and with that the King accepted the abode of a bastard son of one of his dukes there, to do company with the child. For the Duke, it could be an honor, but he just wanted to get rid of the bastard and hide the fact, the boy was raised as a servant of the court, his obligations were to keep the prince company and never leave him alone. Jae and the bastard boy were alphas, and because of that there was no concern about keeping this task, it had no biological hazards. But Jae always had the bastard as a toy for him, it was disposable, and because of that, the relationship between the two was very different. When Jae reached adolescence, he began to have strange desires, some desires for the girls, but he couldn't touch them, not even the servants, but he wanted to try. He then took the bastard with him to put his plan into effect.

"What are you trying to do?" asked the boy.

“When one of the maids comes, we'll cover her mouth and tie her up,” Jae said.

"And he's going to do it with the first person who walks in, without even having feelings for her." The boy knew what Jae's intention was.

“Of course not, I chose the most beautiful of them,” Jae said, looking around the doorway, “here she comes.

The bastard saw the girl's face, he knew who she was, he knew her because he watched her in his spare time, he was in love with her, it's because they were both servants he saw a possibility.

He couldn't let that happen, not with the sweet girl he was in love with. When she was approaching the room, Cas closed the door, which prevented her from entering, as she thought there was someone, and went to another room.

'Get a grip, she'll come back and I don't want any more mistakes.

— She's young, better choose another — said in an attempt to change his mind -—there are so many.

"She's perfect for what I need, I don't want to practice kissing with an ugly old servant," he said, upset.

When Jae opened the door again, Cas despaired and closed it again and then kissed Jae in surprise.

Jae, surprised by the act and with a face still a little surprised, pulled Cas's face again, kissing him longer.

Cas, who couldn't like it because Jae was a man, tried to stop it there.

Jae grabbed his arms and kissed him again, he didn't seem to want to stop after two kisses.

The soft lips, the peculiar taste and the way the taste of blood and power on other people's lips mingled with the texture of the mouth made him thirsty for more was addictive to the prince.

Jae seemed satisfied after leaving Cas red-mouthed due to the excess of biting and kissing. Cas who was with sore lips wondered what he had prevented the girl he was in love with from going through, besides, she could fall in love with Jae, and that was her fear.

"What happened to you Cas?" Were they by any chance hunting swarms of bees?

“You need it as usual,” he lied blatantly. “I still tripped and ended up cutting myself.

“You're lucky it's not so swollen,” she admitted, “go wash up, maybe the color is just blood. As for the prince, is he all right?

— That's what matters, now cover yourself, it looks terrible.

Madame Bovary was curious, many of the servants ended up learning to lie better than withholding a new gossip, she was not usually discreet and always called a meeting with everyone whenever something out of her liking happened.

The servant he protected didn't see him like that, and he thanked the angels for that.

The next day he went to Jae's room, as usual, he was waiting for him and they were going to train or study in the library, this time it was different, the prince was sitting on the bed with a wide smile on his face.

"You took your time."

“I'm sorry, I didn't think I took more time today than the other days.

— But you won't be late for classes at the library, it's after practice — Cas didn't understand the change, Jae wouldn't let him sit on her bed, he was just a servant.

"Because there are so many questions, I thought your purpose was to indulge my will."

Cas approached the bed and sat down. But who was beside her, swung her leg over Cas and was now sitting on her lap. This was weird, too intimate.

— What are you doing? — Cas didn't dare put his hands on the prince and take him off of him, it was too daring.

Cas was restless, he didn't want that kiss, but he couldn't hurt the prince by pulling him away from him, he didn't want to kiss another boy one more time. The day before he had been terrified, but in the current situation the servant was in no danger and he couldn't let the misunderstanding go too far.

— Kissing in this position is cool, I don't know why I haven't tried it before — Jae said, running her finger over Cas's lips.

"I didn't want to make the wrong impression by kissing you yesterday, I just wanted to avoid problems with the King and Queen, they certainly wouldn't approve of you meeting other servants." They are betas but still pose a threat.

"I understand, and I even prefer you, so no one else will be involved, and you and alpha, which would go wrong."

“Shhh.” Jae kissed him again and continued until someone knocked on the door.

Jae got out of Cas's lap and went to open the door. Cas turned to one of the pieces of furniture, trying to hide her reddened face and lips.

"Didn't show up at the library for class, I came to see if everything was okay," said one of his teachers.

"I fell asleep a little, I'll take a shower, and I'll be there soon."

— Is it scary? — Jae kissed him some more and then walked away, went to class.

Cas was shaking, he was scared, really scared.

First the misunderstanding, then the risks, and also the repudiation of having to kiss another alpha, even a prince.

Cas had to wait for Jae outside the library like he did every day, he was scared of the prince but couldn't get away from him.

It was strange that even so young, he was curious about relationships. He was part of the court at balls and dinners, but the interest in kissing should come when he was engaged. Cas and the prince were a year apart, and even though Jae had aroused interest in knowing how to kiss, Cas didn't think about it, he only thought about his beloved, maybe the prince has feelings for someone and just wanted to learn how to act on these occasions.

After class and meals, Jae stayed in the library. He wanted to go to the garden, but someone might see him. Cas was waiting for him at the door, and he knew it.

Cas came in, he didn't get closer to Jae, he stayed farther away and kept upright.

"What do you think of them?"

— About kisses, what do you think?

— I think they are good majesty.

— Have you ever kissed anyone before?

A slight smile spread across the prince's face, the answer pleased him.

— How can you say they're good if you haven't tried others?

“I'm not sure, in some books they're fierce, in others calm, but in real life, I feel like it could be both, or neither, just my way.

— If I may, Your Majesty. Would you be curious about the subject, having feelings for someone?

Jae looked at him in surprise, it seemed like an invasive question.

— Does that bother you?

— No, on the contrary, it makes me happy.

— Are you jealous, Servant?

— Not. It was a misunderstanding, I didn't mean to be disrespectful, forgive me.

Cas was serious, he was too excited. Jae was a prince, not his friend. He stayed outside, didn't dare address the word to the prince again, he might annoy him. 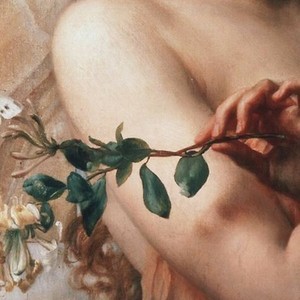 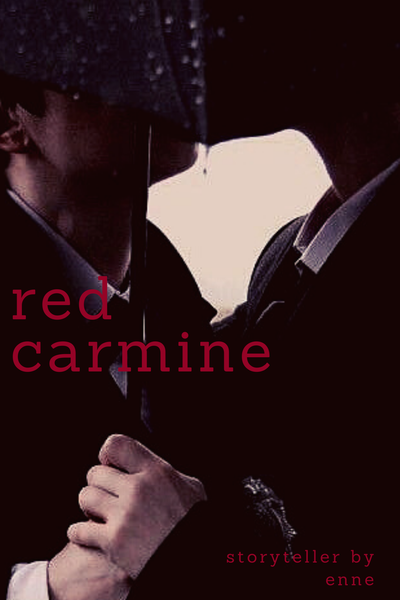 — What are you doing? — Cas didn't dare put his hands on the prince and take him off of him, it was too daring. 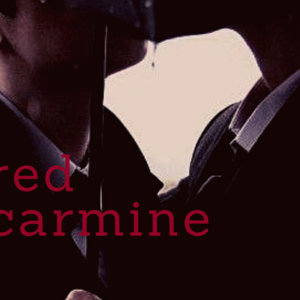