Luke was your everyday average Joe, fresh out of college and looking for a job. He had chestnut brown hair and dark brown eyes.

"Ahh, this weather sucks, I just can't wait for autumn to come!"

Luke was talking to his friend Alex, who's known him since the high school days. They powered through college together and always had each other's backs covered.

"Luke, mate, stop complaining so much. Summer is the season of love! Let's go find you a girl already, yeah?"

'Easy for him to say, he looks like one of those models that get whole ads to themselves! On the other hand, it's not that I'm ugly, but I simply pale in comparison while we're together like this. It's obvious who the girls are gonna come for first.'

Luke was visibly flustered. Alex used to date girls left and right during college, yet Luke has only had a few proper dates during that time.

"Look, Alex, I'm not looking for a girlfriend right now, so let's just focus on getting this job, alright?"

They were heading to a job interview at a local IT firm. Luke did not yet realize that this would be his last day on Earth.

Saying that, Alex winked and rushed off to a nearby coffee shop in search of a toilet. Luke sighed heavily.

"That guy seriously has no manners..."

Luke sat down on a bench next to him, hiding from the scorching summer sun in the shade of a tree.

Before he realized it, he dozed off and fell asleep. It must've been the sleep deprivation he went through while job-hunting.

Or so he thought.

A shrill noise rang out, akin to a pig screeching while getting butchered. Luke jolted awake.

Luke looked around him, a dense forest surrounding him on all sides. The sky was calm, with a grayish hue all over.

He was sitting down and leaning on a tree.

Questions kept pilling up, yet Luke wouldn't get any answers.

He realized quickly that he wasn't in his hometown anymore, and that he was all alone in this dark forest. The trees were all dried up, looking as if they've been drained of all of their vitality.

The very same shrill noise that jolted him awake earlier could be heard again.

Perplexed, Luke thought he might be having a dream.

A sure-fire way to check was to pinch himself.

If he feels no pain, this would indeed be a dream, but to Luke's dismay:

He pinched himself and he felt the pain. This was no dream.

Luke shouted at the top of his lungs:

Luke was feeling anxious because of the creepy noises from earlier, so he decided to risk asking for help anyways, as that shrill noise could've come from cattle being slaughtered.

Luke would realize very soon that this was the worst possible thing he could've done in this situation.

Luke could hear twigs breaking at a rapid pace. At this point, he stood up, his anxiousness at its limit.

"What the actual fuck is this?!"

Luke couldn't help but cuss out. He finally came face to face with not one, but three strange creatures.

They would best be described as bird-like creatures with huge, razor sharp beaks, short but thick legs and small wings, that looked almost funny compared to the total size of the monster, one of which was easily bigger than an adult human.

One of the bird monsters started screeching.

"So, this was the noise that I kept hearing..."

The second he said that, Luke broke out into a sprint. He was running away as fast as he could.

The bird monsters started chasing him, as if enraged, screeching louder and louder. They were faster than Luke thought, considering their short legs and big stature.

After managing to run for nearly 10 minutes, Luke's stamina just about ran out.

Panting heavily, he could see the bird monsters slowly catching up to him.

"What should I do? Goddamnit!"

Luke spotted a thick branch on the ground next to him, reminding him of a baseball bat.

Alex was the captain of the college baseball team, wielding his bat as if it was an extra limb that he was born with.

Luke grabbed the branch and took a posture, seemingly imitating Alex's stance that he saw so many times.

"Come at me you bird bastards! I'll take down at least one of you!"

Luke shouted at the top of his lungs and swung the stick with all his might while closing his eyes in the process.

He couldn't feel the sensation of hitting anything.

It was then, that an elderly voice could be heard:

As if struck by a bolt of lightning, Luke jolted his eyes open. What he saw next made his insides churn.

Their innards were strewn all over the ground, and their heads chopped clean off.

"What's wrong with you kid? Don't tell me it's your first time seeing some puny Gleems?"

'Gleem? What the hell is a Gleem?'

Luke turned around. He could see the old man on top of a dried up tree, standing tall as if the whole world is beneath him. He had a headful of pure white hair, and was wearing a silver robe with detailed embroidering, giving off the feeling of an old monk.

"Umm, sir, with all due respect, what the hell is going on here? What are these creatures? Where am I?"

"Tsk, tsk, so many questions, yet you didn't even thank me for saving your life."

It was then that it hit Luke.

This place, this isn't Earth. 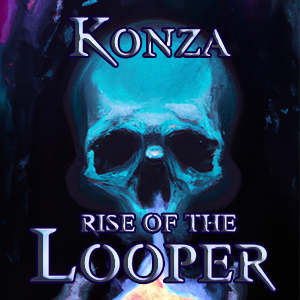