Rise of the White Owl

The cool, evening air swept across Jay’s neck as he crouched on the rooftop of the town’s old stables. Pulling his leather vest tighter around his midsection, he sat down on the rough wood, allowing his legs to dangle over the edge of the roof. His heels kicked back against the wall in no particular rhythm as his gaze studied the landscape outside of his small village. Dark clouds rolled over the horizon, ushering in waves of wind that could be tracked against the tall grass as the blades snapped back and forth. In the distance, a small cottage stood up from the surrounding countryside, no larger than a brown dot against the vast green fields.

Jay smiled. Catrice would be getting ready for dinner soon. He could imagine her running back and forth, gathering various herbs from her garden, and tucking in the animals for the incoming storm, all while listening to Vivian’s flustered ramblings and worries. Surely her mother would be doing something special for Catrice’s birthday. Perhaps she would be baking a special pie or plump hen from their coop. His mouth watered at the thought. It would be just the two of them for supper, as it always was, and they certainly didn’t need another guest.

He glanced down at the small pouch hanging across his chest. The tightened drawstring top hid the embroidered blue silk handkerchief folded gently inside. It had taken a month of extra early morning work at the stables to save up enough for the expensive cloth, but it was worth every moment for the smile he could envision on Catrice’s face when she would open the gift. He had hoped to present it to her at the picnic he had planned for midday a few hours earlier, but she never came back to the village. Vivian probably forbade her going back out again after the Crow sighting in town. He had never seen Catrice so shaken. Maybe it would be good to drop by for dinner after all. A birthday surprise was just what she needed.

Two more dull clanks sounded out as he kicked his heels back against the wood and leapt to his feet. If he left now, he could drop off her gift and still make it back before the storm rolled in.

Rough wood scraped against his callused hands as he slid down the wooden beam holding up the stable’s awning, landing next to his horse with a little shout of excitement. He brushed the dust off his worn trousers and swung himself up onto the painted mare’s back. After double checking the pouch at his side was still secure, he took off down the road toward the cottage.

Thunder clapped in the distance as the small homestead approached, lighting up the dark clouds and casting odd shadows on the meadow. The steady puff of smoke that normally rose from the cobblestone chimney was absent against the dark sky. Jay frowned; it was a little early still, but maybe they had already finished cooking dinner. He pulled the mare to a stop beside the front of the cottage, securing its reins to the old fence surrounding the property. Eerie silence met his ears as he walked around to the back gate. The thin walls of the home always betrayed Catrice’s conversations with her mother when he would leave in the past. Had they already turned in for the night?

“Catrice?” Jay called out as he continued toward the entrance. “I’m sorry to stop by so late, Miss Vivian. I have a gift for Catrice’s birthday. I won’t be long.”

Jay’s heart sped up as he pushed a low-hanging apple branch that broke the barrier of the fence out of the way. Catrice usually sat beneath the tree in the evenings, munching absently on one of the fruits as she created stories in the clouds above her. His heart dropped at the empty spot against the trunk. The grass was still matted down in odd ways from her presence, but she wasn’t there tonight.

His eyes flickered up to the back gate ahead of him. It hung open freely, creaking quietly in the gentle wind. A bolt of lightning stretched across the sky, lighting up the ground beneath the fence. A single brown slipper lay strewn off to the side. Dark, red liquid stained the dirt surrounding the broken gate.

His feet moved without thinking as he rushed forward. A putrid smell flooded his senses as hundreds of flies buzzed around him. Vivian lay in a dried puddle of her own blood, sunken eyes closed and swollen hands folded haphazardly over her chest in some kind of peaceful gesture. Jay felt a rise of bile threaten to spew from his mouth and he choked. He pulled his shirt over his nose and scanned the surrounding garden.

“Catrice!” He stepped over Vivian’s body and ran toward the cottage.

He slammed into the door with more force than expected and bounced back as the wooden plank held strong. It was locked. She could still be inside. Thunder clapped against the sky again as he ran around to the back of the cottage. His eyes landed on the single open window leading into their kitchen. Heavy raindrops pelted his shoulders and the ground around him, mingling with another small blood stain beneath the window. The familiar kitchen knife that had threatened Jay in the past lay half-buried in the dirt, its glistening blade stained in red.

Jay pulled himself through the small opening and landed with a thud on the old table inside. The ceiling above him was torn through and strewn across the hard floor, as if someone had cut through it themselves. Two small rooms at the back of the house were wide open. He ran inside the one on the left. Catrice’s worn sandals sat by the bed which stayed unmade from that morning. Her clothes from the previous day were draped over the bedpost. All of her personal items remained untouched. She was gone.

A heaviness settled in Jay’s stomach as he stumbled back out into the kitchen. He absent mindedly reached for the satchel at his side, undoing the drawstrings and pulling out the silk handkerchief. The white, floral embroidery stood out against the blue fabric. It was the perfect gift.

His gaze shifted from the cloth in his hand to a piece of parchment sticking up from the straw and rubble littering the floor. Water poured through the hole in the ceiling as the storm continued to roar outside. Kneeling to his knees, he sifted through the dirt and pulled out a single unrolled scroll. Red lettering dominated the small page.

The dirty parchment crumbled in his hand as he balled it into a tight fist. His fingers rubbed against the blue silk in his other hand. The fabric was soft and cool, much like Catrice’s hand against his own. The fear in Catrice’s eyes when she had seen the Crow filled his memory. He should have noticed then. He was too late. They had taken her.

He gripped the gift tighter in his fist and shook his head, sending water droplets around the room as they flicked off his blond hair. Without another thought, he leapt back out the window. His jaw ached and his teeth ground together as he ran through the garden and lifted himself back up on his horse’s back. Vivian’s body remained abandoned at the gate, but he couldn’t take care of that now. Jay’s leather boots kicked back against the mare’s hindquarters and sent him galloping off toward the village. The cold raindrops stung his cheeks, distracting him momentarily from the steadily growing pain in his chest. His eyes locked on a single farmhouse on the edge of the village.

The world grew dark around him as he dismounted and marched up to the front of the small home. Sweat and water poured down his face as he pounded on the door. Rustling inside met his ears and a bright lamp shone through the window next to him.

Farmer Bard creaked open the door and started up at Jay curiously. The lamp in his hand cast odd shadows against his graying beard and weathered skin.

“My goodness, boy. What’re you doin’ out in this storm?”

Jay reached out his hand and unfolded the closed fist, revealing the message in red to the older man.

Farmer Bard’s eyes widened at the scroll, confirming Jay’s fears and next words.

Jay set his jaw and dropped his hand back to his side as the pain in his chest intensified, forming a tight, heavy knot in his stomach. His hazel eyes flicked back up to Farmer Bard.

“Yes, there is. What do you know about the rebels?” 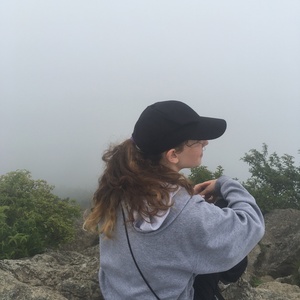 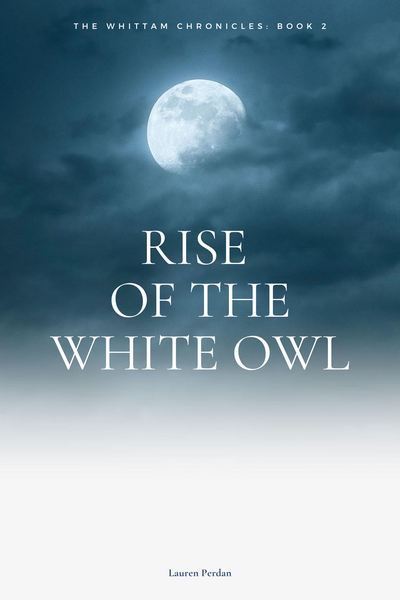 Rise of the White Owl

Blaze should have known something like this would happen. The more he tries to control, the more things spin out of his grasp.
The highly anticipated royal wedding is only three months away.
Rumors of rebels and Rogues banding together are swarming across the districts.
Catrice has yet to speak to him.
And in the midst of it all, he can't seem to shake the feeling that something else is happening in the shadows. Someone else is watching. 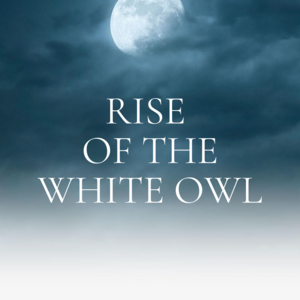