“Ojisan, do you believe that demons exist?”

Feeling his composure disturbed, a middle-aged man with a scar on his cheek turned his head. He frowned. Since when has this little girl been next to him? In a knee-length red dress, the little girl sat down swinging her legs. The man took a deep breath, then looked back at the ceiling of the shinkansen swaying. Smiling, the man replied sarcastically.

"Demon? What is that? Did you live in the Heian era?”

"Why did Ojisan ask back? Answer first whether you believe it or not."

The middle-aged man sighed again. What an annoying kid, he thought. Lazy to think, he finally answered casually. “I don't know what a demon is. But, maybe you mean an ugly creature that resembles a human. They appear on television so often that I'm sick of seeing them. Therefore, it is better not to talk about it to me.”

For people, the demon is a creature that is feared but attracts the attention of many people. Too often there are film series or books that raise the story of the devil. However, for a mercenary like him, money was the only thing of interest. For the money, he is willing to do anything.

"According to Ojisan, are demons terrible?"

After taking a sip of his drink, the man began to speak. "Maybe. The demons usually come to people who have ambitions or great desires, then kill them before they can reach them. In other words, demons are attracted to ambitious people.”

“…Then came people in black uniforms, a human with strange birds with ugly faces, or a human wielding a long sword. They appeared, then—WHUUSHHH—” The little girl suddenly waved her arms in the air while laughing. “They exterminated ugly-looking demons with a strong aura of darkness. The poor humans who were defiled by demons would turn into ugly creatures before being slaughtered."

When hearing the strange murmur of a little girl, the middle-aged man creeps. He didn't even dare to turn his head to the side when he felt a cold aura run down his back. Her heartbeat quickened as the little girl spoke again.

"Don't you know who I heard that story from?"

"Do-do I really care?" As the man looked the other way, his eyes caught a thin black hand with sharp nails gripping the carriage's pole. He shook his head vigorously, thinking it was all a hallucination. He was just too tired after finishing his work. There were plenty of other passengers around, after all, but didn't they notice this oddity? He felt trapped somewhere different from the other humans on this train.

“Of course from a living person!” The girl exclaimed cheerfully, then jumped on the floor of the shinkansen without faltering in the slightest. “The living turn into the dead. Isn't that right, Ojisan?"

No one can escape this hell. A little girl with empty eyes stood in front of him. Because of the vacant stare and the scary wide smile, the man felt he had no energy to escape. As if waiting for him was only death. Right now, there was only one thing on his mind.

The desire to kill himself.

Together with the dark emotions that radiated, also the fear that made him almost crazy. His shaking hands were trying to reach something. Whatever it is, it doesn't matter. As long as it's something that can pierce the heart or cut a vein.

Is there anything that can be used?

In his mind instead flashed the sword that was spoken by the red-eyed boy with blood flowing from his eyelids. Even at this moment, the corner of the girl's lips turned sore and there was a big red bump.

The man was an experienced mercenary. He had killed many people but was surprised by a little girl instead. He didn't care if his target was crying or screaming, but this time, he saw a strange girl who was smiling unnaturally. Why had he just realized that this little girl was no ordinary child?

At a glance, he saw a figure in black uniform standing behind the girl, swinging his arms as if his fingers were as sharp as a knife separating the head from the child's body. Blood spurted on all sides, but the girl was still smiling blankly. Something in his stomach churned to come out.

The man vomited, couldn't stand the sight of the girl's head falling on the floor and spilling fresh blood. In an increasingly blurred world, the man only focused his gaze on one place.

However, why did that head slowly turn into his head?

As the man looked up to gaze at the figure in black uniform, a thought came to mind. Is he dead? Unknowingly, his hands touched his neck. Wet and warm. He didn't feel the base of his chin, but rather something sticky like blood.

Shocked by what had just happened, the man fainted. He really fell asleep without ever coming back. The blood that suddenly splattered on the floor made people scream hysterically. The situation became noisy when the figure in the black uniform disappeared, leaving no trace of the mercenary's body behind.

Casually, the figure in black uniform floated in the air. He took off the hoodie covering his silver hair and then called someone. Iris as blood-red as charming yet unnaturally gazed at the slowly moving clouds.

His interlocutor replied in a tone no less cold. "Prepare yourself for Hatsumode."

"Hmm? Even without you reminding me, I've prepared myself. By the way, you have no interest in ordering Mirai to return?”

"Ah. No, no. I just can't wait to see her ruthlessness in killing demons."

His interlocutor snorted. "That's none of your business anymore."

The call was cut off before he could answer. The uniformed figure smiled lopsidedly, then looked at his hands which still felt wet and sticky with blood. A job that is considered dirty and terrible, but can protect many lives. 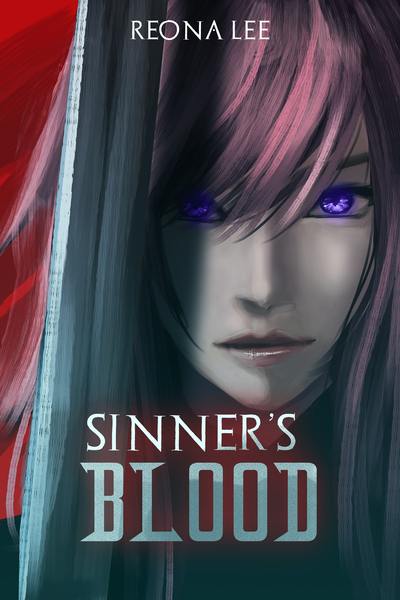 Hidden in plain sight, an ancient conflict rages on. The demons from the past reappeared and the powerful humans called Demon Hunters used magic to exterminate them.

In the middle of Hatsumode's celebration, Mitsuki accidentally touches the ancient object where Shutendo was sealed. Detained and sentenced to death, Mitsuki meets Mirai—a demon hunter who can save him. Until the facts about the past began to be revealed.

Three god reincarnations—Mihashira no Uzu no Miko—appear on the harsh and unforgiving battlefield. 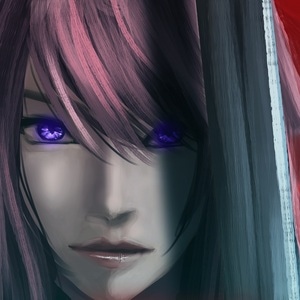