Looking up Ma'ri saw clouds of rain. She had to hurry, village was still half an hour away. The road was getting narrow and the trees blocked the most of the view, it was getting dark and the wind was picking up, then sudden gust took her hat off, revealing long brunette curly hair, running all the way down to her waist, her dark green dress, with light green accessories moaned through the gust of wind like the caged bird. Ma'ri looked back with regret, she liked that hat, but there was no time.

Soon she saw smoke rising from behind the trees. ,,Finally, kids must be hungry" she thought and clenched the symbol of goddess around her neck. She was a priestess of the late goddess. The church was an orphanage as well. Suddenly she realized something, the smoke was too dark and too strong and she was still fifteen minutes away from the village. Fear wrapped around her chest and took a breath away. Much like the dark clouds above, this day and age was getting darker and darker and the late goddess was fading away with her blessing.

Ma'ri started walking faster and faster, until she was running. The sound of thunder came unexpected, it was loud and ominous. She was running faster than ever, because she could smell the fire now, fire and burning flesh.

Ma'ri decided to use the shortcut to go faster. However, these woods were not simple to go through, it was too dark inside and trees were too close to each other. Wind was getting stronger and stronger and suddenly Ma'ri heard a roar, but this was not a simple roar. She lived next to the woods, and woods have many roars hidden, she could even tell apart some animals and magic beasts, just by the sounds they make. However, not only that this roar was different, it did not feel right. The second she heard it, her strength started to slowly fade, it was as if someone or something was crashing her world taking away her will power. Fortunately the voice faded away and Ma'ri was able to push forward and soon she could make out bright rad glow.

Emerging from the woods she ended up on a small hill, from where she could clearly see the village. Or what was left from it. Ma'ri could not move, it was impossible. Another roar made her fall on her knees. Everything she knew, loved and cared, everyone was gone.

There was a huge pillar of fire in the middle of the village. spinning, roaring and it spewed fire and ash burning everything. There were no screams, not anymore.

,,Sister Ma'ri, this way hurry" a sudden familiar voice reach to Ma'ri. She looked away from the fire with hope and she saw young man running towards her. He was working as a butchers helper. ,,Gi'ilt, ye his name is Gi'ilt" thought Ma'ri, but that was all she could think of. Another roar made young man fall as well, but as soon as it faded he was on his legs running towards her again.

,,Hurry sister Ma'ri we must run" he grabbed her hand and tried to pull. Slowly Ma'ri started to stand up, but yet another roar made both of them fall. This one was different. This roar did not press their worlds. Another roar did not effect them all. Looking up Ma'ri saw strange light coming from south. It was light blue. ,,Kings judgement" screamed Ma'ri, all of the sudden all of her shock was gone. ,,Gi'ilt, they are here, we are saved".

Light blue circle appeared and from that light huge airship emerged. Ma'ri had heard the stories of the airships but she had never seen them before. In this day and age, even the king only had dozens of them.

It would appear that Ma'ri was not the only one who knew what that light was. The pillar of fire shrieked and spewed dozens of huge fireballs at the airship. However, this was ,,saltego", the finest airship of its kind. glowing light blue it deflected fireballs with ease and approached closer. Now Ma'ri could see it clearly. It was shaped like an ark. ,,it's big enough to hide a cathedral in there", thought Ma'ri. Blue light kept on soothing her world.

Fire pillar started to move, than took a shape of the ball and exploded. explosion destroyed what was left from the village and the wave hit Ma'ri hard. When she looked again, she saw a huge distorted bird, a fire bird, but it had only one wing, the second one was only half of what it should have been. With another shriek the bird darted towards the airship. However, kings judgment was ready, more than ready. Light blue changed into dark blue as countless blue butterflies surrounded the bird, it burned them, but there was no end to those butterflies and suddenly concentrated mana canon was shot. it pierced bird and destroyed the mountain behind. This was the weapon of mass destruction. Ma'ri fell on her knees again. The hope was gone. This power was to destroy and shutter everything, even when it destroyed the evil. It took away all the light and hope.

The bird fell down. it shuttered and vanished in midair. Soothing light returned, but it could not restore the hope. It was only good enough to make Ma'ri stop shaking. Airship approached Ma'ri and Gi'ilt and they felt strange power trying to take them away, their worlds invaded, but they knew what that was, which is why both of them let it happen. Blue circle appeared on the ground and took the only two survivors from the village on the airship. 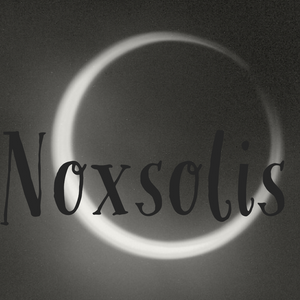 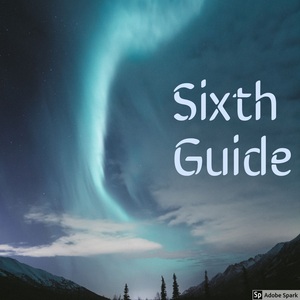 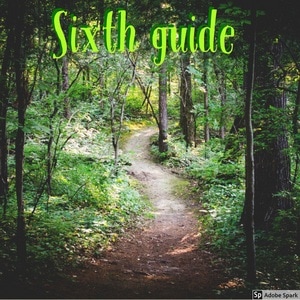