For a week in the autumn of each year, the city of Twilight Valley is bathed in shades of pink to celebrate the beloved princess’s birthday. Even Castle Starlight took on a rose quartz hue through the power of the royal court’s strongest magicians. Flower petals coated the route the princess would take from the castle to the edge of the forest that led out of the city. High above the street, ribbons of delicate fabric were laced between buildings, forming a canopy.

It wasn't uncommon for the joyous Princess Tabassum to walk the streets of the city. On particularly warm days, she would forgo shoes as she traversed the shopping district. The shopkeepers, in turn, ensured the roads were clean enough for royal feet to tread. In her youth, wherever the princess went, the mischievous Rohan stood by her side, tail firmly wrapped around hers. Today was no different, although it was more different than any other day in her life.

Her boots tied together and flung over her shoulder, Tabassum felt the familiar smooth stone road of her hometown through the carpet of petals. It would be the last time she would be able to do this until her return. She had a year and a day to figure everything out. Wherever she went and whatever she did, it would have to be something truly spectacular.

The first young royal to be born in centuries, the entire country eagerly awaited this particular year. The day after her 280th birthday marked the start of Princess Tabassum’s rite of passage. According to Artemisian law, those born to the crown are not guaranteed to keep it. When starting adulthood, a royal must be decrowned and sent out into the world beyond their home to enact a deed of great kindness. In doing this, they shall return home to reclaim their place in line for the throne as well as earn a holy name. Born to Queen Endellion Isra the Moonshadow and King Kiros Musa the Sunburst, Tabassum had much to live up to.

Citizens lined the streets or peered out windows to bid the travelers farewell by tossing more flowers in their path. It will be a two-day ride to the border of Artemisia. Accompanying her and Rohan were his elder brother, the crownguard Rydon, and carriage drivers Itzel and Aria. As was tradition, she was to travel the lands in a carriage pulled by a zlatorog. The poor deer shook its massive golden horns free from the falling flowers in annoyance. Aria relaxed the reins and steadied the beast with a reassuring pat. With all the flowers on his white fur, the zlatorog looked like the perfect steed to match Tabassum with her white locs hanging loosely down the back of her pink travel cloak.

“C’mon,” Rohan tugged at her tail, guiding her to enter the slow-moving carriage with him. They had come to the end of the populated area, and the road from here was not as friendly to unprotected soles.

Rydon took his place on the back, the brown cloak of his uniform trailing behind them. Soon they would be out of the city limits and headed west at top speed.

It seemed the further away she got from home, the more tension weighed down her shoulders. Rohan noticed immediately.

“Hey, tomorrow I want to make a quick stop somewhere,” he exaggerated a bow, “If it pleases the non-princess.”

Tabassum gave him a smile and a swift kick to the shin, which he barely felt through his tall boots.

“Any surprises you have in store are sure to derail our quest for a few days.”

“No!” Tabassum’s pale pink eyes widened. She tried to anticipate his next move. Would he reach for the window on the left or right side of the carriage? “Roro, don’t you dare.”

“QUEST,” he shouted loud enough for the drivers to hear. Rohan dove to one side, pulling the window open in one move. Tabassum tried her hardest to stop him, only managing to grab hold of the long dark blue braid his cornrows ended in.

“Tabby Cat said we’re on a quest,” he belted.

“I told you never to call me that,” Tabassum hissed, very much catlike.

Itzel’s face appeared in the window, hanging upside down from the top of the carriage, “So we’re questing now?” Gravity did nothing to pull his mass of fluffy green hair away from his eyes.

“Spare me,” Tabassum begged. Itzel disappeared mere moments before she heard the distinct plucking of a kora’s strings. How he even snuck that thing onto the carriage undetected was a mystery to her. She did her best to cover her ears for what came next.

Itzel, Aria, and Rohan began singing a rather loud and upbeat song about going on a quest.

Rydon didn’t join in but secretly enjoyed the song Tabassum so hated.

The carriage did not stop until the following morning. It was the lack of movement that jarred Tabassum from her sleep on the carriage floor. Aria lay beside her, still fast asleep. Looking around, she saw that Rohan was already awake and half-dressed.

“Where are we, Roro?” Her voice had yet to shake the sleep.

“See for yourself,” he said, motioning for her to look out the window. A vast body of water surrounded by mountains on three sides. The pale sand on the beach gave way to crystal blue waters. About twenty meters out, the water darkened dramatically. The morning stillness was interrupted only by the soft sounds of the waves and the distant rumbling of an unseen waterfall. Birds sang to each other from the forest behind them.

Rydon knocked on the roof, stirring Aria, who pulled her blanket over her head in protest.

“It’s good weather for the last swim of the season.” He opened the door for the trio to exit.

“We’re here?!” Aria bolted upright, hurling her blanket behind her. She almost tripped out the door pulling her nightdress over her head. Tabassum and Rohan followed her a little more gracefully.

Rydon did not bother removing his armor or any other part of his uniform.

Itzel busied himself setting the carriage’s bracers and removing the harness from the zlatorog. The beast took a few steps toward the lake but decided to turn its attention to a tasty patch of grass.

Tabassum removed her clothes and handed them to Itzel. Rohan just let his drop where he walked. The crisp morning air nipped at her exposed flesh. She ambled into the lake, hoping it wouldn’t be too cold. As soon as her feet touched the surface, the surprising warmth coaxed her in further. She continued until only her head stuck out of the water.

Rohan took the opposite approach and ran in until he was able to dive.

Aria dipped herself in the water fully, coming back up to the surface with handfuls of wet sand. She proceeded to rub the sand through her auburn braided hair, scrubbing at her scalp with it. She noticed Tabassum’s puzzled look.

“It’s good for your hair,” she scooped up another handful and offered it to Tabassum.

Tabassum gently pushed Aria’s hand away. There were very few people she allowed to touch her locs. “Eh, I’m fine.”

Aria shrugged and plopped more of the sand on her head.

Itzel entered last, though his intention seemed more in the realm of washing the dirt from the road off of him rather than a playful swim. Rydon kept to the beach, accompanied by the zlatorog, both relaxing and keeping an eye on the group.

Tabassum dipped down until her ears were submerged. She pulled her feet up and allowed herself to float with the water. This lake was a pleasant little surprise. A relaxing morning spent in a warm lake was just the thing she needed to forget about her trouble, even if it was just for a moment. 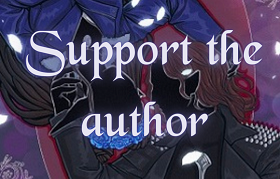 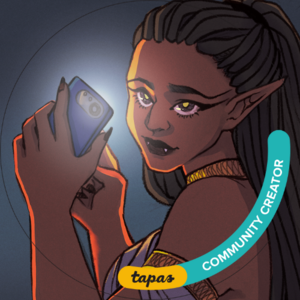 Princess Tabassum has turned 280, it is Artemisian tradition for those born into the royal family to be decrowned when they come of age. She must go out and do a great act of kindness outside of her kingdom in order to earn her crown back. 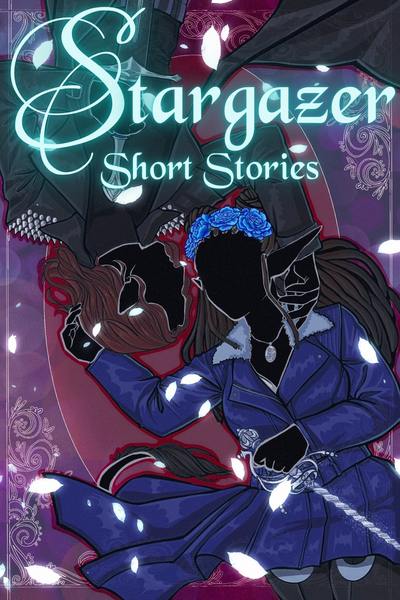 A collection of short stories from the world of Stargazer.

Cover illustrated by @Elvenfaur on IG. 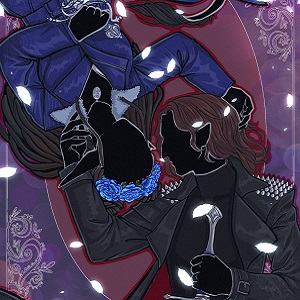