Stories of the Lonely Grove

On the night before Yule, my grandmama while tucking me in bed, told me the story of the two brothers.

Once there were two brothers, separated by the sisters of fate and luck. Their parents had separated with the father staying at his farm with his eldest son, while the mother was leaving for her homelands with the younger brother in tow.

The annual dance of summer and winter continued with everyone joyful; the brothers being provided with everything by their parents. Only the occasional melancholic yearning to see their family reunited break their contented joy.

Yet, the happiness of the younger brother eventually ground into a halt. The contendings of the falcon and the donkey sent a great sandstorm to the far lands; causing the crops to wilt, making the animals starve, and beginning wars that raged across the land.

Slowly, like water whittling stone, the mother's mind collapsed in anguish—inflicting on the younger brother all her frustrations and rage. As one's misfortunes always give way to others' exceptional bounty, the cymbee&nbsp;blessed the father's land with great harvests of corn and wheat, with the elder brother living a world of comfort and security.

I questioned grandmama why didn't the father know what had happened to his younger son. She answered saying that crossing back and forth across the great sea was so dangerous; the father even begged his former wife not to return to her homeland, as master sailors even consider it miraculous losing just half their ship's crew.

As the advance of time continued, their parents eventually went gently into their good night. The father, as his last breath drew closer, asked his first-born to find and take care of his younger sibling. In the last act of filial piety, the older brother sailed the stormy oceans, trekked the pillars of the world, and braved scorching deserts.

He eventually found his brother in the ruins of their farm, malnourished and diseased, in anguish over the death of his mother—whom he still dearly loved in spite of the way that she was. The elder brother saw the pitiful state of his brother, rushed to greet him, crying tears of happiness.

He then clothed, fed, and nursed his ailing sibling back to health. After the younger had regained his strength, they both visited their mother's grave. There, the elder promised to take care of his brother—him doing everything that she wanted to have done for his younger brother.

They both returned to the homestead of their father, now fully inherited by the elder brother. I wish I could say that they lived ever after in bliss, and for a brief amount of time, they actually did. They enjoyed each other's company: fishing in the rivers, racing in the fields and became each other's paranymph when they each made families of their own.

Years ticked by, both families shared the bounty of the land and everything was at peace. One cloudless day while surveying the golden fields of corn, the elder brother offered to divide the farm. The younger initially declined, yet the elder insisted, suggesting that it was what their father would have wanted.

The younger eventually accepted; while promising to build a barn as compensation for his brother's help. They finally settled on the agreement that the completion of the barn signified the division of the homestead between them.

Weeks passed, and the barn was eventually finished. To celebrate, the brothers hunted for venison in the forests, like the hunts that they once did. They tracked the prints of what was a large herd, following it until encountering what remained being eaten by a huge wyvern. It didn't notice them initially, being too focused on its sumptuous meal.

They slowly backed away and snap! The elder brother had tripped on a tree branch, breaking his ankle. The wyvern, hearing the noise, slowly looked towards them; snarling and flapping its wings, moving closer and closer towards them.

The younger was told by his brother to flee and save himself, but in an act of bravery, he stayed; he cannot just leave his brother—his friend—the one who helped him through the darkest parts of his life. It would haunt him forever.

Hours of searching passed until the brothers' charred remains were found by their eldest children—hugging each other in their last moments.

By this point, I remember asking grandmama if the story was already done. She initially paused, smiled, and continued telling me the story.

You see, both families initially wanted to honor the agreement between the two brothers. But the older brother’s fourth child schemed a plan to keep the lands within their family, wanting their already meager share not to decrease further.

As the sun goddess slept inside her cave, the chirping of the crickets was interrupted by screams of fright and panic. The barn was burning! The families passed pails and pails of water trying to stop the burning. The youngest of them, too young to carry buckets, even cried out for their neighbors' help.

Soon, dawn rose from her deep sleep; her rosy fingers carrying the sun barge—its light shining upon the burned husk of the barn. The families met again to discuss the situation. Initially, everyone still agreed to divide the land. That is until the fourth child objected, stating the older brother's family shouldn't divide the land as the barn was burned down, thus nullifying the fraternal contract.

As outrage sparked across the younger brother’s family, whisperings of Ekwensu intensified the feelings of discord between the two families. From the disagreement came clamoring, from the clamoring came violence.

Crisis—and, I might add, broken bones and ruined faces—was averted when the matriarchs still clad in their black veils, seeing the machinations of Eris, implored their children to keep their respect for one another. The families agreed to continue discussions until reaching an agreement.

Hours turned into days, days into weeks, and yet they still did not reach a conclusion.

As the calls for justice by the brother's remaining children, whose power is slowly being chipped away by the fourth child's actions; are continually opposed by the fourth child's clique, who quickly gained power by strong-arming their siblings and some cousins; and the stubborn neutrality of the matriarchs, whose continual appeals for peace did little to appease the flames of their children, the drawn-out discussions further slowed to a standstill.

With all these, again grew the murmurings of strife and distrust between the different factions; lighting a fuse that might tear the families apart.

A passing group of traders, farmers, and artisans walked by the homestead and saw the commotion. After a somewhat heated discussion, the various factions agreed to let them mediate.

In a weird turn of events, after listening to the story, each member of the group—rather than coming to the same conclusion—held their own differing opinions.

The merchant leading the group agreed with the fourth child, stating that there was no way to prove the verbal promise between the two brothers and therefore, is unenforceable. However, his wife disagreed, saying the two families had known about the promise and had also arranged the farm's division between them before the barn incident.

Their daughter, an aspiring lawyer, tried mediating between her now quarreling parents; additionally telling the families to ask for the duchy's security and law council's help.

The idea provoked outrage among the young brother's family; they always had worked on the land and were always given half of the year’s harvest. The division that the older brother proposed had been a formality made to protect his brother’s family. The fourth child pushed back, however, saying they should have found a new place to farm, while also implying that they had used the older brother's pity for their self-gain.

The designs of Isfet eventually came into fruition, as uproar and cruelty erupted. Brother striking brother, cousin attacking cousin, all these because someone wanted a larger share of the land.

While blood tainted the land; lighting struck the tallest tree of the forest, dead fish washed up on the riverbanks, and a great wind flattened all the crops. The cymbee—seeing the chaos—had damned the land; making the water poison to those who needed it, causing the fields never to bear fruit again, and depriving the forests of all its beasts.

What happened to the families, no one knows. Some said that they all vanished, while others said they all turned into stone, forever fixed to the land. Other tales suggest a darker fate, that the land is still being haunted by the families, fighting for eternity.

For me, I don't really know; maybe the two families just went their own differing ways. A part of me, though, wished that what grandmama said was true, that they lived happily in a new land just like the brothers would have wanted.

Far across the great gray sea, in the ruins of the mother's farm, beside her grave—daffodils bloomed once again. 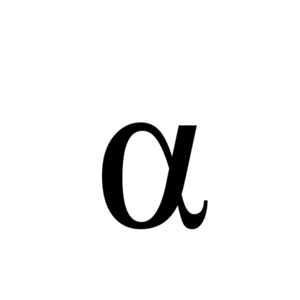 "I dare to say, it (the strife between Hindus and Muslims in India) is coeval with the British Advent, and immediately this relationship, the unfortunate, artificial, unnatural relationship between Great Britain and India is transformed into a natural relationship, when it becomes, if it does become, a voluntary partnership to be given up, to be dissolved at the will of either party, when it becomes that you will find that Hindus, Mussalmans, Sikhs, Europeans, Anglo-Indians, Christians, Untouchable, will all live together as one man." (Gandhi, 1931) 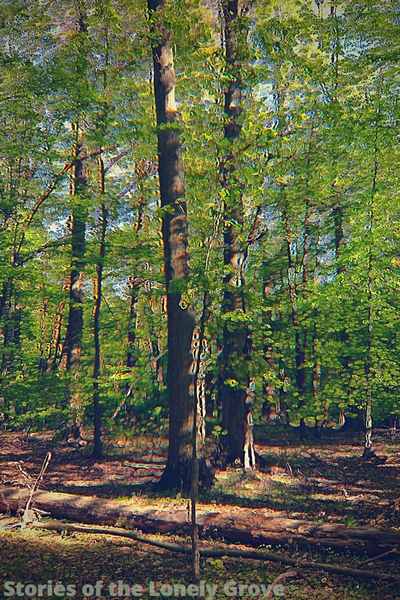 Stories of the Lonely Grove

The birds chirp in the trees' eaves,

As the wind rustles among the leaves,

The chiming of the bells tell the stories untold,

To the child in the lonely grove. 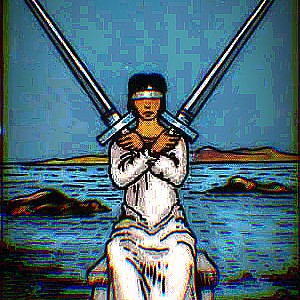