At the edge of the town of Marguerite, there was a crowd of people gathered around a small house with a dilapidated door and a roof with cracks and pieces missing. Crystal heard the shouts, and she went to the balcony of the opposite house to peer. She saw people had shovels and sticks and carried signs. She couldn’t see what it was written since she was behind the protestors.

“Not again.” Said her assistant’s brother

“I told you not to speak of it.” Said Gemma, Crystal’s assistant

“There’s no use keeping it from her, it is happening in front of her.” He said

Crystal heard them behind her and so turned.

“What are you keeping from me?!” yelled Crystal

They looked at each other and said nothing. Crystal wished to break the silence.

“I will watch the news.” Said Crystal, walking away with haste

Gemma’s brother reached for her sleeve and said, “I will tell you everything. Stay.”

Crystal wondered if she was imagining things when she saw Victor wink at Gemma. Also, she had just learned his name now, despite spending almost a week in their house.

Victor’s wife yelled something and retreated.

They were bad at whispering. Crystal never felt more confused in her life.

He then took her arm.

She pulled away, and he let go, causing her to fall. He was laughing in a ridiculous manner.

Crystal was thankful that she didn’t get hurt too much. She landed on her knees and wrists.

She saw that the siblings looked at each other.

Crystal got up and looked outside and hated to agree.

She saw that people were dragging out a male child out of the house whose age was not over ten.

She listened with care and heard them say, “Demon child! Monster!”

“That can’t be true.” Said Crystal, shaking“Let’s get out of here…” whispered Victor

They left the place without another word. Crystal saw a flash of Victor’s odd, long, light hair as he dashed down the staircase with Gemma.

They left the gate open. So Crystal went forward. The trio split into three directions away from her.

In front of her was a young man, trying to shield the child. She then noticed he changed into strange clothes in the blink of an eye. She couldn’t see well, but he looked different. Crystal thought she saw it wrong.

She watched as the crowd was backing away as the man had two guns. Crystal did her best to dodge the pellet. People fell to the ground.

The crowd was long gone, as they dragged the bodies with them. Crystal had reached, and he pointed his gun at her.

“I come in peace!” yelled Crystal

He put them aside, pressed his watch and changed as if his clothes were breaking down into a hoodie and jeans.

“How did you do that?” said Crystal

They looked behind and saw that Victor and Gemma were running off with the child. They both had strange clothes, and Victor had antlers.

“Damn it, you kidnappers! We should call the police.” said Crystal, running towards them

She saw that the guy was running with her. They reached a dead end. They panted, and the guy was still running in different directions.

“They escaped!” he yelled

“I’ll get them. Don’t worry, they’ll keep him alive.” He said

“How do you know that? And why don’t you call the police?” said Crystal

“You’ll know everything in time. Anyway, glad to meet you. I am Leon.” He said, scratching his head

He smiled. He had deep black hair, mono lidded eyes and was skinny.

“I’m glad I harmed no one in this fight.” He said

“What do you mean? You killed those civilians!” said Crystal

She didn’t believe him but believed nothing else that happened either.

“Hold on, I know where they are.” Said Crystal

She took him to the opposite house, and they searched the strange house full of archaic oddities. It was full of strange porcelain dolls, odd musical instruments like flutes. The cushion cases were all satin and there were candles in every corner.

“They abandoned me, but I’m not surprised.” Said Crystal, picking up her packed suitcase and bringing it out of the bedroom

Leon picked up a skull from a corner that had a candle underneath.

“Something is happening to the walls… Run!” said Crystal, as one wall came crashing down

Every turn they took led to walls caving in. All those items came falling. It filled the air with white dust and powder, and Crystal had no time to think. The sounds made Crystal’s ears ache. At last, they made it outside. They were panting from all that running. “Thanks for saving my life… I’m very careless, I take a while to notice something. You’re very lucky, to have escaped with all your belongings.” he said

He reached inside his pocket and held a box in his hand.

“It was meant for someone else, but I think it will suit you.” He said

It was a locket. She noticed he had a similar watch.

“Was it for your girlfriend?” said Crystal

“Oh goodness, no. Just someone I liked.” He said

Crystal smiled at the locket, which was golden and filled with green gems with a dark pink rose in the center.

He then got a card that had Myrtle Costume Jewelry in bold letters on it.

“In case you want to buy more of it.” He said

“Wow, what a business strategy.” Said Crystal, slamming her palm into her face

Leon laughed and said, “Rent and tuition ain’t cheap you know. Anyway, let me get you some transport. Is the bus okay? Go home.”

Crystal nodded and asked why he didn’t call the police.

“Okay, why don’t you try calling the police now? See what happens?” he said

Crystal dialed and to her surprise, it didn’t work.

“Victor actually has the power to stop signals and networks at his will. I know because he did that to me too. It should work once you’re well out of his reach. Erase his Wi-Fi signal, he might still try to hack you. Those protesting individuals were his doing, his wife brought them with mind control.” Said Leon

Crystal sighed and rubbed her eyes.

“I don’t believe any of this.” She said

She took a cab instead. He waved goodbye.

In the cab, she opened the locket packaging. She wore it. The words written on the paper backing were “Good luck for you.”

She thought it was nice. She kept looking at it. It could be opened, and inside there was a clock.

Crystal reached home and checked her phone and she saw she had a text from Gemma.

She would fire Gemma anyway. What was Gemma expecting?

Crystal found that it was difficult to work in her fashion boutique without an assistant yet again. So she set up an ad online and got a few applications soon. In the meantime, she got a text from her friend Yasmin. Crystal meets a magical boy for the first time. 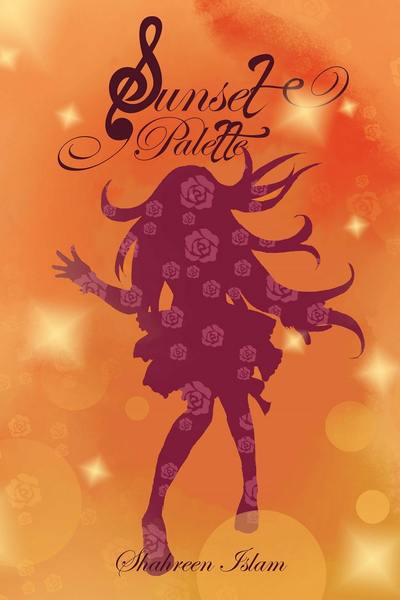 Crystal Colden is an imaginative young adult. When she meets Leon Zheng, a magical boy who gives her a transformation locket, her life is no longer boring. She converts herself and her friends into magical warriors. However, she learns that choosing imagination over reality comes with a hefty price tag. Together they must choose their ending.
Subscribe 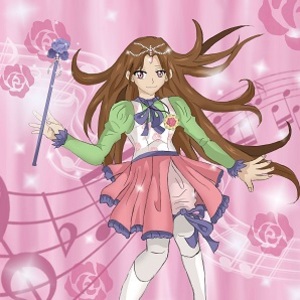