Edie had already been walking through the woods now for about an hour. She didn't know when she would return home, just that she didn't want to. She knew she'd have to eventually. Her father would be furious if she stayed out too late.

She really needed to clear her mind, but this trek through the woods wasn't working as well as she had hoped it would. Her mind kept coming back to all the awful events of that day. Her getting fired from her job, tripping on her way out of the dollar store in front of the cute cashier, her father yelling at her as he always did. And then finally, the letters she had gotten, stating she wouldn't be accepted into any of the colleges she had applied for.

All these thoughts crossed her mind right up until she came across a clearing. It was a very beautiful clearing, full of flowers and rich green grass. It all felt very magical, and she wanted a closer look.

She sauntered further into the clearing, until she finally found the middle. There at the center, was a flower. An unusual flower, one that Edie had never seen before. She was drawn to it, and so she drew even closer. Edie stared at the beautiful, ethereal blue flower before her, and plucked it from its spot in the clearing.

Then everything went dark.

When she finally came to, she was aware of one thing. Growling. She heard growling very nearby, and from more than one animal. Her immediate thought was wolves, of course.

That is, until she opened her eyes and saw the creatures encircling her.

They were wolf-like, yes, but these weren't wolves. She didn't know what they were, but they were certainly nightmarish.

Their eyes, bright and unnatural, glared at her with such intensity. Their bodies seemed more... Human than wolf. Spines hunched, short snouts scrunched in a snarl. The creatures' mouths dripped with bloodstained drool.

She had never been more afraid in her life.

One of the creatures lunged at her, aiming to kill. Edie covered her face and braced for the attack. Only, she never felt it. The attack had been cut short.

She looked up, seeing a man with stark white hair and crimson eyes fighting against the weird wolves. They all finally backed down and ran off, leaving her alone with the strange man.

The man was very handsome, she noticed. He turned towards her, huffing. He was most likely about to confirm her condition, ask if she was alright. He stopped dead in his tracks instead.

With a confused look on his face, he only said one thing to her. 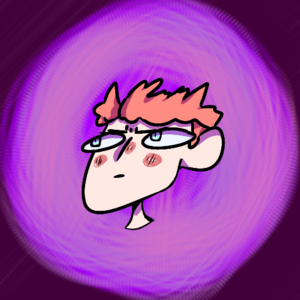 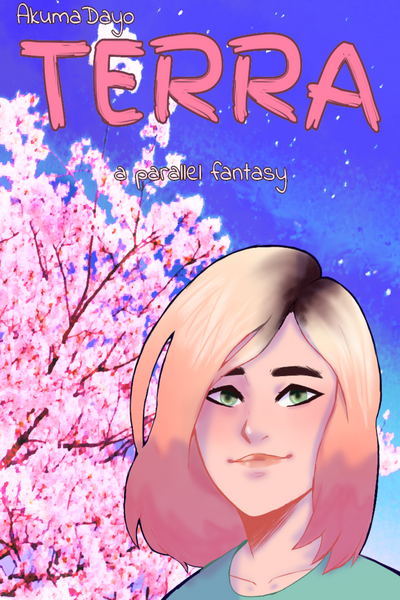 Edie is a normal girl with a less than ideal life. A simple walk through the woods leads to more trouble than she asked for when a special flower transfers her to a different world.

Or is it? She learns that this world is a parallel to Earth, and it's a lot weirder than where she's from.

Terra may be just the kind of escape she's looking for, especially when the handsome stranger that saved her from wolves(?) invites her to stay at his estate.

But good things don't always last forever. Can Edie make it out alive in this familiar but totally different world?
Subscribe 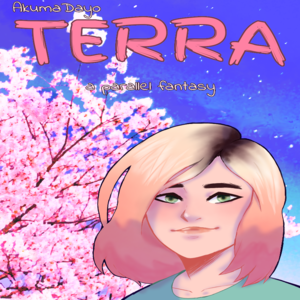