As Azu Ley there Divis jumped on her bed which made her jump.

Azu flustered said, “What the heck?” Divis knowing he would be strangled if he didn’t make up an excuse within the next 5 seconds said, “Mom needs help with the wood.”

Luckily Divis didn’t get strangled that day. Azu got up from her bed and started getting dressed, she put on her light gear as she went out. “Mother what are you doing, you’re a middle-aged woman with 2 kids. You shouldn’t be doing this!”. “Hey, excuse you I’m far capable of doing things on my own.” Azu smirked, “Let me help you!”. Azu helped her mother get the wood in the house, by the time they were finished getting all the wood in it was already sunset.

Divis and Azu were waiting for their mom to get ready. Today was a big day, there was an aligning or more specific a star aligning, which only happens every 10 years. Divis who is 11 years, restless and had never seen the star alignment, yelled for his mom to get out. “Mom you better hurry if we are going to make it to the sun alignment!” “Yes, yes I'm coming. Let me just get this and oh yes this too.”. “Hurry up mother, we are going to miss it.”.

Filisia jumped out from the house and asked, “What do you think?”, there she was in a blue dress with flowers printed on the dress and a basket in her right hand. Azu and Divis shocked that their mom was all dressed up could only say “Wow, who did you steal that dress from?”. Filisia shocked from their response said bluntly “This is actually the dress that I had on the first date with your dad!”. It became quiet. Azu and Divis shocked that Filisia brought up their dad after all those years couldn’t say anything. Filisia sighted “How about we get there before it’s too late.”. Divis brought up a smile and said, “I’ll race you guys there!”. Filisia and Azu ran as they said, “Hey wait up!”.

Azu, Filisia and Divis sat on a piece of cloth on a hill looking at the sky where there were 7 stars aligned on the sun.

“Wow it’s beautiful,” said Divis with a bright smile on his face as he looked up at the sky. “Yeah, this is something that you don’t see every day. An unforgettable memory if you will.”. Divis looked at Azu when she said that, “So, did you ever forget the day when you first saw it?”. “Divis!” said Filisia as she looked pissed off that Divis brought up the past.

Azu looked a little down when Divis said that but looked at Divis with a smile clearly hiding something said “No, I never forgot it. Yet it’s still a blur.”. “But, why is it a blur?” Divis said but had no idea of the trauma Azu had. After Divis said that Azu remembered the days she was an orphan. The screaming, shouting and the tears, she remembered a nun who was nice and the memory of seeing her lay dead on the floor. Azu couldn’t control her tears as she remembered, a drop went down her face and then more came. “Sis? Are you ok?” “Hmm? Ah yes hehe.” Azu said while trying to wipe her tears with her clothes. “Here sweetie.". Filisia handed Azu a piece of white cloth with the initials FK. Azu wiped her tears. “Yeah I'm fine just remembered the first day I saw them.”. Another memory of her past came up, she was at a gravestone and she looked up at the sky looking at the star alignment. “Was it really that beautiful?” asked Divis curious at Azu. “Yeah it was spectacular,” Azu said with a smile across her whole face.

A boy was running through the deep forest, clearly running for his life.

He kept running until he stopped. As he stood there, he asked himself “Where am I? Why am I running.”. He remembered something, the whole royal family wiped out by somebody no someone. And then he remembered a name, his little sister said something to him before she died, she said: “Je...sake” that was her last word as she died right at the spot on the floor. He remembered what his mother said one time “If life starts turning up against you fight for what you mean is right! Haku fight for me, fight for us!”. Haku fell on his knees as he fell, he began crying, he stopped sobbing stood up and began running towards the stars.

Azu, Filisia and Divis walked back to their house but suddenly. They stopped walking, their jaws dropped, and their eyes became big. There was a glint of fire in their eyes. And a look on their faces as if they just saw a ghost.

Haku who ran for his life also suddenly stopped with a death stare on his face as if he at that moment saw the murderer. 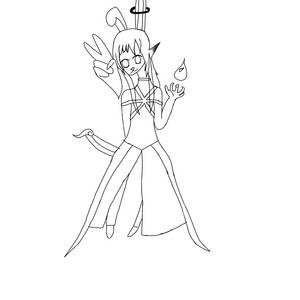 You meet Azu, her brother Divis and her mother Filisia. In a different country, you meet Haku who is a dragon. 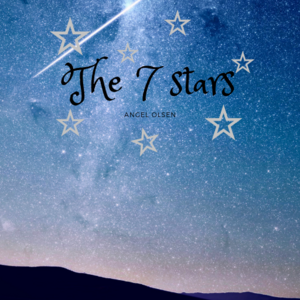 Azu is a 16-year-old girl who had to run away from her home in Pinam. She left her house, her belongings but most important her mother. She ran away with her half-brother Divis and together they stay strong so that maybe one day they'll meet up with their mother again.
Subscribe 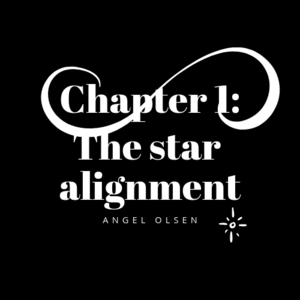