The Dissident Wants To Be A Hero

“Mom, do you remember the night I was born?”

“Of course, like it was yesterday.” She smiled as she finished scrubbing the last dish. “Why do you ask?”

“Well, I’ve been dreaming about that day, and…” I let my voice trail off as I considered how she might react.

She turned to face me, setting aside the dish and rag. “And what, Fey?”

“From the night I turned seventeen, I’ve been having the same dream. It’s about the night I first came to this house.”

“What dream?” She asked, “and what do you mean by that, you were born here?”

“I know mom, but what if I wasn’t?.” I wanted to see her reaction, but I couldn’t quite look her in the eye.

She frowned. “That’s absurd! I know I gave birth to you.” I didn’t say anything, but I think she saw that I still had doubts because she added, “dreams aren’t reliable sources of information. And given that you’re dreaming about the night you were born I’d say that it’s more likely to be some bizarre fantasy.”

“I thought the same at first, but I don’t think it’s just a dream. It feels more like watching a holofilm. It always starts and ends in the same place and I remember it clearly when I wake up.” I met her eyes again. She was still frowning, but I didn’t think was upset as much as concerned about me. “I just don’t know what to believe anymore.”

“Fine, then why don’t you start by telling me about the dream,” Lenora said as she walked around the island and sat beside me. “Then we can figure out together if there’s any truth to it.”

“Every night, when I go to bed, instead of dreaming I wake right back up again. That’s what it feels like anyway. The crash of thunder startles me. I can hear rain falling on the roof, and then I see her…”

“Please…take care of my baby,” she demanded as a few tears rolled down her cheeks and splashed on my face. She wiped her eyes and looked away from me.

Her face is familiar, I get the warmest feeling inside when I see her. I’m not sure how to tell Lenora, but I know in my heart that this woman is my birth mother.

“We will, I assure you,” a tall man replied as he walked down three steps to stand just in front of us. “The boy will always be treated as my own blood.”

His voice and face were all too familiar. The man I’d grown up calling father casually extended his arms towards me.

My mother began trembling so violently that I was slipping from her grip. Instinctively I reached out to grab her, but she thrust me into the man’s chest and let go.

For a moment I started to slide down again. Then he wrapped an arm around me while staring after the woman.

I followed his gaze to see her rushing through the downpour. Without obvious hesitation, she slipped into a hovering machine and sped away.

I should’ve cried out for her but for reasons I couldn’t explain, I felt relief and not sadness. I only got upset when the man shifted me from one arm to the other then turned my face into his chest. I kept trying to watch as the velociter faded into the horizon, but whenever I tried to turn my head, he’d move me again.

Wind started to howl, light was fading, and periodically water would spray all over us. Bright flashes kept lighting up the sky and the sound of rolling thunder terrified me every time. The cold wind and water bit like winter frost, but the man didn’t move.

“Sir...” a woman shouted from within the mansion.

He finally let me look in the direction the velociter had gone, but it was nowhere to be seen.

He turned and started back up the stairs.

“Lord Titus, where are you?” The same woman shouted, louder this time.

“I’m here, Tonya,” the man sighed as he brought me inside and shut the oversized door. “What is it?”

I twisted and squirmed to look through the closing gap to see if the velociter would return; then the door clicked shut. I hoped my mother would come back, but something in me knew that like the evening sun, she had gone, only my mother wouldn’t be coming back.

There were plenty of light fixtures inside, however only one of them flickered to life when Titus waved his hand. It was enough to light up the entryway, but not well enough to see into the house.

There was a half lit tapestry hung on the wall behind a bust of a younger Titus. A cat-like beast rested at its base. The creature was called a saber maw, but outside of this dream of only ever seen a statue of one. It was on a fountain in the front yard, but the fountain was also missing from the yard.

“Th…the baby,” Tonya’s voice trembled as a single tear fell from her eye. “It’s the ba— the bab—” her composure broke and her words were choked off by a river of tears and sobbing.

The man’s cold eyes wandered away from the crying maid as he pulled a device from his pocket. It looked like a comm, but it definitely wasn’t a normal model. While still staring at the screen he asked, “have you told my wife?”

“No lord… She is sleeping now,” Tonya answered with deep heavy breaths between every word.

“Then bring this and lay it beside her,” the man huffed, “Lenora doesn’t need the sorrow of another loss.” With cold eyes, he shoved me into the maid’s arms then disappeared down a long dark hall.

I knew it had to be more than just a bad dream. Deep inside I had this nagging feeling that the dream was only the tip of the iceberg, but how could I say that? How could I ask? I certainly didn’t have the courage to confront Titus. Asking Lenora was already nerve wracking.

She was quiet, not just listening, but she looked deep in thought. I had been hoping she’d immediately deny there was anything to dream, but her long silence and wrinkled forehead told me that something had struck her.

“So… what do you think? Did anything stand out?”

She took a deep breath then asked, “you said something about a tapestry in the foyer, what did it look like?”

“I didn’t get a good view, but there was a dragon breathing purple fire. I think someone was trying to fight the dragon, but that’s all I could see.” Now that she mentioned it, I didn’t even recall there being a bust by the door.

Looking at Lenora’s anxious expression, I felt it might be wise to hold off on a sigh of relief. “Mom, what’s wrong? It’s just a dream right, so you don’t need to be sad.” I smiled as a single tear dropped from her cheek.

“Yea, you’re right. It’s only a dream, Fey.” She hugged me, but something seemed off. She was trembling slightly and her words didn’t feel genuine. I hugged her back, it was warm and pleasant, but my heart ached. There was something she wasn’t telling me. Something I wasn’t sure I wanted to know, though a part of me wanted to try and press her for the truth.

The hug came to a bitter end. When it did, mom wasn’t crying. She tried to look natural, but her face was stiff and her smile kept slipping

“Mom, I know something is bothering you. Please just tell me what’s wrong, Is it the dream?”

She gave a half smile. “It’s nothing for you to worry about, besides you have a lesson to get to? You can’t become a great knight if you don’t practice,” she said, nudging me out of my seat.

I wanted to keep pressing her, but she was right. I still had time, but only about an hour before my lesson with Emilia.

When I went outside, Sven was setting up for my sister's magic lesson. I figured that it wouldn’t hurt to watch her train before going to the courtyard for my own lesson.

Just as I was about to sit down Kyla’s nagging voice rang in my ears.
“Planning to watch me again?” She asked as she walked past me on the lawn.
I didn’t offer her an answer, but that didn’t stop her from voicing her thoughts.
“If you can’t cast basic spells, what can you possibly learn by watching me?”
I felt my lips tugging down but didn’t allow them to slip into a frown. “I watch you so that if I ever do get magic, I’ll know what not to do,” I sneered.
I could tell she was struggling to hold back a laugh by the way her lip twitched, and her shoulders bounced. In the end, a little snort was all she let slip before giving me a well-intentioned but bitter dose of reality. “Fey, at some point you’re going to have to grow up, or you can keep living in a fantasy, but you’ll never achieve anything like that.”
Her words struck a nerve, but some mix of determination and irrational hope kept me going no matter how many similar reminders she offered.
“Everyone calls you a prodigy because you gained your first elemental affinity early; but that doesn’t mean you’re perfect, or even good,” I snorted.
“And they call you inept, a failure, doesn’t that embarrass you?”
I shook my head. “Why should I worry about that? There’s only two ways I can change their mind. I’d have to become a mage or become a hero. What do you think, Ky? Do I have a shot?”
“You’re hopeless, Fey. Mom’s right though, if you’re serious about being a knight then you’d better start acting like it.”
“Kyla,” Sven shouted from the training field then waved for her to come over. 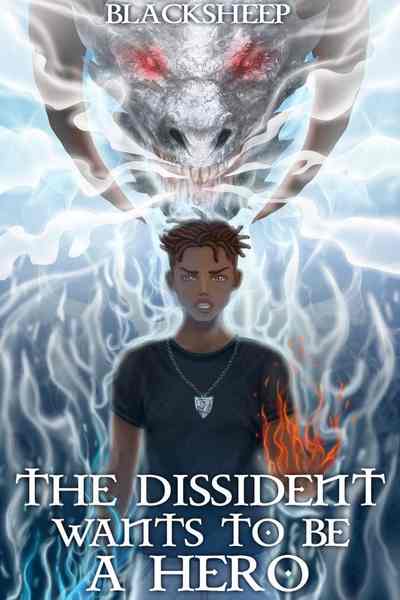 The Dissident Wants To Be A Hero

Vania is a country ruled by heroes who use magic to battle powerful beasts. Those born into this world without magic are commonly treated as wastes and either ignored or ridiculed. Fey was born unable to sense mana and therefore unable to use magic, but he doesn’t let that stop him from aspiring to become a hero in his own way. The path ahead of him is full of adventure and danger waits around every corner as he accidentally stumbles on a plot that challenges his view of the heroes he’s long admired.
Subscribe 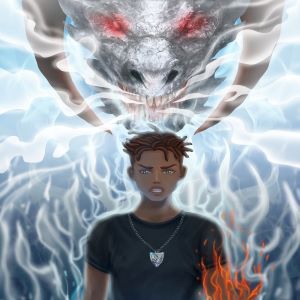