The Door to All Knowledge

Rowan Adler had been driving in a small hot car for almost 9 hours now. It had been a warm August day, and with the air conditioner broken, inside a car was the last place she wanted to be. The car had gotten so hot that at one point she thought she would die of the heat, and that was saying something since she had lived in New Mexico for the past year and a half. She stared out her window at the setting sun, looking for anything other than grass, rocks, or dead plants. She closed her eyes, hoping for sleep to come—a method to pass the time. As disappointing as it was, rest did not happen. Rowan wished that she had slept in more; she was exhausted. But no matter how hard she tried, she just couldn’t fall asleep. She wasn’t sure why, but her whole life, she had rarely been able to sleep in a car, maybe something to do with motion sickness? She wondered. Well, it didn’t matter, all that mattered was that they would be there soon, in their new home—Hopefully, a home that we don’t leave after a year. Rowan thought

When Rowan woke up, at five AM that morning, she was so tired she could barely get out of bed, well, sleeping bag, her bed was already in the moving trailer. She was not in the mood to move again. They had only lived in that apartment for a year or so. But she decided it best just to get dressed and put on a brave face. She chose a worn tee-shirt with Old Navy in blue faded letters across the front, some unbelievably soft grey sweat pants, and some black sneakers. Rowan would rather wear comfy clothes, than trendy, uncomfortable clothes any day, especially on a long road trip. The reason for her waking up at this unearthly hour was that the night before, she had stayed up to 1 am, packing, and even then, she wasn’t entirely done yet. Rowan drowsily walked to the bathroom to brush her hair and teeth. She stared at her reflection, putting on her glasses, her face came into view. She sighed sadly. She had always hated the way she looked. Rowan had a pale face with freckles dotted about it, a messy rat of thick curly red hair and blue-green eyes with dark circles underneath -obviously from lack of sleep.- She despised her hair. It would continuously be tangled up and ratty every morning. I swear, she thought, angrily, fighting the urge just get a buzzer and shave her head. Every time she would brush it out, it would only be tangled up again within the next thirty minutes. This is one reason why she always wore it up. Today she was too tired to braid it or anything, so she brushed it out into a frizzy mess and just put it in a messy bun.

Rowan considered waking her dad, but she decided against it. She wanted to let him sleep in this time. She wandered down the hallway into the kitchen to eat breakfast and pack the snacks for the road. The most important part, she told her self. She packed a ten pack of mini plastic water bottles, a box of fruit snacks, some chocolate-peanut-cashew trail mix, a bag of baby carrots, some beef jerky, and some hard-boiled eggs, all somehow fitting -after much hassle- in a small blue cooler.

“It’s a miracle!” She exclaimed exasperated.

In her gray backpack, she packed a notebook, some colored pencils, some standard drawing pencils, and a sharpener. She also packed her favorite books -the first three books of the Harry Potter series- and of course, her phone and the charger. Around 8:00 am she had almost finished packing the car. The tailer was already packed, as of yesterday. Her dad had rented a storage trailer to hold all their boxes and furniture.

Rowan was still in the kitchen finishing her breakfast -an incredibly healthy- pop tart when her father finally walked into the kitchen, showered, and ready to go. Mr. Adler was a tall, thin man with a reasonably decent build. These dark blue eyes that could intimidate almost anyone -but, of course, he wasn’t intimidating once you got to know him, but he always scared away the neighbors- He also had jet black hair, almost as messy and curly as Rowan’s. Mr. Adler walked over and kissed her forehead.

“Hey, do you want any breakfast? You can have my other pop tart if you want it,” Rowan said through a mouthful of pop tart.

“Oh, don’t worry, I’ll be fine with just some coffee, love,” he said, smiling brightly as he walked over to the sink.

“Oh, okay then,” Rowan said as she took another large bite and licked her fingers. “But, it’s your loss.”

Mr. Adler chuckled and went back to making his instant coffee.

After their ‘breakfast,’ well, coffee, and pop tart, Mr. Adler kindly helped her clean up and put everything back in its proper box. They had a routine set by this point. Pack, put into the car, move, unpack, live there for a year, repeat. Rowan sighed as she heaved a box into the backseat, probably filled with her dad’s records or cassette tapes or something. She walked around to the front seat and waited there while Mr. Adler finished discussing something with the -soon to be old- landlord. After a few minutes, Mr. Adler opened the door and got into the driver’s seat next to her. He set the directions on his phone GPS, and they were set to arrive in a measly 10 hours and 23 ½ minutes. Rowan had no clue where the GPS got the ½ from, but it didn’t matter. As soon as they started driving, she pulled on her headphones and put on her favorite music playlist.

That wrapped up her morning, but thinking about it made her head hurt. She was so tired of being in a car that she honestly was prepared to open the door and jump out while the vehicle was still moving. She sighed and gazed at the fly that was buzzing around the car. It annoyed her, but she didn’t care enough to try and swat at it. She found herself sat there gazing dreamily at the thing. She was thinking about the things that she left behind in Silver City, New Mexico. Not much, she thought, scornfully. But she instantly felt a pang of guilt. She had no right to be angry at anyone, no one but herself, for not even trying. She wondered what her new home would be like in Denver. Would it be any different from the other places she had lived? Would people try to become friends with her? She didn’t know for sure, but she had an idea. It would be the same, the same as all the other places. But it won’t matter. She thought, watching a crow fly up onto a power line. We’ll just move again in a year. She was angry, she had no right to be, but honestly, she wished they could just settle down in one place, have only one home, and finally, maybe make some friends. She didn’t mean to be ungrateful, her dad was trying his best to get a job and stick with it, but they always seemed to be moving, moving here, then moving there, then moving halfway across the country. She had never been able to make many friends since she was always moving, and when Rowan did occasionally make a new friend, but, they never lasted because she would leave before making any real connections. Of course, once and a while, they would text and try to keep a relationship, but eventually, one way or another, the other person would just ignore her. She never could bring her self to complain about it, though. She didn’t want to make her dad feel he wasn’t trying hard enough, or that she thought he wasn’t good enough. She awoke from her haze by her father suddenly conversing,

“Are you excited, Ro? Only thirty minutes left! Then we’ll be home, sweetie.”

He turned his head at her and smiled. Rowan looked up,

“Right; home,” she said with a twinge of contempt in her tone. Mr. Adler didn’t notice. Emotion suddenly filled her; out of nowhere, well, not, out of nowhere, but usually, she could keep it in check.

“When will we really be home, dad?” She grumbled distastefully under her breath, her eyes glistening slightly. But her father again didn’t seem to hear it completely. She sighed sadly.

“What was that? What’s wrong, sweetheart?” Mr. Adler asked, sounding genuinely concerned. Rowan turned her head toward the window and put her knees up on the seat, and she laid her head on them.

“Nothing’s wrong.” She said quietly. Her voice muffled by her knees.

“Oh, Come on, Rowan. I know that’s not true. Aren’t you happy we’re almost there?” Rowan nodded and looked up.

“Yeah, Dad, I am. It’s fine. I’m fine, I’m just-” she stopped, trying to think of an adequate excuse, “I’m just tired is all, okay?” she stated, casually wiping her eyes on the back of her hand as if the tears weren’t there at all. Fortunately, Mr. Adler didn’t see them.

“Are you sure-” he hesitated, glancing over at her, “You’re not getting sick are y-” panic spread in his eyes “You can’t get sick, not right- oh, no, I knew you should have gone to bed earlier-”

“Dad! Stop, you’re going to give your self a heart attack! No, I’m not sick, I’m just tired! Now please, let’s change the subject.” Rowan said, gradually finding it harder and harder to keep her emotions under control. “Actually, I think I’m going to take a nap, so just wake me up if you need something, okay? We can talk later,” she continued, hoping this excuse would be enough for him to stop prying, even if he wasn’t intentionally trying to.

Mr. Adler sighed. But He looked like he got the message.

“Okay, have a nice nap, sweetheart,” he said softly.

Not like I will actually be able to fall asleep, though. Rowan thought. But still, she closed her eyes, hoping that she might be able to and forget about what was happening around her. 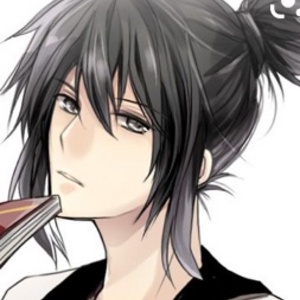 Hello, my friends! I am so happy to be publishing this novel somewhere. I will admit, that I am no esteemed author, but I do try my best. If you enjoyed this first chapter, please give it a like, and share it with your friends! I'm not expecting this to do absolutely amazing right off the bat, but I only will continue posting if there seems to be interest in this book. Have a great rest of your day! (or night, or afternoon?) 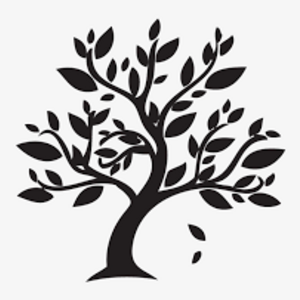 Wow, I'm really impressed! You seem to know how to write pretty well. Are you sure that you are new to writing? I like the idea of this story and this first chapter was pretty good, left me asking for what happens next. Keep up the good work Rat! 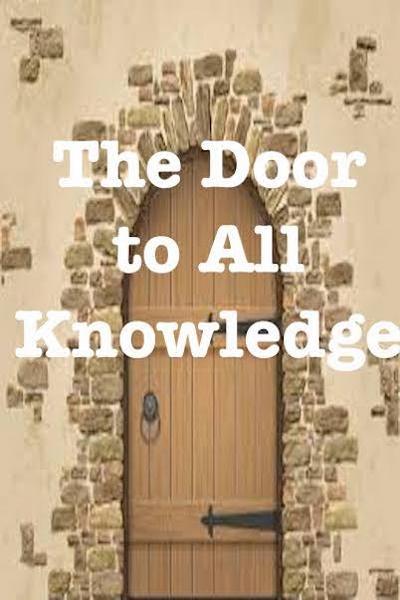 The Door to All Knowledge 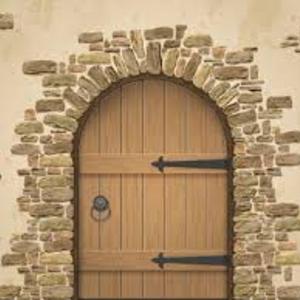