Saffron waved her hand through the blades of grass as she skipped through her tropic environment. All around her, she heard snarls and ticks of creatures that too afraid to lunge out at her. They had seen what she did to the other monsters. Saffron looked down at the custom-made Field Bracer on her arm. G-4003 was etched on the underside of it, marking it the third of its model that Saffron had made. If only her peers could see her now, on the run to find Eden. She was a scientist who engineered magic, hoping to understand it. She had a long way to go, but she deduced that Eden was where she needed to be. All she had to do was get there. Her thoughts came to a halt when she stumbled upon a clearing in the forest.

Walking through the clearing, she noticed the perfect circle shape of it. From the center of it, the dense population trees all around her formed a curtain of shadows, even in the broad daylight. From the corner of her eye, she saw a quick shadow move in the trees, it dashed away as soon as she tried to look.

It happened again to her right, then a rustle of a tree behind her. As Saffron turned and turned, the hidden shadow kept circling her and turning her in circles. She took a second and stood completely still, firmly closing her eyes.

“Click.” Behind Saffron was a man with blue hair, tunic, cape, and cowl; additionally, he had green pants. He was holding a revolver to the back of Saffron’s head. He steadily gripped the gun with his brown leather gloves. He had some sort of device on his ear, probably an earpiece. Saffron made sure not to pull any sudden moves on him. He stared at her golden hair through his dark glasses. She was amazed that he had snuck up on her like that.

“Is this how you greet all of your guests?” asked Saffron. The man didn’t move at all. He spoke to her after letting out a huge sigh.

“Turn around and don’t come back. I would hate to kill a lady on top of her being a kid.” Saffron only smiled at this. She slowly turned around and pressed her forehead against the muzzle of the gun.

“Or what? Now why would you need to kill me? Are you guarding something, or maybe guarding somewhere?” The man lowered his gun and looked deep into Saffron’s blue eyes.

“You’re digging too deep, kid. Run off before you end up like me.” He gestured to his body and opened his gun to reveal that it had no bullets in the chambers. In a flash, he loaded them with odd green bullets.

“Why would you threaten me with an empty gun? That seems deceptively dangerous.”

“That’s the idea; it fools most people. Anyway, anyone who sees past it usually ends up dead, so what does it matter to you?” He put his revolver in the holster on his hip.

“My name is Saffron. What’s yours?”

“Don’t give your name to strangers, especially ones who make death threats.” Saffron chuckled and walked around and examined him. He was average enough height, but looked pretty wiry.

“The name's Shiso. Best gunslinger in the world. Or, at least around these parts. Maybe left in the world. Now, It’s about time we settled up. If you won’t scram, we can’t just have people like you around here.” Saffron put on a look of fake sadness.

“We both know that nobody comes around these parts without searching for Eden.”

“Are you searching for it too?” Saffron asked, making a verbal pounce. Shiso slowly pulled out his revolver.

“You know, this is the greatest handgun ever made.” he said confidently.

“Is it made by me? If it isn’t, it’s not the best.” Shiso laughed. He popped out the chamber and showed it to Saffron.

“Six bullets. More than enough to kill anything that moves, and definitely enough to kill you.” Saffron laughed, then suddenly jumped back and got into a combat stance.

“Allow me to make an exception to that!” taunted Saffron. She aimed her bracer and shot at Shiso. He dodged so quickly that Saffron only saw a blur. He raised the revolver, which prompted Saffron to hide behind a tree. Shiso formed a hidden smile.

“I have a way of making these bullets go where I need them. I like to call it an art.” He shot at a rock, which ricocheted off of it and set course directly for Saffron’s head. She would’ve easily died if she hadn’t ducked. Clearly, she wasn’t safe, even behind cover. Saffron jumped from the cover of the tree and shoved a small card into her Bracer that she took out of her pocket. When she did, it fired a baseball-sized yellow sphere, which homed in on Shiso and painlessly phased itself into his chest.

“Time to light it up! I love this part!” squealed Saffron. A very small patch of dark clouds formed and a crack roared above them. Shiso covered his head with his hands as he was directly struck by lightning.

“Aaahhhhh!” exclaimed Shiso. Saffron wasted no time leaping forward and pinning Shiso to the ground. She shook his collar.

“Where is Eden? How do I get inside its walls?” she demanded. Shiso remained quiet. Before Saffron could demand more answers, Shiso raised the gun that he still gripped in his right hand. Saffron dove off of Shiso’s body as a bullet entered her left arm.

“It’s a shame that you’re not living much longer. A fight like this is once in a lifetime. It’s like a revolution, nothing like hunting some animals or fighting idiots.” Saffron gripped her arm, feeling it throb.

“Sorry, but I have no plans of dying. Not before I see Eden!” she said as she rushed towards him. Shiso laughed as he took aim once again. “Boom!” A bullet entered her right shoulder. “Boom!” One in her left leg. She kept on hobbling along. “Boom!” Another bullet aimed right for her head, but she blocked it with both her arms. Bullets collided with other bullets as she felt the agonizing pain in her left arm. Now, Saffron was right in front of Shiso. They were once again in the position of Shiso pointing his revolver right at her head.

“I told you kid, my bullets are enough to kill anything that moves.” Shiso went to pull the trigger, but Saffron was smiling. In the end, she had won. The man pulled the trigger. “Click!” He was legitimately surprised when no bullet came out. Saffron wasted no time bashing Shiso’s head with her Field Bracer and aimed at his head. A blast of pure energy busted out and hit Shiso in the head, launching him five feet across the ground. He was only out cold, at least for now. Saffron chuckled to herself.

“I told you that I’d be the exception…” she smiled as she dropped the green bullet that rested between her fingers. Saffron blacked out as she hit the ground.

“You really wanted to die, didn’t you?” Saffron woke up on the ground, her head resting on some of a fallen tree. Shiso was looking down at her. His head had been bandaged while Saffron had slept. She looked at her own body. All her wounds had been sewn up and bandaged. She could still feel the sting of the bullet wounds.

“You… patched me up? Why?” Shiso sighed.

“Listen, I’ve never seen anyone like you. All the other people have been driven by greed and altogether sketchy motives at best. But you, you were driven by something more powerful. I wanted to know what power was. What are you fighting for?” He sounded very intrigued.

“I lived through the destruction of the world.” she said hauntingly. “I want to live through it getting back up again.” Shiso nodded and put on a smile.

“Then I’ll come with you to Eden then. After all, I’m free now.” Saffron turned her head sideways, confused.

“If you’re defeated on the way to Eden, you have to help guard it. If you’re guarding it and get legitimately defeated, you’re free to go.”

“Well, it sure is. But even if you’re on your way to Eden, there’s only one way in: Beat the Gate Guardian. Nobody’s beaten her though. I don’t know if anyone’s even made it to her.”

“Well, there’s no reason I can’t though.” Saffron said confidently.

“It’s a longshot, but not impossible.”

“But you’re coming with me to Eden, right?” Saffron asked with shining eyes. Shiso looked towards the sky.

“When I was younger, I wanted to go to Eden for… reasons. Now that the world's gone to hell, everyone just wants a place to lay low, you know?”

“So, is that a yes?” Saffron asked impatiently. Shiso gave a happy sigh.

“Well, someone’ll have to make sure you don’t die on the way.” They both shared a heartwarming laugh.

“Then let’s get going!” she cheered. Shiso nodded.

“I guess so, let’s make haste. We’ll have to if you want to make it to Eden before the Gate Guardian knows we’re on our way.” Saffron gave him a confused look.

“Why would they know something’s wrong?” Shiso looked around him carefully.

“Just between you and me, these trees have ears, if you catch my drift.” he whispered, tapping his ears. Saffron nodded.

“Couldn’t have said it better myself, kid.” They both got up and walked through the treacherous jungle, now as friends walking side by side. They were leaving together, as they were going to enter together. 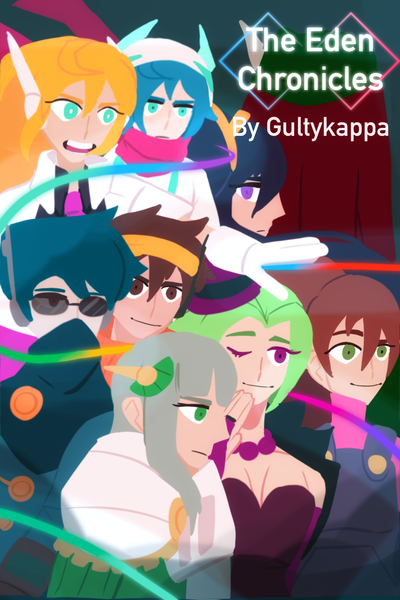 Join adventure of Saffron, Shiso, Reva, and more on their way to the legendary city of Eden. Share their laughs and join their emotional journey as you read the story based off the game One Step From Eden by Thomas Moon Kang. The cover art is by the user Genusagi on the One Step From Eden Discord.
Subscribe 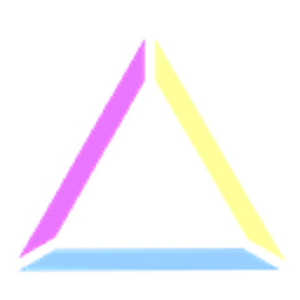