I noticed their presence outside my chambers even before they deigned to announce themselves.

I had been sharpening my dagger, pouring a potion onto it to aid the process. Magic was a rare commodity these days. But not to me. Never to me.

Like a quill dipped in ink, the tip of the dagger absorbed the glimmering liquid. I held it up to behold it in its deadly yet elegant glory. At the exact same time the light glinted on the blade's edges, the doors of my chambers banged open without warning.

I turned and threw the dagger, my nightgown fluttering against the evening breeze coming in from the window. The blade found its mark on a man's chest, buried until the jeweled hilt. All this happened in a second.

The man seemed to struggle registering how the dagger had found itself into him, as did his other two companions at his sides. The man in the middle fell on his knees, and then his face landed on the floor. Dead.

"Who dares to enter the chambers of the Empress without knocking? I hope you were made aware of what this treacherous act will cost you before walking in."

They did not answer me, these men who were clad in all black garments. Their faces were covered with the same color of clothing, their eyes filled with murderous intent.

The two left had already recovered from the shock, getting into their fighting stances. Prepared and wary, a sword in each hand.

'Assassins,' I thought to myself, 'but what kind of proper assassins announce their arrival and make a grand entrance? Amateurs, for sure.'

I merely tilted my head and laughed. "Who let you in?"

Later, I'd have to have some words with the lousy guards who had allowed these lousier assassins to roam around the palace. I just need to deal with these pests first. Moreover, who the hell thought I'd be this easy to take on? Assassins, really?

There wasn't a single word from the intruders. Only the sharp inhaling of breath as one lurched for me.

I quickly sidestepped, light and graceful as a pouncing feline. My cropped dark-blue hair swept my chin, the night air sighing on my nape.

"First you barge into my room, disturb my solace and now you refuse to speak?" I clicked my tongue, and stopped beside my armor stand where I had placed my weapon, relishing the sound as I unsheathed my sword. "Or... someone cut your tongue?"

Irritation sparked within me as my question was met with silence. Again, the men did not do so much as nod. Now, both were coming at me.

The clashing and clanging of steels against one another rang through the four corners of my bedroom.

I was skilled in combat and swordplay, having been drilled with fighting techniques since the day I'd learned to walk. In this field, I was a cut above many others.

I, Solaria's Empress, was worth a thousand average soldiers, a warrior queen with years of experience on the battlefield.

But what if I were facing two enemies who were each worth five hundred soldiers?

I saw it now. These men were not merely amateurs. Like me, they did not make clumsy movements. Every strike and parry calculated, not a moment wasted.

I had said that but I was finding it harder to land a blow every time a minute passed. Although this wasn't something I couldn't take. Of course, I'd fought greater foes before.

But this felt different. They evaded my attacks without much effort, as though they'd predicted each of my movements. As though they had known my fighting style and had memorized every detail of it.

As though they'd spent a long time studying me.

They were assassins, yes. And trained just for me. Carefully honed to someday end the Empress of Solaria.

The realization came a moment too late.

There was a whoosh in the air, followed by the breaking of glass.

I paused and looked down. Then I saw a bloody tip of an arrow jutting out of my chest, ripping through flesh and bone.

Red bloomed on my white nightgown. Like a rose laid upon a marble floor.

I whirled and saw a hole in the window, tiny cracks branching out on glass.

I chuckled. "So that's what you've been trying to do. You bastards let me know you were here on purpose. Then you cornered me to my very own window. For your archer to take a clear shot. What fine distractions you make."

"I suggest you save your energy for your last words, Empress." One spat.

"If you think that I can be brought down by a mere arrow, then you are horribly mistaken—"

Pain throbbed all over my body. It was a kind of pain that made sure every single part of me stung and ached.

"Clever," my voice wavered but I stood straighter. "Yet this will not be my end."

The assassins failed to notice that I was already coming.

I was fueled by adrenaline. By the madness and the pain altogether.

With two successive clean swings of my sword, I brought down the assailants. As fast as when lightning hit the earth.

"I need to find an antidote." I murmured, dislodging the blade from the assassin's body. My vision was already blurring, my head already spinning.

With uncertain steps and the searing twinge brought by the arrow impaling me, I headed for the door.

I halted, relief washing over me. A number of guards and a few of my trusted advisors stood by the doorway, blocking my path.

The relief was short-lived.

Because when another realization came to me, my blue eyes shifted into those of the stormy skies, darkening with rage.

Between the huddle of the bodies on the threshold was Grand General Ethan Byront, flanked by my imperial advisers.

"Grand General," I giggled manically, as if the burning sensation caused by the poisoned arrow was making me high. "My dearest Grand General. What a traitorous fiend you are."

He clasped his arms behind his back, indifferent to his wounded ruler. "Your reign of tyranny ends now, Athelina." He raised a hand, face taunt with disgust. "Kill her."

Tyrant. That was what everybody in the empire called me. Tyrant. A despicable tyrant.

I pointed my sword at the Grand General, then at everyone else. Red liquid was still dripping from the blade.

The soldiers and knights drew back.

Even when it felt as if the ground was constantly moving below me. Even when my knees were wobbling. And even if the walls had started to cave in, anger flared in my heart. A strong, ravenous emotion that would last a hundred lifetimes.

Was it because of the betrayal? Probably.

But it was more because I'd never expected this to be how my life would end. Slain by the very people I'd trusted myself. Pathetic.

So now, I lifted my sword to my once allies. Or were they ever my allies at all?

I put up a good fight. Bodies of knights and imperial guards were scattered on my bedroom floor.

My limbs hurt with every move, the poison settling ever deeper into my bones. Cold sweat ran down my brows and on my back. Chills began to spring up.

I might as well have been a corpse at this point.

I could feel it nearing now. My death. Inevitable, like the running of time. Or the flowing of a river.

I thrust my sword toward my traitor of a Grand General, unsettling the knights and my advisers. They fidgeted in fear, as though I could actually harm them in this state I was in.

“I swear to the gods above.” I spat blood. “You will never, ever claim Solaria.”

He merely smirked. “Farewell, you despicable tyrant. You do not sound so threatening when you’re about to die. Kill her!”

Sensing that I didn't have any fight left in me, I let my knees give out and dipped my chin.

A knight's shadow stretched in front of me. I could feel a sword being raised above my head.

My vision was blurring and I had lost all feeling. The sword was now inches away from my neck and unlike what people said, my entire life did not flash in my mind.

Instead, someone else's pair of eyes flashed before me. Both twinkling violets, polished amethyst gems.

'Ah. Why am I thinking about that person now?'

The world blacked out.

For some time, I had a vague sense of floating, of drifting away. Of being, weightless and unrestrained. I felt everything and nothing, awake yet asleep.

Then I was dragged out of that weird but also comforting sensation.

Someone was shaking me, so hard it could have dislocated my skull. And perhaps it did.

For I woke up with a gasp, memories of the previous night filling me in.

I rose into a sitting position. 'Was it all a dream after all?'

I released a breath, thinking of all of it being just a dream. It was a nightmare I'd rather not experience again.

My gaze shifted to the woman beside me who was still grasping my shoulders.

My brows knotted in utter confusion. "Who are you and why are you laying your hands on me?"

The woman—who appeared to be in her mid thirties—huffed in annoyance.

She smacked me on the head.

I was so shocked that it took a while for what she'd done to me to sink in.

The woman turned her back and began to blabber, hand on her hip and the other on her forehead. She began with a disappointed voice,

"I do not know what I'm going to do with you, Clarisse Lorraine! I can't figure out what I'm lacking as a parent! Your father and I are doing our utmost best to get us out of this hell! And here you are stuck in your dreams, no—here I am, stuck with an ungrateful daughter who's also a shut-in. You know what? Why can't you be like Lady Elizabeth? Aside from being pretty, she is the exact definition of elegance..."

I ran my fingers through my hair, already planning to punish the servant who'd allowed a madwoman into my room.

My hand froze midair. I brought my palm in front of me, strands of hair stuck between my fingers.

It was the same color. But the wrong length.

'My hair couldn't have grown this long overnight!'

Panic gradually brimmed in my chest. I could feel the color draining out of my face.

I scrambled out of the bed. Which I figured was not mine. The room, too. It had shrunk. And had become less fitting for an Empress, though it was still quite fancy and exquisite-looking.

"What are you doing, you stupid daughter of mine?!" the woman yelled. "I've always refused to believe that you were crazy, Clary, but now I am very close to sending you to a mental asylum!"

'Where am I?' I asked myself as I headed toward the full-length mirror, my feet surprisingly heavy with every stride.

I, Athelina Solaria, the 15th ruler of the Solarian Empire, went stiff as a tomb. For the reflection I saw in the mirror was not mine. 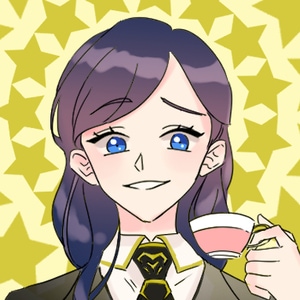 You can check out the webtoon promo for the series on this link: 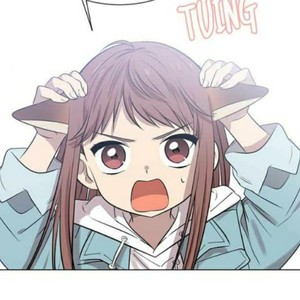 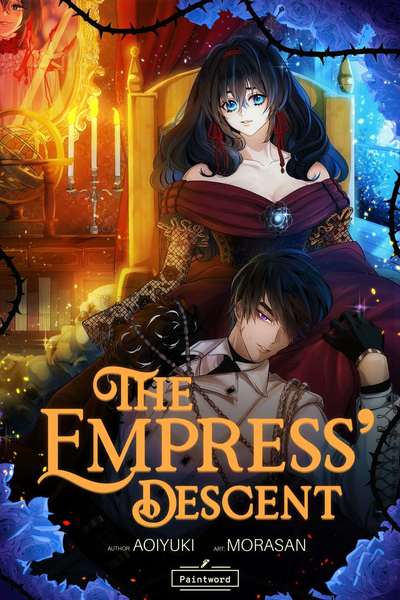 The Empress has died—betrayed and slain by the people closest to her. But one day, by some cruel twist of fate, Athelina wakes up and finds herself alive...in another girl’s body. Now, she returns to the glimmering grand halls as Clarisse Lorraine, to where she encounters old faces and new threats. But none shakes her resolve like the playful yet unreadable Duke who was once her most trusted knight, but perhaps, at times, someone much more. 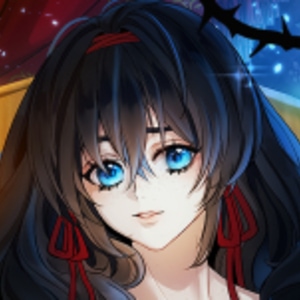