The music blasted through my ears as I rode the train.

My dark hair was pulled back into a messy ponytail, as I shuddered from the cold. I hid my hands in the pockets of my old green jacket. I took out my old phone, checking the time. 21:36 pm. I sighed, knowing I was going to be late to pick up my brother from the babysitter.

My name is Eden. Eden Burch, age 20, I lived with my younger brother, Jude, who was 6. My mother left my father when I was a barely a teen and Jude was barely born. I think he was almost 1. She one day decided that she didn't want to be a mom anymore and left. I was broken but not as broken as my father. He was young, handsome who had always worked hard to provide for our small family. I then vowed to my father that I would help him raise Jude, and I did. for the next 6 years, I was Jude's mother, guardian and older sister. My father worked hard to become a managed a company that some rich family owned.

You must be wondering where he was now huh? He died three years ago, I had turned 17 and Jude was 3. He was killed by a stick up at the company. So I decided to do online schooling, as I took care of Jude and worked two jobs. It was rough but it would be all worth it for Jude.

The train finally stopped, making me run out of the doors. I ran up the stairs, waving at the same old subway musicians, who were use to my antics. I jumped over the small gates and jogged to a couple of shortcuts. I barely made it to an alley when i heard it. My earphones were hanging around my neck, as I cautiously made my way to the alley. I was pushed as two people ran out. I looked back in the alley, where someone was on the ground. I walked over, crouching down to eye level. He was handsome. Blonde hair with dark roots stood out, light-ish skin, but I couldn't see his eyes. I felt something drip on me, making me look up. I sighed, as I took my umbrella out. I put it over the young man, as I was about to call 911, until he grabbed my hand.

"You're awake?" "Yes, who are you?" He was bleeding from his lip. I opened my bag, taking out my yellow handkerchief. I pressed it to his lips, as i looked up at him. One eye was messed up, but i could see the beautiful dark brown. "I'm Eden, what's your name?" "William." I helped him up, he was leaning on me as we heard running into the alley. I glanced up, it was the same people from before, and they brought help. I think....

"Well well Park. Seems like you made a friend." William tried staring them down with his one good eye, but I could tell he was in great pain. "What's your name sweetheart?" I said nothing, and it must have annoyed him as he walked closer. We heard a click of a gun, making the man freeze. "Sure you wanna do that Hyde?" It was a deep voice, like silk honey. "Fine. We'll be back to finish the job Kim." The man with the deep voice walked over, helping William stand up. "Thank you miss for saving my friend." I nodded as i tried to wipe the blood off. "What is your name?" "Her name is Eden." "Well Eden, we'll be in touch." He walked away with William as I stood there for a minute before sprinting off to pick up my brother.

I made it to the little red house, knocking on the door. Opening was a little old lady, Mrs. Mavis. "My goodness young lady, do you know what time it is." "I'm sorry Mrs. Mavis, this is the last time this happens I swear!" She waved me off as if knowing I would do this again, which I would. I walked to my brother who was passed out cold on the couch. I picked him up, putting his head over my shoulder as I walked out. "See you tomorrow Eden." "Of course, Thank you again Mrs. Mavis." She  nods as she closes the door. I walked down the dark street, carrying one umbrella over Jude's Head. I walked about a block before arriving at my complex. My neighbor, G, opened the gate, he slept all day, and partied all night. He was a DJ, which got him into a lot of parties, he was a total sweetheart though. I whispered for him to be safe, as he headed off to another party as I got in the small elevator. I got to the second floor, unlocking my door.

I put my bag down as I took my brother to his tiny room. I woke him up, he smiled sleepy as I made him wash up and change. He rushed to bed, with a book in his hand. "Mr. and Mrs. Dursley, of number four, Privet Drive, were proud to say that they were perfectly normal, thank you very much. They were the last people you'd expect to be involved in anything strange or mysterious, because they just didn't hold with such nonsense." I read a chapter till he was out cold again. I tucked him in, kissing his head. Closing the door, I went to my room. I opened the window, sitting on the pane, and watched the city lights. Music played through the night, making me smile as I walked to my bed. I laid, tired.

I turned to the picture of my father, Jude, and I, and smiled. "Don't worry dad. Jude is going to be fine." I don't remember going to sleep, but man did i sleep like the dead.

"GET UP! GET UP! GET UP!" I groaned as Jude jumped on me. "ED GET UUUUPPPPP!" Great, he was whining. I sat up, pulling him to me, cuddling with his tiny body. "ED!!!", he squealed at me. I smiled as his mop like hair fell gently over his grey eyes. "Come on ED, I'm hungry." "Hmmm" He sighed dramatically before escaping my arms. He left my room, as I thought I finally had peace. He walked in, and dropped water on me. I gasped as it was fucking freezing. He laughed as I chased him. I caught him and spun him around. We both got dizzy as I dropped us on the couch.

"Eddy, food." "Please." "You're welcome." I smacked him butt as he was being cheeky. I got up to get him food as he opened the window. "HI G!!!" "Sup little man, where's your sister?" "Food making." G laughed as he gave a bag to my brother threw the window. "Here. Eat these." "What are they?" "Blueberries." "MY FAV-" "Stop shouting Bub." I said as I gave him eggs. "Morning G." "Morning Miss Eden." He was a sweetheart. "I also bought these for you Miss Eden." "You don't have to G-" "I want to. You work till your bones ache Miss G, all alone with little man, you need to let people help you when they can." I smiled shyly. "Thanks G." "No problem, now off to be for me. Bye little man. Miss Eden." He walked down the hall to his apartment, waving at our neighbors. Pity his past, but he was a good kid.

I looked at Jude who was eating his eggs. "Ed. Blueberries." "After." "NO. Now." "Nope, eat first bub." He huffed dramatically before eating the rest of his food. I drank my tea as I watched my brother put his plate in the sink. He went to grab the blueberries, making sure to wash them, eating them in all at once. I swear this kid. I went to get ready for work. I was washing up, changing into my black uniform when someone knocked on the door. "Ed, door." Jude whispered from behind my bedroom door. "Okay bub, I'll get it." He nods as he runs off. I follow after him opening the door.

"Miss Eden?" "Yes?" "Pleasure, My name is Bentley Kim, we met last night." "Ah, yes...How can I help you?" "Well Mr. Park wants to thank you for what you did last night." "Ah there's no ne....Wait. How did you find me." "Don't worry about that, anyways we must be going." "Can't." "Why is that may I ask?" "Ed?", Jude whispered as he peeked from behind me to look at the tall handsome looking man,known as Bentley. "As you can see, I am going to work. Goodbye." I closed the door, crouching at my brother. "You see him, you run. Okay Bub?" He nods seriously as I finished getting ready.

I looked in the mirror, my hair pulled back, as I smiled. Just another day in Eden's world. 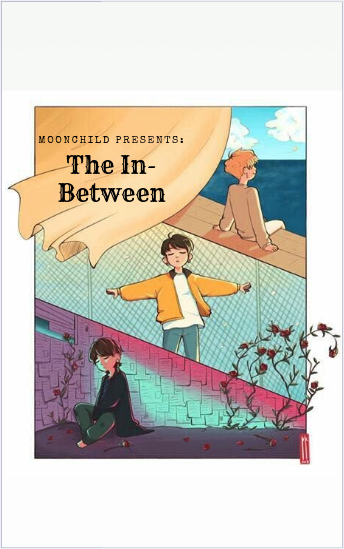 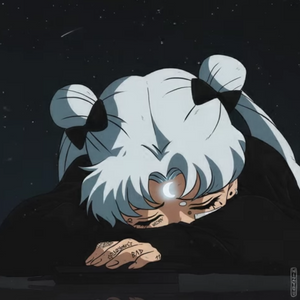 Eden just wanted to get home to her brother not save someone who is apart of a very important family that lives like royalty. Eden just wants to live her life, but some people don't seem to get that.

Thank you for taking the time to read this. Fighting!!! 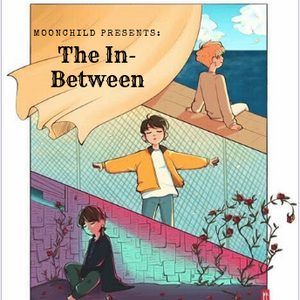 "It must be nice to love someone who lets you break them twice."

"You were the better part of whatever beating heart that I had." 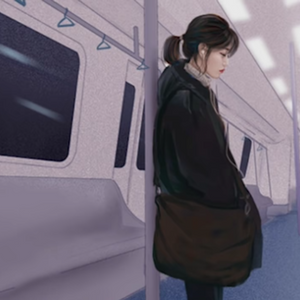