In the start of all the things, there was only 3 forces that fight endless in the deep void.

This two forces of unbelievable power fight endless, always in conflict. God create something, and Death erase it no longer after.

But, there was the third force, it was balance. The balance was made by two unnamed beings, without soul or form, but they were the most intelligent of them all.

The two leviathans saw that the fight between God and Death would lead them nowhere. So, they tricked Death, and God was able to create the reality.

Unfortunately, the reality was God’s masterpiece, but it broke the rules of the deal god made with his two brothers.

The balance leviathans release Death in God’s creation, but with one condition, that she would never erase an universe with a living soul on it. This created the “cycle of life”, where everything, one day, would have to die.

After decades, Death seek revenge. And in an surprise attack, she locked up one of them in the limbo. The other brother, she stole his memories, turning him into a mindless beast.

When God saw that, he ran away in fear. He couldn't face up against Death's power, so he made a plan to rescue his brothers.

All he had to do was create an inferior been, someone who could pass unnoticed, but that same person would need to be strong enough to hold a great power.

So, God started to put his plan in action. He made a small universe, he made life rise on a planet. So he waited, and for 3 thousand years he waited until humanity started to decay and die.

God, with his own hands, created an very special human. And he put his creation in that doomed world.

Mark was a very special child. He was extremely smart for his age, but, sometimes he got lost inside his own head. He wasn’t strong or athletic, but he was really resistant to anything, wounds healed 10 times faster, he never got sick and never broke a bone.

For 19 years Mark had an “normal” life. His world was dying because of pollution. Wars seem to never end, but what came after, was worse than anything.

Some kind of plague started killing everything, humans, animals, fish. Even the water wasn’t drinkable.

This disease drained everything good inside the victim, making the victim rot alive.

Somehow, Mark never got contaminated with it. So he was forced to see his friend and family rot and die in front of him until they slowly and painfully die.

As time passed, and everyone in his city died in weeks, somehow, the army discovered that he was immune to the plage. Obviously, the army captured Mark and escorted him to an helicopter that would take him to an secret base in Canada.

Mark didn’t have the strength to fight back, so he just accepted his fate.

In middle air, an storm catch up with Mark.

Pilot: - This storm is going to get worse. We might fall and die, so, i got some info in an back door to the base!

Pilot: - Don’t worry, kid! You have the best pilot ever born right here!

The pilot turn to Mark and smile. The problem was that the pilot didn’t look so good. His eyes were grey, his skin was pale and his chin hat stains of his own blood.

Pilot: - Two weeks. And i think this is my last. My wife survived only two weeks and four days, and i’m almost there too.

The wind started some turbulence in the helicopter. Mark started to get really tense in his seat.

Mark: - It looks like some people survive more time than others! My father survived for two weeks, just like your wife. But . . . My mother survived a whole month, and trust me dude, the more you survive, the worse!

The wind got stronger, snow started falling fast. Mark tried to not think of it, it was like the helicopter was falling apart.

Mark: - With you die fast, is easier, but . . . longer you live, worse the symptoms are! The fever don’t let you sleep, you start losing limbs after the second week, your organs start to slowly die, you start to lose eyesight, grip and breath really fast. And you also start to faint and blackout, you know? You could die by another reason than the plague, ironic, right? Everyone dies because. . .

Mark saw that the pilot was very quiet.

Mark looked back and saw a huge tree going in his direction. Actually, thay were going towards it. 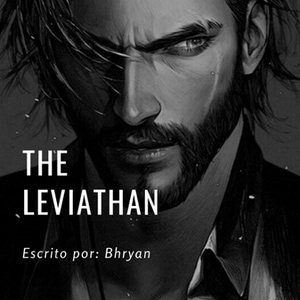 Mark, just an human, is the victim of greater beings in the universe. All started in the end off the world, and things will just get worst.
Subscribe 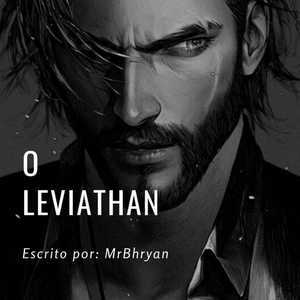