The Masked Villain Wants to Marry Me

A/N: This will be the map of Orthosdem Imperium. Enjoy reading!

**A CLIP FROM THE FUTURE/ PROLOGUE***

Lady Vienna Estelle Thaleia Xaviera said to the crown prince. It's funny how she was just stalking him a few months ago, not until she read the contents of the book entitled "The Princess and her Happy Ever After.”

She once was known as the Crown Prince’s stalker throughout the kingdom. That was her routine, not until she read the book that the handsome mysterious man gave her. Thinking about it now, it was too strange to receive gifts from a stranger on the street.

At first, the book was a nice read. But later, she saw how things turned out. The story was like a copy of her life, almost like someone was writing the flow of her story, from the start and all the way to the end.

Of course, it shocked the lady to the core. But what baffled her the most was the part where she has to play the villainess part! Feeling offended, she can't help but feel her blood boil. She should have been the female lead!

In the book, Lady Vienna meets her tragic fate as she was killed by the crown prince. She dedicated her whole life to bullying Princess Avelina, stalking the crown prince, and finally meeting her end as she tries to kill the Princess before their wedding day. She had read a thousand stories like this. But she never comes across something like being a villainess!

Is this a gift of fortune that she knows her future, or bad luck? For her, it’s bad luck, but she’s going to take advantage of it.

As the male lead appeared vulnerable in front of her at this moment, she couldn't help but take advantage of it. Oh, how the tables have turned. He’s at her mercy. "I said kneel."

The Crown Prince, Prince Mathias looked at her like she had gone crazy. "Lady Vienna, I'm a prince, you're JUST the daughter of Duke Xaviera-"

She laughed hysterically, feeling like she’s losing her mind, well, she had lost her sanity since she learned she’s just a villainess. Now that he showed his true colors, she does not have to hesitate in killing him. "I AM Lady Vienna." She said firmly, cutting him off.

She may JUST be a daughter of a duke, but right now, she has more than that power. She knows her worth, and she’s using it against him.

Prince Mathias chuckled, "This is outrageous. Are you really the lady I knew...Estelle? You used to like me, didn't you?"

She cringed in disgust, hearing that name coming from his mouth. She used to feel butterflies in her stomach, but not anymore. "Yes, I used to...but what a horrible past that must have been for me..."

Well, well, well... seems like it's not so bad to be labeled as a Villainess after all. It's time for her to make her move. Throwing a hateful glance at the crown prince, Lady Vienna turned around. “Leave, I don’t have time to waste.”

Gritting his teeth in anger, she watched him as he left her study.

She can’t help but remember the words of the mysterious man who gave her the book. "This is not the right time yet. You should not burn the book.”

Now that there are only ten months left before the crown prince and her female lead’s marriage, she has to take advantage of this time limit.

Well sure, if the events in the story were to happen. But these past few days, she broke that barrier and changed the flow of the story.

Smirking, she grabbed the book in her hands. Throwing the book on the firewood, she watched in satisfaction as flames engulfed it, burning it until there were only ashes left.

She’s going to die anyway, Is it worth fighting for? Never mind, she’ll just do her best. It’s time to change her fate. If possible, she’ll create her own. Her plans are working and she’s only waiting for the results now.

Duke Raziel Valen Donovan, the villain. According to the book, before the crown prince and her female lead’s wedding, the female lead would be killed and the empire would be in chaos, Duke Raziel would initiate a coup d’etat to kill all the nobles, including her.

She needs to find Dillon. The key to her plans. It’s time to test if her plans worked. And any minute now, Duke Raziel would appear.

But hours have passed and he’s still not appearing. Is he late?

“Ehem.” She heard a clearing of the throat. Speaking of the devil.

Turning around, she didn’t see the duke, but instead it was his personal knight, Titus, his bright silver hair and purple eyes gleaming through the sunlight. “Please excuse me, my lady, but a letter just arrived. It has the Duke Donovan’s eagle seal.” He said.

Handing her the note, she read it.

Dear Lady Vienna 'Estelle' Thaleia Xaviera of the Duchy of Creneia. I, Duke Raziel Valen Donovan, from the Duchy of Xynnar, wish to ask for your hand in marriage.

Details should be discussed within these next few days as I am also waiting for Duke Xaviera's reply.

However, for the meantime, I would like to get to know my lady better. I would like to meet you in the famous coffee shop by the capital city, Moressley. Pardon me for the rush, but I can't wait to meet my future Duchess.

He had his signature at the end. Lady Vienna reread it again and felt like vomiting in disgust. What the hell is this man spouting some nonsense? Asking for her hand in marriage?

Was it a prank? A game he wants me to participate in? The lady laughed at the thought, feeling like she's losing her mind. She never remembered that the villain would propose to her from the book.

Wasn’t he supposed to be killing all the nobles and head over heels for the female lead?

But why is he sending a letter and asking for marriage? She thought to herself.

Then it hit her. Everything is making sense now.

Everything is not going as the books says because her plan is working..it was all her doing. from visiting the Rouge Guild, meeting the female lead, and talking with the crown prince. All her actions changed the flow of the story. And now, Duke Raziel is chasing after her.

She rolled her eyes, laying on her bed. "Tell him I’m sick.”

Her Knight, Titus appeared with a box in his hands. "My lady, the duke sent you gifts.”

She shook her head no, “Throw that away.”

Roxy then came running to her, catching her breath. “My lady, the Duke is by the door.”

She stood up at that. What?

Just in time, there was a loud bang on the door and it opened, revealing Duke Raziel.

She stood frozen and glared at her maid for letting him in. “I apologize, my lady, the Duke was demanding to see you.” Bowed her maid, clearly scared of what she’ll do.

She sighed. How persistent!

Duke Raziel approached her, leaning to her but she pushed him away.

“What are you doing here in my room? An unmarried man is not allowed to be in a lady’s room!" She yelled.

She could feel Duke Raziel smirking behind his worn mask. “That’s why I came here, Lady Vienna. Once you agree to my proposal, we will be a married couple. I told you, I’ll chase you to death. Aren't you too tired to say no to me?"

She wanted to avoid him as much as possible, but how could she when he always appears everywhere?

Lady Vienna was strong, but before she knew it, she couldn't escape Duke Raziel's grasps. This is only the beginning. An endless beginning of Lady Vienna’s fate. 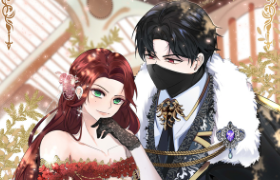 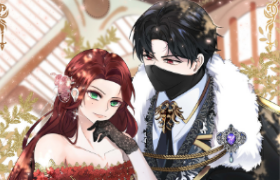 Hello everyone! This is the author of this story💕 I’m glad you’re reading it, thanks a bunch😊 comments are highly appreciated, i’m reading each one of them😝 Enjoy reading❤️ 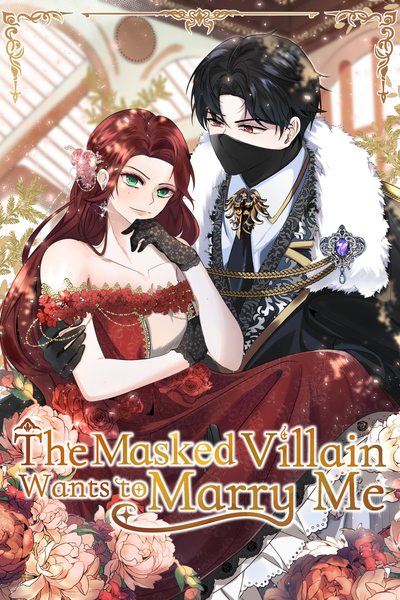 The Masked Villain Wants to Marry Me

“You do not have a choice but to accept my offer, Estelle.” Said Raziel with his blazing red eyes.
I am the Villainess. And he's the villain….
I found out his weakness.
I want to do nothing with him. But one day he offers to marry me. In a typical story, it's a rule for villains to get killed, the male lead and female lead get together and live happily ever after. But what happens if the villainess Vienna “Estelle” Thaleia Xaviera breaks that rule? What happens if things take a turn and the Villain offers a contracted marriage to the Villainess? How will the story unfold?
“It's better to love a villain because we know he would sacrifice the whole world for you. But the hero would sacrifice you for the world. That's the difference.”

Thank you blacklapiz for the cover! 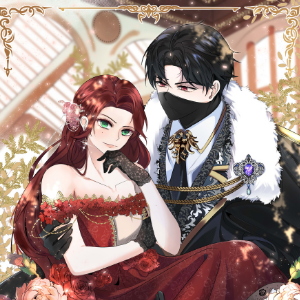