The Monster Inside Of me

I sit in my Uber and turn to look out of the window, waiting for the car to stop. I squint as the bright lights shine in my face; before smiling as I see my destination in the distance. As I observed outside, I could see two seemingly young men throwing fist after fist at each other, I giggle and lean against the window watching them fight. Such an interesting world, Violence seems to be everywhere and yet it cannot be stopped.

The car slowly comes to a stop, the driver glancing at me, his lips trembling. You could barely hear him, but I still heard him murmur a small, “We have arrived at your destination, may you please give me five stars...?”

I looked at him through the car view mirror, and I could see him staring at me as well. I start to giggle as I pat his head, “Yes, I can give you five stars,”

I smile at him through the mirror one more time before opening the door and stepping out, I went to shut the door behind me but stopped as the Uber driver spoke once again. “You forgot to pay...”

I turn on the balls of my feet and smile down at him, -Grabbing the wallet from my back pocket, I begin rummaging through it before pulling out twenty dollars. The Uber driver stares at the money, a confused look on his face causing me to grin as I hold it out to him.

He grabs it out of my hand and starts to drive away while I wave at him and think, ‘He's such a scaredy cat.’

I wonder why I keep getting him as my uber driver, anyways.

I turn back around to see the yellow tape around the building and a lot of cop cars around it, and I start to walk over towards it. But, that's when I see my partner examining a corpse. Like always, he gets there first.

“Andy! Your hunk of a dunk partner is here!” I yell, giggling and waving at him.

You could tell how uncomfortable he was by the small shift of movement he had made. He doesn't show his emotions much, but I can tell when he's uncomfortable. I've gotten so used to his tactics, now, it's just engraved into my mind.

“Angel, you're here.." He murmurs, "Being your creepy self, I see.” He gives a forced smile and looks over at me, frowning at the sight that he sees.

“And you're... wearing that hideous outfit again, of course.” He looks me up and down with disgust, then he bends down once again to look at the pale corpse.

I pouted, getting angry at the fact that he thought my outfit was ugly. “My outfit is not hideous, I look good in this outfit.” I defend, crossing my arms.

I looked down to see what I was wearing- black boots with white folds on them, an orange long sleeve shirt with the sleeves rolled up, a long black and brown jacket that goes to my knees with three white dots on the hood. My pants were tucked into my boots and my shirt tucked into my pants, which showed off my flashy black belt.

I smirk and look down, thinking about orange and why it's my favorite color.

“You look like a thug, why not wear a suit? Like I am," He questioned, looking over at me one more time, and then going back to examining the body.

Sighing, I reply. “This is more comfortable than a suit, and I don't see how you wear that every day. You look like that derivative from criminal minds when you're wearing that.” I giggle, slightly twirling on the tip of my boot.

“Anyways, I have a question,” he asked, pulling out some gloves from his bag, completely ignoring my comment.

“And what is that, sir prince?” I questioned as I start to twirl a little faster.

“Stop calling me that, and what do you think about the truth?” he asked, looking up at me through his lashes. "I mean as a detective, what does it mean to you?"

I suddenly stop and look up at the sky, “Isn't it strange that it's always the truth that seems the most suspicious?” I murmur, gazing at the clouds.

He looked at me with a questioning look, “What do you mean by that? We uncover the truth all the time and it’s not that suspicious,”

I look at him with wide eyes, but it’s not wide eyes of shock, rather how naive he sounded at the moment. That's when I started to laugh- and I couldn't stop. I could see andy looking at me with questioning eyes and I could only guess what he was probably thinking, 'What the hell- is this guy going crazy or something?’

“Ahh, I haven't had a good laugh in a long time..” I took a small breath yet I couldn't stop myself at all from laughing.

“So, what do you mean by that,” he asked, looking at me in perplexed interest.

I looked over at the dead body before erupting with laughter once again, pointing in its direction. "Should we really be talking about this kind of stuff while the corpse is watching? What if they are listening and they tell all their corpse friends.”

Andy looked at me with a weird face, we both knew I was trying to change the subject. But, he seemed to play along when he answered my question with a blunt answer, “They are dead, they can’t say anything.”

I gasped at what he said and started to yap about how I believed in ghosts. “Ghosts are real! One day I will prove it to you!”

I started to giggle once again, dancing on the tips of my toes all the way to the corpse that was in front of Andy.

“Can I tell you something, Andy?” I asked while smiling over at him. He looked away from the body and then nods his head.

“Truth be told, I'm not that good at lying.” I hummed, looking up at the sky.

"Well, yeah. that's good to know. But, let's have this conversation another day. It's your second day on the job so let me tell you the protocol.” he explained.

And that's when the night breeze started to flow through me and I started to trace the night stars with my fingers while I whispered something to myself nobody else could hear.

“Why can't anyone find the true lies.." 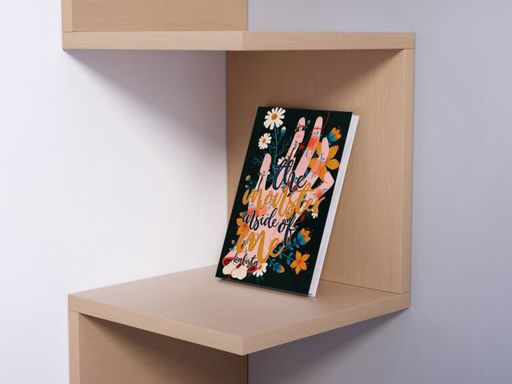 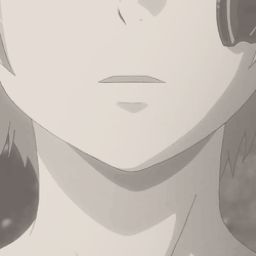 Hey guys, it's me the one and only meow, who's here with the first book of her new series. don't actually call me meow! please call me Kalista, since that is my real name after all. 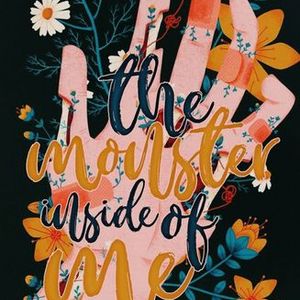 The Monster Inside Of me

Book one of the monster inside of me series
__

People always tell me I'm a hard person to deal with and they think I'm batshit crazy, so what happens when I become a detective? everyone believed I was insane and I loved playing games with everyone, and then all of a sudden, people started to wonder if my games where just a way to hide the monster within.
Subscribe 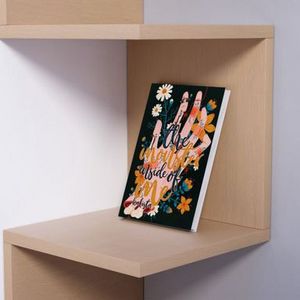