The sound of Mrs Blossom’s faint yapping reduces to a soft mumble as my eyes trail towards the other side of my desk, to the lush forest beyond the glass window. Sometimes I feel as if I belong there, not here in the dull classrooms of the academy, where nothing interesting ever happens.

I didn’t live through the peak of the war so I have no idea was it’s like to be in grave danger, in fear for your life, never knowing when the next knife will be to your throat but the urge to explore and initiate in a life of action has always intrigued me, but now I’m only granted with Mrs Blossom’s lectures on the origins of magic and books on elves and mystical plants.

“The sun and the moon are two of the most powerful sources of magic, one’s power tends to be at it’s peak when they are in view and spells normally start to take affect when glowing sun and a full moon is present...Jena?” Mrs Blossom calls my name but my eyes are still fixed on the green leaves of Elderpine.

“Hey dreamer!” I feel the touch a large object slam against my shoulder, I look and see one of Markus, my worst nightmare’s, textbook landed on my desk with a scribble of me in a pit of all sorts of mean words. He and his friends giggle as I huff in annoyance and shift my attention back to a class that seems to last forever.

The sound of the bell excites me and I’m one of the first to jolt right up from the comfort of my chair and head towards the door with my small bag hanging by my shoulder but as everybody else begins to leave, Mrs Blossom looks at me for a split second, long enough for me to know that I’m not leaving any time soon.

“Yes?” My insides are dying of hunger right now, craving the warm-delicious meat of a burger or the spicy noodles of raman but Mrs Blossom takes priority, it’s probably something about my grades.

“Your grades are going, down and I’ve compared them to yours from last term and they haven’t improved,” She continues to scold me continuously but I couldn’t help but notice the developing mole above her upper lip and let out a small chuckle. “Excuse me is something funny?”

“Well in that case you can leave but make sure you complete today’s homework on the sources of magic, tomorrow there will be an exam!”

I nod my head and rush out into the large, twisting hallways of The Ondrean academy for magic and tainted peoples, like me.

Unlike most of my peers I’m not very into magic or my own powers, manipulating ice and water isn’t the coolest thing, I’m more interested in the art of fighting, with swords, spears and crossbows, so when I begin to make my way to my combat lesson with Professor Zenon, a smile forms on my face and everyone and everything around me is a blur.

The hallway is fairly large and Zenon’s class is on the far end of the third floor but I stop in the middle of my tracks when the loud sound of a siren bursts into my ear and soon, the whole school erupts into pandemonium.

Instead of running around and screaming like the other, girls or racing one another like Marcus and his crew, I simply head to my dorm upstairs, before making my way to the hall, what could’ve possibly went wrong?

My throat tightens when I enter the hall,a large room with about 900 benches placed on the polished floor, facing the exits where the teachers stand.

I’m one of the last to enter, I left my bag in my dorm so I don’t have to bear the heavy weight of my textbooks but the loud sound of my shoes clapping against the wood seems to grab everybody’s attention, so I hurry to an empty seat next to my room-mate, Trini.

“Settle down everyone,” the voice of the headmaster booms throughout the halls and the room soon falls silent. The Headmaster is the most powerful teacher in Ordea, possessing the rare ability to enter and read ones mind, it doesn’t sound that much powerful to me. He is rather slim and always dressed in a velvet-red, robe like suit. His hair, like mine, is a bold red, visible from miles away. Nobody knows his real name, we all just refer to him as Sir or Headmaster but I do recall hearing other teachers address him as Patrick or Eric, I can’t really remember.

Trini taps me on the shoulder and I quickly turn my head towards her, “What?” I ask bluntly. She smiles,

“Hey Jen, I just haven’t seen you In a long time.” I roll my eyes and sigh,

“That’s probably because your always sleeping.” Ok, the truth is I don’t really like Trinity, she’s a weird girl. She spent most of her life cradled and groomed in the capital, Elria, where all the rich and spoiled kids grow up. Her mother originally gave birth triplets but the other two died at birth, only Trin survived. I do know her mother, Lupita, she started a small bakery when she and Trin moved here, probably the only thing stopping me from leaving this miserable place.

“Shhh!” I nudge her by the shoulder, begging her to stop talking but she just doesn’t,

“Ooh, maybe a demon infiltrated the palace and murdered Queen Almina or...or maybe they orchestrated and attack on-”

“Hey!” The headmaster’s face fixes on mine, his eyes narrowed and his eyebrows knitted together in disappointment, “Would you care to share what you and your friend were discussing with the rest of the school?” I swallow hard for I can feel all the eyes on me, the whole hall is silent. Oh, Trina...oh how I wish I could make you pay.

“Well, then as I was saying...a demon has entered the school, and murdered one of our members of staff.” My eyes widen at the headmaster’s words a demon, does that mean the war is still on? Are they still fighting for control over Ordea?

But his next words are frightening, somebody who I looked up too my entire life was murdered, the very somebody who I thought I couldn’t make it anywhere without, “fellow elf and swordsman, Professor Zenon...is dead.” 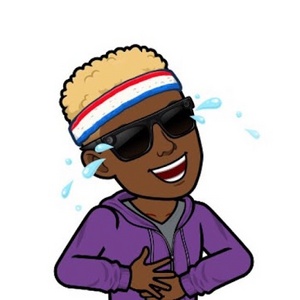 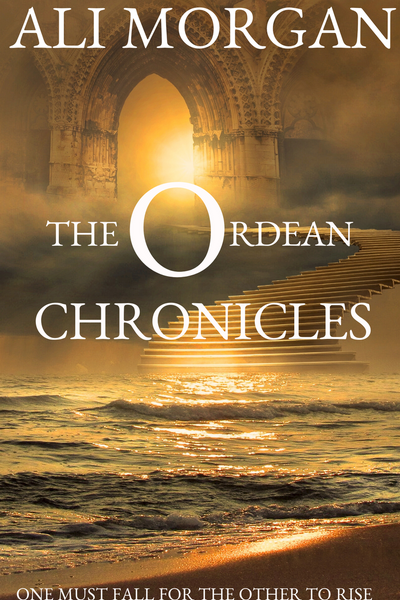 Jena is a student at one of the most prestigious schools in the kingdom of Ordea, a mystical land of mythical beasts, elves, demons and humans with supernatural powers but when a demon attacks one of the most powerful elves at the academy and steals the moon gem, bearer of all dark magic, the world plunges into an era of darkness and Jena is subsequently chosen to retrieve it.
Subscribe 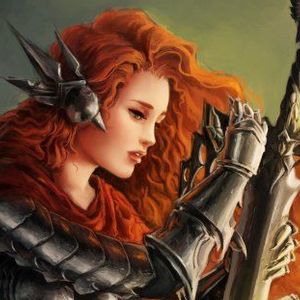