I keep running, bumping into merchants and townspeople as I sprint. I almost fall over but make a quick recovery. England was never known for its sturdy rodes. I can see the port coming up just ahead. The smell of sewage being poured out of windows is almost too much for someone like me to handle. The air is thick with the pungent moisture. It looks as if a storm is coming. I keep running dodging in and out of alleyways, hoping i'll get lucky and lose them. I just need a good place to hide.

My lungs are on fire and I'm struggling to breathe. The sweat covering my body has gone cold with the chill of the wind. As I come up to the port I see an opportunity to hid. A pile of barrels roped together are sitting on one of the docks and for the moment seems to be unmanned. I make a quick turn while ducking, hoping the hords of people buzzing around the ports filling their ships with cargo will hide the direction I went. I open the first barrel, it is filled with gunpowder. I open the one in the second row, which luckily for me, is empty. I give a quick glance around and climb inside, closing the lid on top of me. I hear there voices as they pass by.

"What the hell?! Where d'that little bastard go!? He was right here was'n he?! For fuck's sake! Alright, all you start looking around, ask if anyone around here has seen him." My heart sinks. I definitely ran into a bunch of people that saw me. There's no way I ran in hear without someone seeing me. It's only a matter of time before they realize that I'm hiding somewhere here, and once they figure that out, I'm dead. I'm still crouched into a ball as the heat starts to build in this small compartment. It may have been spring but it feels like I'm experiencing the full heat of summer in this thing. Suddenly I hear footsteps that are coming in my direction. I'm hoping to god that they're just going to pass by and head to one of the boats docked. The footsteps stop. They sound like there right next to me.

"These ones too?" I hear a guy yell. Right next to me, that's how close he is and I'm hoping to god that he's not talking about checking the barrel I'm in.

"Ya, those ones too." My heart's in my stomach and I'm holding my breath, even though I know he wouldn't be able to hear me breath over the roar of people outside. Suddenly I'm moving, and not because the top of the lid was lifted, but because the entire barrel is being lifted. Right about now would be a good time to get out because I have no idea whether this thing is about to be put onto a buggy or a boat, and well, if it's put onto a boat there's no escape from that. I can't exactly get out right now though, it hasn't been that long since I heard those guys looking for me so there's a good chance they're still looking around this area.

"Shit man! I thought these barely were supposed to be empty, did I grab one of the gunpowder ones or something?" Oh fuck, he can't check, if he checks and makes a scene I'm done for. My heart is beating even faster than it was before. I feel it tossing my body with every pump as if it wants to kill me too.

"Quit complainin cause you got a bit a heavy cargo, we all got pull our wait to earn our keep." For fucks sake, I thought my heart might give out right then and there. The news would read 'prince found dead in a barrel'. Ya, that would be something I'm sure my dad would love to hear right about now. I don't know where we wear but I know at some point we went up something and then down a flight of stairs before I was set down. I really wanted to get a little more air in this thing, or at least more than the cracks in the barrel offer. But popping off that lid could give me away, especially since I both have no idea where I am or who is around me. But by the fact that I feel as if I'm rocking and that I can still faintly hear the sound of water is really worrying me. I figure that they probably only just started to load up, what I'm assuming is a ship at this point. So if I wait thirty minutes or so I can try and sneak away before they cast off. My breathing finally starts to become regular and as the adrenalin starts to wear off. A wave of exhaustion proceeds to wash over me. I think... I'll just... close my eyes... for a...

Suddenly I hear a bunch of people scramble down the stairs and start opening some of the barrels. My heart's in my throat and I find myself once again holding my breath. Not this one, please not this one. I hear cannons being fired. Well my problems might be bigger than just being found out at this point. I might just end up dying right here on this ship without anyone even knowing that I was ever hear. That’s a fucking depressing thought. Suddenly, the very thing I was terrified of, happened. The lid above me was lifted and now rather than holding my breath I felt like I had lost the ability to breath all together. I freeze as light pours into the barrel from above, I just keep staring at my knees, knowing full well things could only get worse from here.

"The hell, another fucking stow away huh!" I hear a scraggly voice say. "All right, come on, get out of there!” He says as he grabbed me by the shoulders and yanks me out of the barrel.

“Ok, I know how it might seem but I have an explanation.” I say putting my hands in front of me. The dirty looking man, with matted hair spits on the floor next to me before speaking.

“Yea yea they all do.” He says as he grabs the back my shirt, bunching it into a fist and yanking me to the side. I stumble over as he does, trying to keep my footing. He starts to take long quick strides towards the door. Just before he reaches it through, the door explodes into pieces. 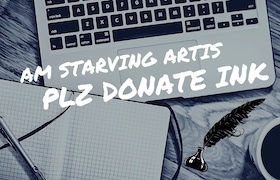 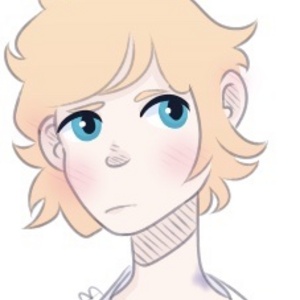 And the story begins. 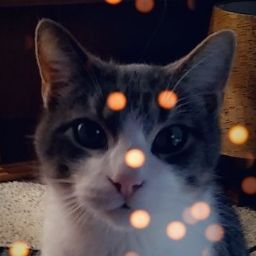 Always good to start things off with a bang! XD 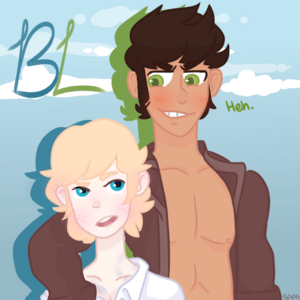 Sebastian, the one and only son of the king of england, is running for his life. Meanwhile Captain Walker is preparing his crew to raid the next cargo ship they've been targeting. These two very different people whose paths would've never usually crossed are about to meet. And this is their story.

***Just a quick warning, this is a story that will have lots of love and cute things but remember this is a pirate story set in the 1600's. There will be violence, there will be rough sexual content and heavy language. So if those things are not for you then please either do not read the book or skip over the parts that make you uncomfortable. Thank you and enjoy the story.***
Subscribe 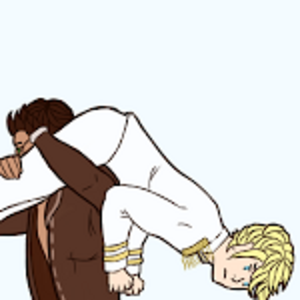