Jenny fiddled with her dress nervously as she peered into the dirty mirror of the motel she was currently staying in. She hated the reflective glass, the image in her head never matching the image that the stupid thing ever showed.

Her jaw was too square.

Her forehead was too wide.

Her nose was too big.

The knot in her throat protruded too much.

Her chest was too flat.

All of these critiques swirled in her head as she continued to fidget with her clothes. “Why am I even trying?” She whispered to no one. After a minute of silence, she came to the conclusion that she wouldn't be answered and she walked away from the mirror. “I guess this will have to do…” She walked over to her suitcase which was neatly sat, packed and ready to go, next to the motel bed.

“When life gives you lemons, make orange juice,” she whispered to herself as she picked up the suitcase and headed out the door. It was a mantra that her eccentric aunt had taught her. It meant that it was okay to stand out. It was okay to be different.

She spared one last look at the motel that she had called home for the last week. She closed the door and walked towards the car that was waiting for her outside. She was going to be living with her aunt down in Florida from now on. She owned an old bed and breakfast on the beach. Jenny would stay and work there until she graduated from high school and went off to college.

Entering the car, she nodded to the driver. He would be driving her all the way down to Florida from Jersey. Originally, Jenny was going to fly down, but her parents had taken her ID when they kicked her out of the house. This was the only option of her escaping the reality of what Jersey had to offer. It was a long drive, but Jenny didn’t really mind. It would give her time to think.

As the driver started driving away from the rotting motel, Jenny saw a butterfly flying parallel to the car. The butterfly had beautiful purple wings. It was free and it left Jenny wondering when she too would be free.

The drive was long and by the time they had made it to Florida, Jenny’s legs were stiff. They had only stopped a few times during the trip to get food or go to the bathroom. The driver drove through the night and just as the sun was coming up, the driver turned down a sandy path with trees that lined both sides.

Soon they came to a large sign that welcomed them to Sandy Hills Bed and Breakfast. Beyond the sign was a large sandy clearing where Jenny got her first look at the place that she would now call home. It was a huge old looking house with a giant white front porch that twisted around the house. The house itself was a bright blue with white roofs and accents. It was three stories tall not including the attic that was nestled in the curving roof at the top.

An attic window was nestled into the shingles of the roof. Standing in the window was an old lady dressed in a bright purple ball gown, her grey hair was formed into ringlets that framed her aging face and she wore a purple hat, with a large purple feather that swooped up. She had long, pointed nails that were painted a deep shade of purple and on one of her outstretched fingers sat a purple butterfly. She stared down at Jenny, a knowing smile gracing her leather lips. While strange, this woman felt welcoming.

Jenny was suddenly jolted awake by a knock on the car window. She had been dreaming, but as she looked around the house the car had stopped at was the exact same house in her dreams. A house she had never seen. Staring through the window at her was her aunt, a huge smile plastered on her face.

“Jenny!” Her aint called out and as soon as she got out of the car she was enveloped into a death grip called a hug. “I am so excited that you are here, sweety!” Her aunt stepped back, finally releasing her. Her aunt was a petite woman in her early forties and was robust in a way that made her perfectly suitable to own a bed and breakfast. Her cheeks were pink with perpetual excitement and her brown, chocolate hair was fashioned in a large beehive that seemed to reach for the heavens. She wore a pink sundress and an apron adorned with bright multicolored tropical flowers.

“Now sweety, come on inside, Alfie will take care of your luggage! I need to show you around the place!” Her aunt said excitedly and without waiting for a response, pulled Jenny up the stairs of the porch and into the house. Every inch of the house was beach themed and looked as if it had come out of some sort of nautical hell.

“Now we do not have any guests at the moment because of the renovations, but we should be booked up soon enough. We will be living on the third floor! The second floor will be for the guests. There are five bedrooms on that floor. The first floor has the kitchen, the living room, and such used for entertainment. Am I forgetting anything…” Her aunt pondered off for a moment, “oh yeah, stay away from the attic! It still needs to be renovated and the floors up there are a little on the delicate side.”

“Yes sweety, it's dangerous so stay away. Now you must be hungry after such a long drive, let's get something in that tummy of yours! I was actually just baking a breakfast pot pie, vegetarian of course! It should be done any moment!” Her aunt replied and just on time, almost like magic the oven alarm went off.

After breakfast, Jenny was laying on her new bed in her new room staring out the window. Her life had become full of strange oddities. Just as she was about to drift off into a nap, something outside caught her eye. A purple butterfly fluttered onto the glass of the window, flapped its wings twice and then flew off. 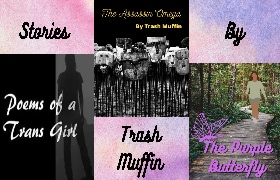 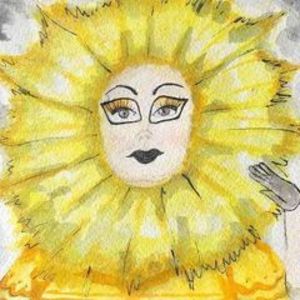 Ok, I think I'm hooked lol I love the aunt and can't wait to learn more about Jenny! 🦋 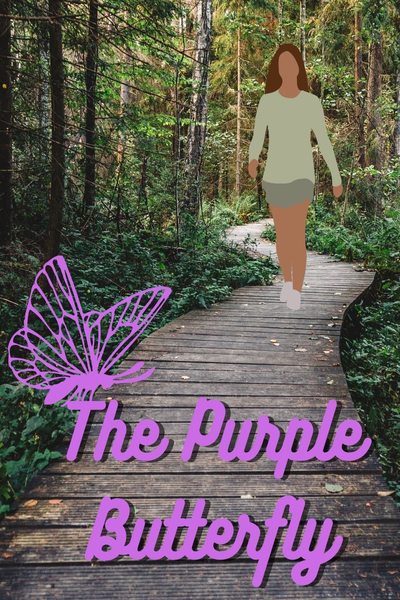 Jenny is a young trans-girl lost in a world full of purple butterflies, Florida heat, and nautical hell. After being kicked out of her parents house, Jenny is forces to move to Florida with her perpetually happy aunt where she discovers more about herself then she ever thought she would.

This novel is a mix of slice of life and fantasy-adventure.
Subscribe 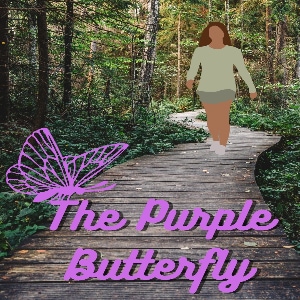