Princess Sauda (age 16) storms to her vanity mirror in her all-red master bedroom, shutting the door behind her with anger and grief on her face.

"What does it mean to be a Royal?" Clutching the desk in front of her with her brown skin hands as she hunches over to look at the table below her. Her long silver hair falls over her face, covering her eyes. Sauda bangs her hand on the table, knocking the beautiful flower tiara off her head." Why am I not good enough!?" Looking up at the mirror to reveal her hazel eyes through her hair. As the straps from her light purple ball gown slowly start to slip off her shoulder while the door behind her slowly opens to disclose her mother through the mirror.

"Are you okay, sweetheart?"

" mom, please just leave me alone I don't need your pity right now." As her eyes start to water from all the mixed emotions that she's been feeling.

Sauda's mother starts to walk closer to her revealing more of her identity. She watches her silver hair blow through the wind. As her off the shoulder pleats mermaid dark purple evening dress trails behind her while her hazel-green eyes shimmer through the mirror, complimenting her darker skin tone. She reaches out to touch Sauda as she quickly turns around to slap her mother's hand.

"Why didn't you have my back out there, mom!? Are you scared of dad as well? Because that wouldn't be a complete surprise to me. As you allowed men to walk all over us our whole life! Do you even have a back-.

Her mother pulls her hand back and slaps Sauda to the ground, stopping her from completing her sentence.

"You may be grown, but I am still your mother! I will not allow you to disrespect me in my own house," she said with sternness in her voice.

"Your right; I am grown, which means I don't need your or dad." She said with a revengeful look.

Sauda stands up as her eyes turn silver, growing out a white fox tail that wraps around her waist. She prepares herself to attack her mother until her brother Prince Iseul( age 16) appears in front of her. Standing there with his royal purple prince suit and dark blue dress pants, followed by his black shoes. With his gold crown slightly tilted on top of his black dreads to brighten his light golden brown eyes, to contrast with his brown skin tone.

"Sauda, what are you doing?" He said with confusion.

"What did you do now, mother?"

"I did nothing." As she clutches his shoulder tighter.

"LIAR!" Waving her hand in front of her with anger.

"Sauda, tell me what happened."

"Sauda, I'm not leaving you.

Iseul looks at Sauda with complete shock " What? What are you talking about?"

"No matter how hard I try to be better than you or any other guy in this world. I will always come up short. Clutching her fist in relief.

Sauda starts to walk past Iseul and her mom as Iseul grabs Saudas wrist.

"Sauda, wait, please talk to me; ever since this whole Royal situation started, all you have been doing is shutting me out. I'm trying to be the best brother I can be.

Sauda takes a moment to calm herself down, getting rid of her foxtail and claws. As she slowly turns around to Iseul with a heartbroken look.

Cautiously pulling her arm away from Iseul.

"If you guys need me, I'll be somewhere far away from here."

As Sauda walks out of the room, she runs into her father in the hallway. She looks at him with fear in her eyes while gulping her spit as she holds her breath. Freezing in place with the presence of her father sucking any little energy out of her. He looked at her in her eyes, striking more fear into her soul, while he proceeded to speak with his deep, monotoned voice. Sticking his light skin arm out of his long purple robe with white fur around the neck with a low black buzz cut.

"Sauda, what is the problem now?"

She looks at him with silence.

"Answer me now! Before I put you back into the void."

Sauda gasps, "Nothing is wrong."

"So why did you make a great scene in front of the Council and our entire kingdom? Do you love making a fool of me?" He said with great frustration.

"I can't tell; you're just like your pathetic sister. If it weren't for your brother, you wouldn't be here right now. You should be thanking him."

"Okay, I get it." feeling some sense of guiltiness.

"No, you don't get Sauda. You will never get it. Until you accept the fact that you will never be anything more than just a woman."

" I can be whatever I wanna be. You watch, I'll prove you wrong!"

Prince Iseul and his mom walks out of Sauda's bedroom and into the hallway. Sauda turns around and looks at them with more tears in her eyes.

"I'll prove everyone who doubted me wrong."

Sauda runs past her father as Iseul tries to chase after her, but his father grabs him by his suit, stopping him in his tracks.

"Sauda, wait!" he screamed with sorrow.

Princess Sauda runs out of the palace and into the town as everyone looks at her with a surprising shock.

"Is that the princess?"

"What is she doing outside of the palace?"

"She's always been a troubled child."

She counties to run past all the people in the town as someone with a black cloak watches her from a distance, following her as she runs into the woods.

"This should be far enough." Walking upon a huge lake with fog surrounding the area. She takes a seat on a boulder next to her. "I don't want to be here no more." Crying into her hands, A mysterious figure appears behind her.

"I can make that happen, Princess Sauda."

She jumps off the boulders and falls into the lake as the figure is now gone.

"Who's out there?" She said in a frantic as the water behind her starts to swirl, showing herself images. Seeing her own self smiling and being happy. "This isn't real." She hears a faint voice behind her.

Sauda turns around to see the black figure floating behind her, gasping for air.

"All we just have to do is erase your memories, and this place would be just a dream to you."

"Sauda, where are you!?" She hears her brother calling her name in the far distance.

" Come on; you don't have that much more time. He's coming to take you back to that oh so awful place."

"Are you sure this is going to work?" she said with curiosity.

"I'm positive, my princess, you can finally be who you want to be."

Sauda sits in the water for a while to think about her decision. She stands up and looks at the figure in its face.

"I'll do it," she said with certainty.

" Excellent! Now go stand in the middle of the lake. The figure said with a persuasive attitude.

"Sauda! Please, I just want to talk!" yelling with sadness.

Princess Sauda has a sad look on her face as she hears her brother's voice getting closer.

"Maybe I should go talk to my brother before I make this decision."

"No!" The figure said forcefully.

The mysterious figure shoots chains out of the water, holding Sauda in place for she can't move.

"Iseul!" She screamed in agony and fear.

"Let the process begin." The figure starts to write magic symbols in the water, making the whole lake swirl and glow.

As the figure continues to write symbols in the water, Sauda slowly starts to sink in the lake. The swirl starts to get stronger as the figures finally finish the spell.

" looks like my time here is done, have fun with your new life on earth. Im sure as hell am not going to miss you." The figure disappears as Iseul finally arrives at the lake.

"I'm going to jump in and come get you," he said with courage.

"No, don't! You're not going to be able to survive the swirl." Sauda tries to stay calm as more of her body sinks into the water, leaving nothing but her head poking out.

"Sauda, I know I can save you. Just trust me this one time." pleading for her to trust him.

"Iseul, I don't know where this thing is taking me, but I'm pretty sure I'll be fine. Just continue on the road to becoming king."

Sauda then mouths something to Iseul, making him cry in shock.

"Bye, Iseul." looking at him with a smile on her face.

The lake completely swallows Sauda whole, leaving her family behind.

"Sauda nooo!" Iseul jumps into the water as the swirl stops, leaving nothing behind. As the portal below takes Sauda to the plant earth.

Spitting her out of Ryoko's bathtub, lighting up his whole room. Ryoko wakes up to see his bathroom is lighting up. He jumps out of his bed and walks to the bathroom, opening the door to see an unconscious Sauda.

"Ahhhhhh! Mom, there's a girl in my bathtub."

If you are enjoying the story so far, please feel free to comment and sub❤️ I would really appreciate it; I would be posting every Friday at 5:00 est. 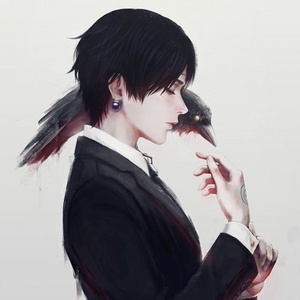 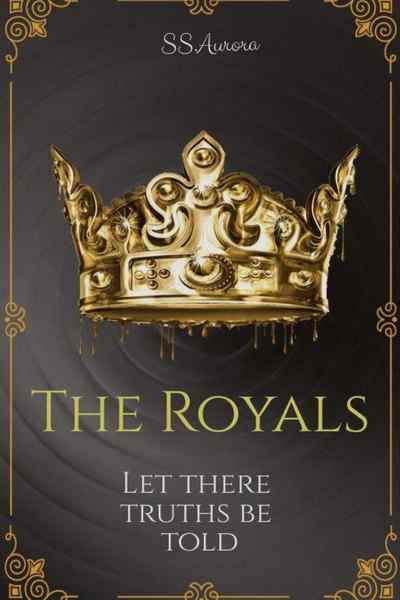 After returning to her planet with her memories erased, Ryoko must help Princess Sauda figure out who she is. Upon trying to help Princess Sauda Ryoko uncover secrets along the way, making this more than just an adventure. As things start to get serious when king Iseul and the others of the council get involved. Will Sauda and Ryoko have enough time to get her memories back and crack the case of the Royals.
Subscribe 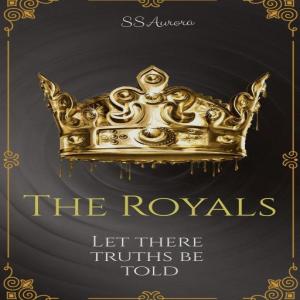