The Sun Against The Night Sky

The feeling of suspense and mystery lingers in many as night falls. Neighboring homes can hear the building of wooden shutters, the knocking of hammers, the closing of doors. Everyone is preparing themselves for complete isolation towards the moon.

As the sun retires its shift, paroling officers make sure that no soul is wandering the streets. Only authorized citizens; Tanglers, are allowed to walk the streets at night and use their power.

The town called Osrios, is safe, as long as everyone stays indoors at night and ignores the screams of the creatures that come to hunt.

The wind is screaming, pushing hard against Fang's face as he dashes through corners. He often wanders off, but loses track of time. Curfew is at 8pm sharp. There are only three minutes until curfew and he is ten minutes away from home.

His lungs are squeezing, knees are aching, but he tries to tear down any wall of pain so that he may make it home in time. He remembers the last thing that happened to someone who broke the curfew rule.

Rumors linger the streets of his screams. A cry so loud, his voice resembled a storm wanting to trample on those who wronged him. The patrol officers were right in the middle of the storm, pushing their way through, they calmed it. Tamed it. Now the storm is no longer. Never to be heard of again.

In Fang's side view he sees a guard looking around. He can feel his heart getting tighter. The anxiety is coursing through his veins. At this moment, he stops running. Wearing a panicked expression, he tries to find a quick hiding spot.

With his surroundings being nothing but a stoned street with the smell of rain, boarded up stores and homes, he has little options.

He can feel the stress in his jaw. The heavy sounds of boots walking down the street gets Fang's blood pumping, his hands trembling, he must find somewhere to hide.

Suddenly, a firm hand grabs at his trembling ones, pulling him into the shadows. His heart jumps and he feels a slight tingle slither down his chest and towards his waist.

Fang tries to turn around, but the firm hand quickly makes its way to his jaw and keeps it forward.

“Don't turn around and stay quiet,” the voice commands. A tone so deep it could resemble Davy Jone's Locker, but it also had a sort of elegance to it.

Fang listens to the man. An unsettling thought floats around in his head. The only people out at this time are two kinds of people. Patrol officers, and the creatures.

His mind is filled with darts that do not know which target to hit. He was never any good at mind games. If he runs, he'll get caught and nothing but horror awaits him, but if he stays in the hand of this stranger, he's as good as dead.

The officers begin to walk down the street, looking left and right with their backs straight and their eyes filled with caution. Fang and the strange man are pretty tucked away in the shadows behind a building.

The patrol officers begin to walk a little further from where Fang and the stranger is.

The stranger leans closer to Fang and he can feel his cold breath on his ear. He tries his best to hold his breath.

“Sorry to have to do this to you, but you're the only one I can rely on now. I need someone on the inside,” his voice is calmer now, modulated, a lullaby like whisper.

“When you get caught-”

“Get caught!” Fang accidentally yells in an anxious panic.

Fang can feel the stranger's hand tense on his jaw.

“I heard something!” A patrol officer shouts.

“Shit! You're going to get taken to a facility. There, I want you to deliver a message. Just let Elrose know that the blood moon is a perfect view from the garden,” the stranger then lets go of Fang's jaw and rushes off into the dark.

Fang touches his knees and begins to breathe heavily. The only glimpse he was able to steal was of the stranger's unusual colored hair. It has a sort of purple hue to it, mixed with gray. The other half of the stranger's hair is as black as the sky tonight. So somber and mysterious. It was all ties in a messy bun.

“Turn around!” A patrol officer shouts.

Fang closes his eyes and lets out an annoyed sigh. He stands up tall and does as the man says.

“Show us your hand,” the officer commands.

“I'm a citizen,” Fang says under his breath.

“Quiet!” the officer says boldly as he scans Fang's hand.

Each citizen is given a chip that is inserted into their hand. It helps to tell them apart from the other creatures.

“He's a citizen Rowland, let's take him in,” the officer says to his partner as he turns Fang around.

He puts his hand together and locks an electric bar around his hand.

“Alright, move,” his voice is bold and intimidating.

Fang doesn't say a word, he's too confused to even think of anything to say. The blood moon, that stranger, his mother, everything is colliding inside of his head. He doesn't know what he's going to do, but all that matters is now. 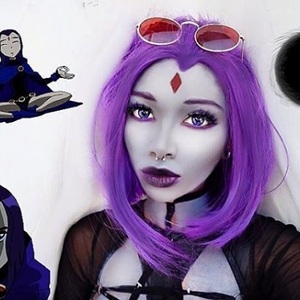 Fang finds himself panicked; not able to make it home in time for curfew. He meets a strange man who gives him a riddled message. When Fang gets taken in by authorities he is faced with an even bigger problem and a choice. 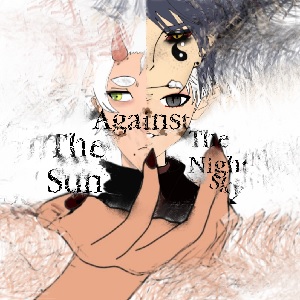 The Sun Against The Night Sky

In the world of Emnet, there is a rule all must go by or face great consequence.
(One must never talk to someone out of their race.)
(One must never use forbidden magic.)
(One must always respect their arranged marriage.)
(One must work by the age of sixteen.)
And last but not least, one must never go out when the sky is dark unless titled as an authorized defender.

Fang, a citizen who often questions his hometown's beliefs, breaks the curfew rule and is then faced with two decisions. Betray the ones he loves for a greater cause or die a loyal citizen. The choice is clear to him and the war against the sun begins.
Subscribe 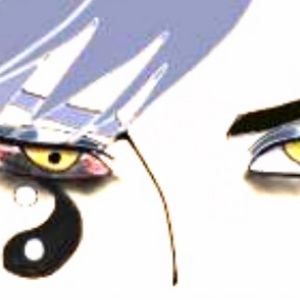