The Time I Got Isekai-ed

The Time I Got Isekai-ed
Once upon a time, there was a beautiful noblewoman in the kingdom of Aurelium.
Women envied her. Men fell in love with her. She had the prettiest golden curls, the sweetest blue eyes, and the clearest skin of them all. At every ball she went to, she wore the finest dresses from the most established dressmakers. At every ball she hosted, she put together the most lavish decorations. She was even lucky enough to have caught the eye of Aurelium’s crown prince, who was just as handsome and she was as beautiful.
Of course, if you had asked anyone who actually knew her, they would tell you a very different story.
Emilia Winterquist was, by all accounts, a cold-hearted, selfish woman.
To some of the people who lived in the world of Widen, this might have come as a surprise. But to those who lived on Earth, it wasn’t a surprise in the slightest. Emilia Winterquist was the main antagonist of The Prince’s Temptation, a trashy but wonderful romance webcomic that very few people had actually read. My personal theory was that it was another high fantasy romance that didn’t really add anything new to the genre. The story was one readers had heard a hundred times before: the prince falls in love with the poor commoner protagonist, which upsets the vain noblewoman he was set to marry since childhood. As the protagonist gets introduced to high society, Emilia becomes more and more of a nuisance as she tries to ruin the protagonist’s image. This unsurprisingly backfires. The comic wasn’t finished yet, but the popular fan theory was that she would end up imprisoned in a demon’s realm for eternity after the realm was briefly introduced.
My second, Temptation-related theory was that I had gotten so attached to it because of its art and its holy, seemingly unlimited grail of episodes to read. It was long-running, so there was always something I could read for the first time or go back to rereading. I had been reading it all through high school, and was still reading it halfway through my freshman year of college. , too,” I said.

My classmate, Jaylin, blushed. “...I just needed another comic to read it.”
“I won’t judge you,” I reassured him with a warm smile. His blush lessened, but he still looked a little flustered. He had been the one to ask if I was reading it when we were waiting for class to start an hour ago. I was surprised he was the one getting so flustered. I hadn’t dared bringing up Temptation to my high school friends.
...Not that I really had them back then.
We neared the crosswalk that led to the parking garage.
“How long have you been reading it?” I asked, eying the road. It was surprisingly clear for this time of day. “I’ve been reading it since high school.”

“I read it this summer,” Jaylin shyly said. He tucked a strand of long, brown hair behind an ear, gaze down towards the ground instead of on the road in front of us. I couldn’t remember the last time I had heard him speak that much.
“That must have taken a while.” He nodded. “I never thought I would get so invested in the story. It’s not even that original, but…”
I shrugged, my smile turning sheepish.
Jaylin gave another nod. He fiddled with a black ring on his finger, eyes still turned towards the ground instead of at me. “...Do you think the author will ever do more with the demons?”
I mulled over it.
“I don’t know,” I said as the crosswalk system said go. Jaylin and I stepped out onto the street. “I think they added the demon cult to increase the stakes. Emilia could only be the source of the conflict so many times. It would have been nice if they were mentioned sooner-”

Tires screeched on concrete.
I looked away from Jaylin. There was a truck coming straight for us, even though the light had just turned red. The driver, who had been distracted doing who knows what, seemed to have realized his mistake and was pounding on the brakes. But with a truck as big as that one, there was no way he would ever be able to stop it in time.
And there was no way we’d both be able to get out of the way.
Jaylin was in front of me, so I did the very first thing I could think of: I pushed him.
I felt a jolt of pain, a startled cry, and then nothing at all.
~xXx~
When I opened my eyes again, I felt groggy and disoriented.
I vividly remembered getting hit by a truck. I also vividly remembered walking home with Jaylin after class. So why did I feel a soft mattress underneath me and warm covers above? Had it all just been a nightmare? The thought of the conversation with Jaylin just being a figment of my imagination hurt, but at least I wasn’t actually injured.
I pushed my covers and stretched. After a dream like that, I really needed a coffee-
Wait.
I paused, looking back up at the ceiling. That wasn’t my ceiling. When I looked around the room, it wasn’t my bedroom, either. It was far too fancy. There was an absolutely enormous closet, a tall, ornate mirror, and countless other room decorations that I had never had before. They seemed familiar in a way that was making my heart start to race.
Don’t tell me...
I slipped out of my bed and walked over to the mirror, all too aware that my hair was far too long. The last time it had gone past my shoulders was in second grade. There were other differences, too, but the hair length and quality was the most glaring one.
I stopped in front of the mirror.
When I stared into it, Emilia Winterquist stared right back at me. I poked the mirror. Emilia poked it from the other side. I grimaced. Emilia, did, too. I stuck my tongue and tried to pull the silliest face I could think of, desperate to make myself feel a little bit better.
When Emilia made the same exact face, I knew that my fate really was sealed. There was no way I could deny it anymore.
I had been isekai-ed. 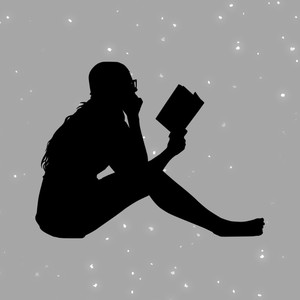 Emily finds another fan of The Prince's Temptation. 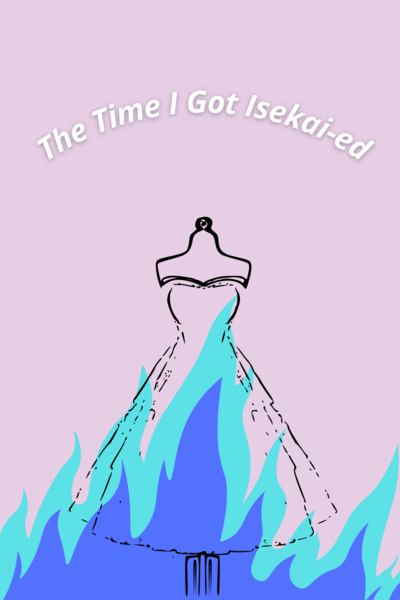 The Time I Got Isekai-ed

Before her untimely death, Emily Smith was a normal college freshman with a love for isekai. Then she died and ended up in the trashy, cliche web comic that she had been reading since high school. Now stuck as the shallow villainess Emilia Winterquist, Emily has to deal with an increasingly present heroine, a royal fiancé that hates her, and a future demon cult subplot the author never bothered to flesh out. After reading web comics for so long, Emily knows that she won't be able to keep the story straight. She also doesn't want to die and end up in the demon realm when the story comes to its conclusion.

But with the demon cult prematurely on the move and the prince (unsurprisingly) falling in love with her, can Emily really handle the world of The Prince's Temptation?
Subscribe 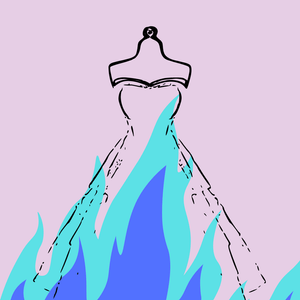