The Truth About Goblins

“Are these your parents?”

The officers waited a moment before repeating, “Are these your parents?”

No, she thought again. But she hesitated to say it. This wasn’t denial, it wasn’t that she didn’t want to believe they were dead, because they were dead. There was no denying it. But they weren’t her parents.

She stared at the two corpses laid out in front of her. She acknowledged that when they had been alive, those people had raised her. They had taken care of her, fed her, clothed her, sent her to school like good parents would.

But they were not her parents.

The policemen looked first at each other, and then back to her. “Are you sure? Are you positive that these are not your parents?”

She was sure. Her certainty shocked her as much as the officers. She couldn’t explain it, but staring at those cold, dead faces, Anny knew they weren’t her parents. She had never met her parents.

“They’re not my parents,” she said.

The officers still looked skeptical. “Are you absolutely certain? You are Anastasia Greene, aren’t you?”

How was she going to get out of this one? “No,” she lied. “That’s not my name.” But even as she said it, she felt that Anastasia Greene wasn’t her real name either. Strangely enough, she had always felt that way.

The officers exchanged glances. “Sorry,” said one. “We were told…” He shook his head. “But I guess there’s been a mistake. We apologise.”

The two officers led her out of the room and back to the reception area. Left on her own, she stifled a laugh as the policemen exited the building in search of the real Anastasia Greene. Eventually, they would realise that they hadn’t been mistaken after all. Eventually, she would be in trouble.

Taking a seat against the wall, Anny weighed her options. Her parents, who weren’t actually her parents, were dead. She couldn’t call them to pick her up from the morgue, and she couldn’t return home since those officers would probably be looking for her. What was she supposed to do?

She gazed out the window in thought. The waiting room was empty, for the most part. But from where she sat, Anny could see two men standing outside the door, waiting. At first, she ignored them. But as the seconds wore on, she couldn’t stop herself from casting glances, conspicuous as they were with their matching dark suits and sunglasses. What were they doing, waiting at the morgue?

One man turned to meet her gaze. Anny looked away. But out of the corner of her eye she saw him grab the shoulder of his companion in alarm. Turning her attention back to the pair, her heart skipped a beat. One of the men was pointing to her.

Trouble wasn’t going to come eventually. It was here. And it was now.

They opened the door, she sprang from her seat. As the angry voices grew louder behind her, she knew the men were after her. She heard them yelling for her to stop.

She tried to think as she bolted down the hall. Her so-called parents, or whoever they were, were dead. What had the officer said? Car crash? A likely story. And now, minutes after arriving at the morgue, two strange men show up right outside the door, lying in wait. What did they want with her?

Panicking, she slammed into an emergency-exit door. It swung wide open. The men were close behind her, but she had a head start. She could still outrun them.

The exit led to an unfamiliar alley, but that didn’t slow her down. She had to find a place to hide. Rounding the corner, she heard a loud bang resound off the high walls of the nearby buildings.

They have guns? She pushed her fear aside and kept running. It was now or never if she was going to hide. She spotted a nearby garbage bin, and as much as she despised the thought, she realised there was no other option. Lifting the lid, she held her breath and slid inside.

And not a moment too soon. She heard their frantic footsteps through the thin metal walls of the bin, listening as they hurried past her. She let herself breathe again. And to her relief, she realised that it hadn’t been garbage after all, but recycling.

But Anny knew her victory would be short-lived. The men would be back. She lifted the lid once again and slipped back into the alley. Downtown was close, and she knew it would be crowded. If she could only get back to the main street, she had a chance of escaping. What to do after that, she didn’t know. But for now, she had to focus on putting some distance between herself and those men. 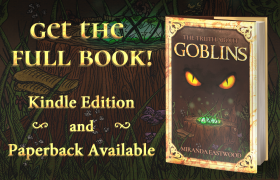 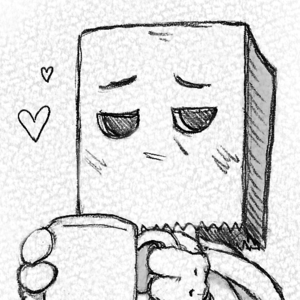 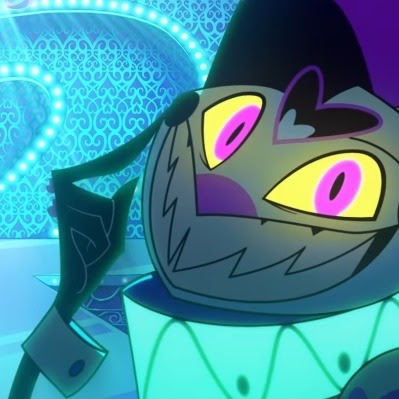 very interesting. my curiosity is piqued 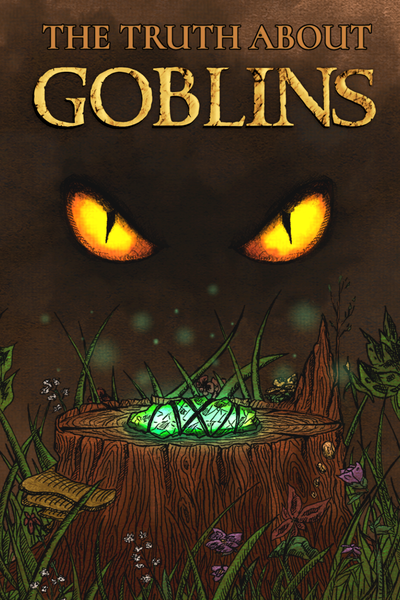 The Truth About Goblins

Anny’s parents are dead. In an instant, she is left alone, forced to face an impossible question that has shadowed her existence since she was a child. But the answer to this question will not be found above ground…

Far beneath the surface, there is another world, a secret world. A nocturnal society where magic is not dead, and where the fine line between fact and fairytale is dangerously undefined.

It is there, amidst inexplicable wonders and nightmarish monsters, that Anny will discover the truth about her past. Deep below ground in the dark and fatally enchanting realm of the Goblin Market. 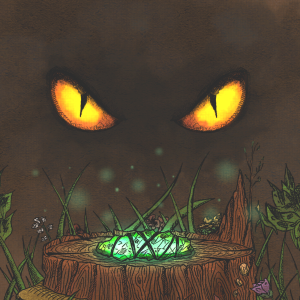