His parents caught him screwing a guy. It was either this or getting kicked out. He chose this.

Boarding school didn't sound like such an awful idea until he got there and saw how everyone merged into the same person.

It seemed there was an unwritten rule that each snobby kid with a rich father or famous mother had to look the same - from the haircut to the phone they used.

James would've been a perfect fit. Too bad, his parents were professors and not politicians. Too bad, he liked having his hair short, not styled. Too bad, he liked leather jackets and not uniforms. Yet there he was, in that God-awful place, holding his suitcase and saying goodbye to his family.

He did the walk of shame to his assigned room. People watched him, the angry, buzzed head guy, with a black leather jacket and too many silver rings.

James knew he was going to have a roommate, probably some guy who wears polo shirts in his free time, and starts his sentences with "my father." He discovered, to his immense pleasure, that the guy wasn't there. His stuff certainly was, and whoever this dude was, he wasn't neat. Not by a longshot.

The room was split in half. His side was empty, just a bed and a desk. The other side was a post-hurricane tragedy.

There were a lot of books with authors James couldn't pronounce. Russians, most likely. He had to ballerina his way through scattered papers and a Coke-can tower that reached his hips.

"I never had a roommate before."

James looked and saw him in the doorframe. He wasn't sure what he had expected him to look like. Probably messy. Probably resembling his side of the room. He didn't. He was, as the classics say, picture-perfect. His hair, his uniform, his damn shoes were out of a magazine. For some reason, James found this to be rather irritating. Infuriating even.

"Hi." He faked the fakest smile and didn't stretch out his hand. "Well, too bad, you're stuck with me."

The guy's eyes darted from James' short hair to his band t-shirt and ripped jeans, stopped for a second on his dirty boots, then moved back up to his face. He did a full-on assessment of him, and his face didn't change once. He was looking him in the eye now. At least, James thought, whatever judgment he made, he kept it to himself.

"I'm Victor," he said, leaning on the doorframe, arms crossed. He didn't offer to shake his hand either.

"Nice to meet you, James," Victor stepped into the room and kicked some papers back on his side. He was tall, James noticed and had an urge to stand and see if he was taller. And he did. And he was. It was childish, James realized, but this small thing still made him happy.

"Try to keep your stuff to yourself," James said. Victor turned towards him and straightened his back. He cracked a smile or something that resembled a smile. It lacked amusement.

They were face to face now and James could tell that this guy never had a broken nose. That his eyes were gunmetal and his lips were chapped. That he was handsome and sleep-deprived.

"Thanks," James said. "Oh, and I'm going to be bringing people to bed." He winked.

"People?" Victor's face betrayed nothing. He didn't blink; he didn't blush. James liked poking people; he enjoyed seeing what made them tick. And he wanted to see what Mr. Perfect found offensive.

"I'm usually not around all that often."

James smiled, showing teeth. He wondered where Victor went. They were in the middle of nowhere. Students weren't allowed to leave, and the only people who had cars were part of the faculty. 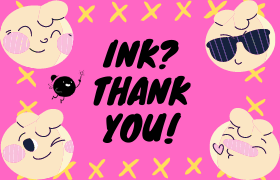 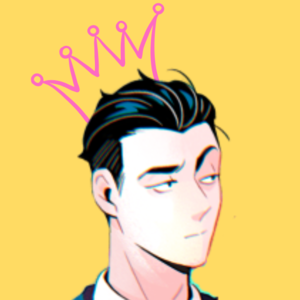 Hello? Anyone in the mood for some boarding school boys?

"starts there sentences with 'my father'"
just- Malfoy who???

James falls for a guy. Then another! He's torn between sweet Oliver and tragic Victor. He can't pick between them, but maybe he doesn't have to.

His mind tells him no, but screw that; his heart craves them both.

James needs to find a way to navigate this new type of relationship before he hurts the ones he loves most. 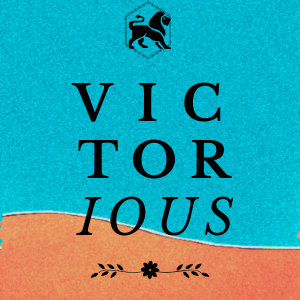