Fate is predetermined and can’t be changed – whether it’s a matter of life or love – it is absolute. However, intertwined fate can cause confusions. This is very common and can be seen clearly in relationships. Couples break up after being together for many years, a married couple had sat side by side a few times without knowing each other or your fated partner is your childhood friend’s best friend. These are some common examples of relationships affected by the intertwined fate of love.

From ancient times, there are people who had the ability to see these fate. They are usually ostracised for being weird. Some call them shaman, some are called witches while those who can see death were hunted and killed. The Salem witch trial started because of a person with this ability. In the east, there were people with the ability to see fate that was accepted in the society despite having their credibility doubted many times. They are the ones that can see the thread of love and I am a descendant of such family.

The ability to see the red thread of fate or the thread of love is gifted to the first daughter in my family for generations. In ancient times, the first daughter in my ancestor’s family was tasked with being a matchmaker in the village but after a noble lady who was matched by my ancestor lost her husband’s love because he took in a concubine, she decided to burn down my ancestor’s house out of anger. They had to run away from the village and hide their ability while living in a new village.

Following the incident, my ancestors decided that the powers will not be used to match couples except for within the family or untangling threads that is in complicated knots. Since then, every firstborn daughter was taught about the threads and the rules that needs to be followed while dealing with the thread. In my case, I was not taught about all these since I have an older sister who is responsible for the task. At least, until 3 weeks ago.

I opened my eyes and lifted my head that was resting on top of the table, look at the surrounding of the café that I’m sitting in, took a deep breath, sighed, and closed my eyes again. It’s been 3 weeks and I’m still not used to the sight.

“There are too many red threads” I muttered “how did Eunbyeol walk around so easily with all these threads hanging and blocking the way?” I grumbled. I heard a knock on the table followed by a woman’s voice asking if I’m okay.

“Eunbi-ah, can you walk?” the woman asked.

“Mom, the string is everywhere” I whined.

She sat down next to me and held my hands. The gentle strokes of her finger on my hand managed to make me calm down.

“I know it’s hard for you but let’s do our best. Grandma is looking for information of similar cases in the books that the ancestors left behind. It would have been easier to train a young child, but your sister was not in a relationship, let alone have a daughter to inherit the ability before she left” she comforted me.

Dear older sister, why did you die before having a child? I must deal with the threads now that you’re gone! I can’t even walk around normally because I would be conscious of the threads! Wait, is this why you always fall down the stairs when you were a kid?! I screamed internally.

“Okay, lets just go home” I said and stood up.

“Eunbi-ah” my mom asked as she guide me while walking out of the cafe “how did you go all the way inside the cafe? Usually, you'd be sitting at some random place while waiting for me. Last time you walked alone, you were sitting in the middle of the street, at the exact place where you stopped to call me” she asked while looking directly in my eyes.

“I don't know who that was but after I fell down because of the threads, he guided me to a seat and offered to call anyone I know” I said “but I told him I'm okay, called you and then he just walked away after confirming that you're coming to pick me up” I shrugged.

I saw her holding back her smile and I clearly know what she's thinking.

“Mom! Stop pairing me with every man I talk to! I don't know him and I didn't even see his face!” I complained.

“You're 25 and still have no boyfriend! Your sister was the same! I had your sister when I was 21 and you at 25!” she said and the whole ride home was filled with her voice, nagging me to get a boyfriend. 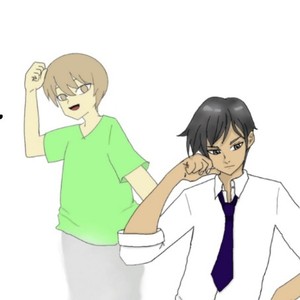 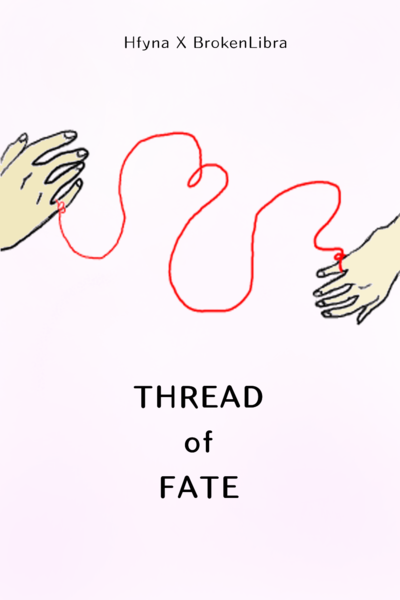 What will you do when you're suddenly dumped with the ability to see the red thread of fate?

Eunbi was suddenly able to see the red strings of love after her older sister's death. She is troubled by having the strings obstructing her view which affects her daily activity. Will she be able to get used to her new ability before starting her work as a secretary?
Subscribe 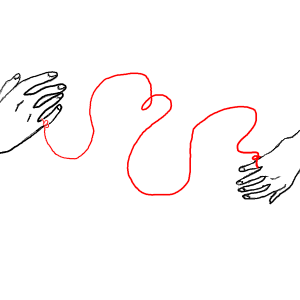