Red, orange, yellow. The bright, warm colors swirled and sizzled and burned Ari's dark eyes, so he slipped them shut and inhaled the strong scent of burnt wood and fury red.

The smell reminded him of when he was a child. With his pack. His family. They used to huddle around a huge fire and dance their heart out.

Ari spread his arms wide, as if he had wings. His feet crushed multi-colored leaves and he hummed a sad tune. His head swayed along with the tiny crackles the fire sang.

"Fly, fly!" A little girl with dark orange hair yelled and hopped ever so high. She had human wings like Ari's. A big grin overcame her tan, freckled cheeks, and her feet betrayed the wings and crushed the defenseless twigs beneath her.

"Fly," Ari copied her words in a soft tone. He crouched and the child followed suit. Ari gave her a warm smile. The harsh breeze almost knocked her off her feet, yet it only tickled the boy's cheeks.

He hopped. So did she. They both slowly, in unison, raised their hands, then lowered them. They swayed with their staggered steps and circled the flames that danced in-between swirls of smoke.

"Lan?" Ari whispered and halted his dance after she came to an abrupt halt.

Her eyes were as dark as Ari's, but even though it was night and stars decorated the sky, Ari could see the tears prick. Her thin shoulders hunched back and her chin dropped to her chest. The wind harassed her long, wavy hair.

Ari spun on his bare heels. He inhaled a scent he never took kindly to. A scent that no human could ever experience.

Lannie's brother was tanner than her, and he stood tall, several inches over Ari. His eyes were a dark brown, but other than that, he did not resemble his little sister. His hair matched his eyes and looked wild, as if he had just woke or ran a marathon.

Ari almost sneered. He knew what the guy had been up to.

"Ah." His eyebrows raised, and he glanced at his sister. "Why are you here?"

"I babysit Lannie," he whispered and took notice of Lannie who trembled like a leaf in the wind. It was frigid and cold. Ari patted her puffy coat; he knew that she wasn't cold because she had multiple layers of clothes on. She shook for an entirely different reason. Ari dropped his gaze and mumbled, "for months now."

"Oh." Kye cocked his head to the side and stared at Ari's bare, dirtied feet. "Let's go, Lannie. It's late."

Lannie backed up. She shuffled back against Ari and whined.

"Lan." He held a hand out, and the girl huffed and ran past him. She slammed the door shut behind her.

Ari's chest constricted; it was as if a weight had landed on his heart.

"What," his lips thinned when Ari looked up, "was that dance?"

Ari's mouth threatened to fill with cotton balls. He sniffed at the cold air and hoped the darkness would consume him. That the murderer wouldn't press more.

Clouds rolled over the moon. The only light that gave pity to the dark was the glow of the flames, and oh how Ari wished it could be like that forever.

"A dance Lannie liked," he mumbled and slid his sore feet into his tattered shoes from countless hours of inhumane runs.

"I know." Ari made sure to give him a nasty glare.

Kye frowned and Ari took off, just as the fire crackled and spit.

Ari crossed the street and greeted Jack, the only family he had left. He tossed a trash bag into a half broken bin. "We need a new one," Ari told him.

"So it can break again?" Jack groaned and ran a hand over his face.

Jack stiffened. His fingers clenched and flexed slowly. "Him too?"

Ari nodded and rubbed a nail over his thumb. "You think they know?"

Jack's legs stuttered. He gripped Ari's wrist tight and ushered him into their home. He made sure to lock the door.

Hunters weren't a minority. Multiple hunters lived in a single town. Ari lived in a neighborhood with three hunters spread about; they were younger hunters with less experience so Jack wouldn't worry too much. Though they weren't as young as they used to be.

Lannie's father was a retired hunter due to him being permanently tied down to a wheel chair. Her brother, Kye, was one as well, but he left for college and rarely returned. There were two others: Yue and Jax, both were in their late teens like Ari. Yue was already in college, while Jax left to live with his mother in a different state months ago.

Jack kept a tight watch over the neighborhood. He had to, and he noticed the two young hunters returned a week at a time, and Kye followed suit.

Ari didn't reply. He didn't want to think about it, because if he did, he'd realize that he didn't care.

He skipped a few steps down to the basement and scooped a canvas off the floor. He rested it on an easel and squinted. The canvas was uneven on one side, but he didn't mind.

He painted a disillusioned memory:

A forest that wept. A bonfire surrounded by shadows and stars and loneliness.

The fire was clouded in too much smoke.

The shadows were hunched over, almost as if they didn't move, they wouldn't be seen.

The stars were faded behind drooping clouds.

He stared at it for a while. A blank expression plastered on a his face and he sniffed. He could still smell smoke on his clothes and skin, and the weight in his chest melted into hot bubbles. His fingers that were littered with scabs curled tight around the brush that he dabbed in black, and with a low growl, he consumed the flames in eternal darkness.

Thank you very much for reading! :) This is a first draft so a lot is subject to change. Eventually. 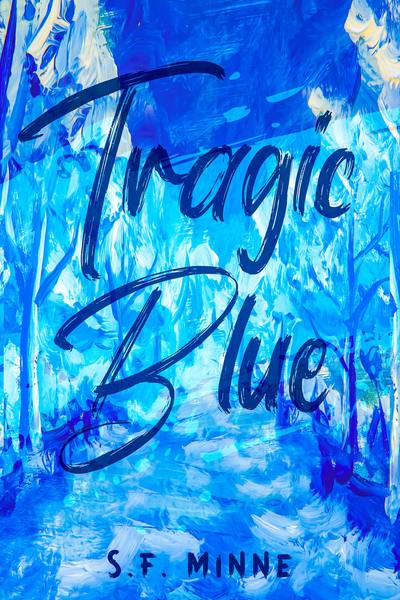 Ari abandoned who he was born to be, for humans would always hurt what they didn't understand.

Ari struggled to be human. He knew he didn't belong. To survive, he had to abandon his own kind--his friends, live among the enemies, and wear an ever so tiring facade.

Piece by piece, the faulty human mask he wore cracked, especially when his estranged friends were spotted in town and reminded him of who he really was, all while the hunter across the street invaded his meaningless life.

Ari strayed from the only humanity he came to love, because he learned that there was nothing humane about humans, for they were just as monstrous than any animal or creature imaginable. 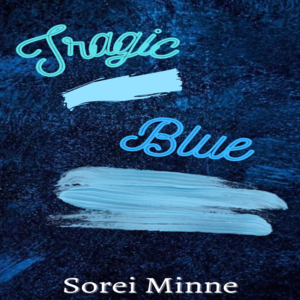