Typical Isekai: Trying to FIght Corruption in Another World!

“Hello, sir or madam, how was your day?” I responded, as I usually do, and brushed a few strands of my long black hair from my face.

His eyebrow raised for a moment, before he started chuckling.

The sound rung out from the scanner as I scanned his bag of chips. The sound echoes in my head, it always does, but I have to scan everything. One by one. For hours.

“You’re sounding pretty tired there. You alright?” He asked me, but when he started talking about his day, I just stopped paying attention. He even flexed his arms, but quickly stopped to look around when he realized I wasn’t looking at them. We’re around the same age and he’s fit, sure, but I don’t have the energy to be impressed.

After all, I stayed up late to study for a midterm, memorizing how to do arrays. Just learn how to code, they said. It seemed so simple. Anyway, I failed that test, then I went straight to work.

Maybe it’s just me being tired, but I think I’ve forgotten what it feels like to not be cold. It’s the middle of summer and the air outside doesn’t get too hot. It’s a pleasant warmth, but the store’s policy is to blast the air conditioning as much as possible. As cold as possible. Something about not wanting the fruit to spoil.

Sure, it makes sense. Still sucks.

At least the customers have been nice so far. Which is strange. A few hours in, there’s usually at least one random who tells me how to do things. Put on more make up. Smile more. Wear less make up. Lose weight. Gain weight. Blah blah blah.

If I think about it, the floor supervisor hasn’t said anything to me either... Looking around, I seem to be the only one at the front. I guess it’s my chance to scan this guy’s case of beer without asking for ID.

I mean, he’s very nicely dressed in his khaki pants and his red, well-fitting, collared-shirt. He’s clean shaven as well. Very respectable. Possibly not old enough to buy alcohol, but still very respectable! I’m almost sure he wouldn't do anything like lie about his age to buy some booze! Besides, asking for ID will really slow me down.

As soon as I scanned the case of beer, an older gentleman, with a very thick Magnum P.I. mustache, pushed his cartful of greeneries with his even thicker arms into my aisle. While most of his hair was black, there was some greying on the sides which made him look rather distinguished. He was like a suburban superhero, but more impressive because I know he’s just a normal dude.

Incidentally, he was dressed very similarly to the younger guy in front of me.

“Hello there, Caleb.” He said. “What have you got there?”

Ah, shit. Beefy and Slim know each other. Maybe he didn’t see me NOT ask for ID.

“Oh! Uhhhh... Hey, dad!” Caleb said as he quickly retrieved his case of beer and hid it inside a plastic bag. “I’m just buying some soda for a party.”

As soon as he said the word ‘party’, he tensed up. It was almost like he wanted to tell us, ‘I messed up’. The dad must have picked up on it, because he just started laughing. Hopefully the son tensed up because of the partying and not because he’s too young to buy alcohol.

“I’m getting some kale for mom. I could get something for you, too. If you want.”

“Nah, that’s cool. I’ll just pay for my stuff. I’ll see you later, though. Need me to help mow the lawn or something, right?”

“Yeah. Right.” The dad said, with a raised brow.

I told him his total and I tried not to laugh as I watched him fumble around with his, admittedly nice, leather wallet to pay for his groceries. It was rather obvious he was trying to quickly leave.

When he finally paid his bill, the dad asked “Is someone going to pick you up?”

“Huh? No, I’m going to walk home.” Not every adult above drinking-age has a car.

“Well, if you wait for me, I could drive you home.” Not every adult above drinking-age lives separately from their parents.

“No problem. You can even put your beer in my cart while you wait.”

Caleb froze in place. That’s not how an adult of legal drinking age would respond. I can’t believe I trusted this guy. Shame. On him, of course. I did nothing wrong.

“As for you, young lady.” The dad turned to look at me. He would have frozen me in place with his steel grey eyes, if his voice wasn’t so warm and welcoming.

“Yuliya? That’s a beautiful name. Same as the one on your name tag. Nice to meet you, I’m Paul.” I don’t know why I introduced myself, but ‘beautiful name’ and the pleasant exchange of names makes up for that. Though, my face feels really warm for some strange reason. If I’m blushing, maybe Paul won’t notice.

In the corner of my eye, Caleb cleared his throat and averted his sight. Looks like he noticed too.

“You're welcome, Yuliya, but next time you shouldn’t be shy and just ask for ID. Never know who might be lying about their age to buy alcohol. You could get in a lot of trouble for doing something like that.”

“It’s alright, this guy is of legal drinking age anyway.”

“Wait, really?” What a relief, I almost can’t believe it.

“You sound surprised.” He said with a sudden sternness.

“Well, when taking both of your behaviors into consideration, it seemed like he might have been underage. And uhh, he froze in place when you mentioned beer, after he said he bought soda. He looked old enough to me, so I was a little surprised. So, yeah. That’s why I sounded surprised.”

His brows were furrowed and the steel grey of his eyes pierced into me, in a bad way, but there was amusement in his eyes. Is he just messing around?

“Good save.” He said with a hearty laugh, revealing his pearly white teeth.

After I scanned and bagged his groceries, Paul paid up, then we all exchanged the usual pleasantries. As the two were leaving, I could’ve sworn that he turned back to give a quick wink, but I’m not quite sure. I got distracted by the yellow car outside, because it was racing down the road at what seemed like a hundred miles! I don’t even know how it built up the speed. The road outside isn’t very long. I don't even know how or why anybody could just ignore something like that.

Speeding is illegal! It’s also rather dangerous to do, supposedly, but I wouldn’t know. I don’t drive, therefore, I cannot speed.

A few hours of drudgery later, I survived another shift as a cashier. It’s not physically intensive, but the long hours of monotonous repetition sap my will to live. I’d say figuratively, but I’m not entirely sure anymore. Everyone else seems fine with it, but I don’t know how they cope. Maybe I have some sort of disorder.

As I walk out of the store, into the cold and dark night, the supervisor waves goodbye.

“Have a good night! Stay safe out there!” He tells me as he locks the doors to the store.

“Thanks, you too!” What a good goy. I really should to apologize soon for doing nothing when a customer started yelling at him. I never know what to do in those situations, but I feel like I should’ve done something. Thought, he hasn’t said anything, so maybe I shouldn’t either.

The night is darker than usual, because all the clouds are hiding the moon. It’s bad enough that I have to watch my step when I walk through my usual, forested path, to get back home, but I’ve gone and made myself feel guilty. It’s a gross feeling that twists and turns in my stomach. Even worse, I just remembered that I still have to finish my homework.

What was that? I fumbled to take my phone out of my pocket and use its convenient flashlight feature, but a yellow car forced its way past some tall shrubbery and blinded me with its high beam headlights.

I felt the bumper, hit my chest. Time slowed, for a moment, as I watched my ribs shatter and allow my lungs to escape in a bloody dance. When time continued normally, things weren’t much better. The impact knocked me backwards off the dirt path, but something in my back must have torn. I could hear something snap and bubble. I also couldn’t feel my legs, but the feeling I still had was slowly leaving my body. I don’t know if it’s a miracle that I survived through it all, because I just know there’s no getting better from something like this. Then, my vision began to leave me as well. Before everything faded to black, I watched the words ‘NYC Taxi’ speed away.

What the fuck? This isn’t even New York. 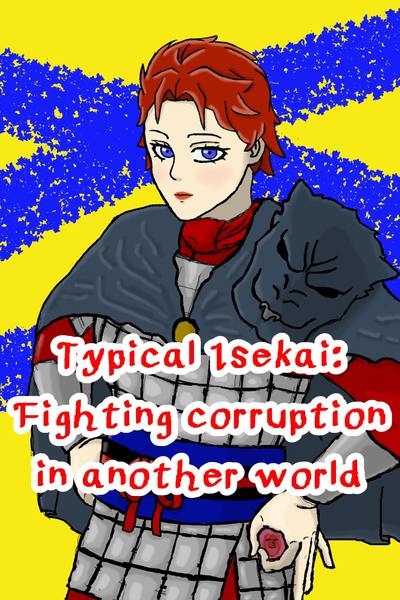 Typical Isekai: Trying to FIght Corruption in Another World!

Exactly what it says in the title. This is a typical isekai where a girl gets run over by Truck-kun's American cousin, Taxi-kun, and is transported into a fantastical new world. There, with her new magical abilities, she'll do her best to fight corruption as she makes friends and deals with enemies.
Subscribe 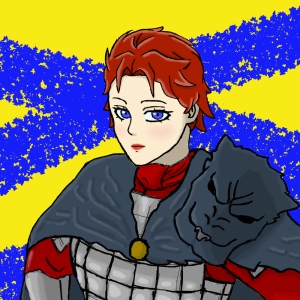