Standing in the hot water, reaching to his knees, Sir Darius was very content with this new slave currently posing before him. It had been a long day, so some relaxation was very welcoming. Being as powerful as he was could be so tiring on some days.

The slave boy stood bent over, showing off his firm yet soft and smooth cheeks. Darius spread them apart by putting one hand on each globe and looked at the hairless pink wrinkles for a moment before he gladly pushed himself inside. It has been a while since he had felt something so tightly wrapped around his manhood.

Steam curled around them, leaving the air moist and hot, but with such a temperature, the older soon grew tired, and it was the slave that had to take over.

Darius's greedy long fingers found their way to the young slave's little rosy nipples, which he pinched and twisted until they swelled and the slave cried out, clenching himself even tighter around his erection.

"Isn't this the best cock you've ever had, slave?" Darius asked through heavy breaths.

"It is, S-sir," the other agreed. "It's hard as steel and so big that it almost d-doesn't fit inside of me."

When he was done, he looked proudly at the shimmering whitish jelly-like painting he had created on the other's face and satisfiedly stepped out of the water.

"I hope I was to your liking, Sir?" the boy asked, still having a very visible erection himself.

"You were alright. You may finish yourself but do it somewhere else. I don't want your filth in my water."

"Thank you, Sir," the boy said as he stepped out of the bath.

Darius brought one hand in the air and waved for help. "Get out of here now," he ordered him while two maids hastened to him. One girl began to dry his upper body while the other dropped to her knees, and started to dry his feet.

"I will, Sir," the boy said. "And may the Gods bless you—" Before he could finish what he wanted to say, something was thrown through one of the bathhouse windows, breaking the glass with a loud bang.

The sounds of loud screaming outside were suddenly audible in the background. They were the anguished cries and screams, coming from men, women, and children.

Darius looked at the ground and saw glass dispersed everywhere. His eyes grew wide when he saw the maimed body that laid at his feet. The victim's throat seemed to be ripped off rather brutally and his arms and legs were partially torn off till lumps of flesh were his limbs instead.

While the maids and slave boy started to scream and ran away, Darius himself was nailed to the floor when another window crashed, and someone—something jumped inside, breaking the tiles with his weight.

Darius stared into the bright green eyes of his best fighter.

"C-Connor," the man stuttered, looking up at the 8 feet tall creature. It growled and took only one step to close their six feet distance. "W-what is the m-meaning of this?" Darius said, shocked by what was happening. "Guards? Guards! Guards—"

A huge rough hand was wrapped around his neck and long claws dug behind his ears. It hurt and he was afraid. So afraid that he couldn't stop himself from pissing on the floor out of fear when the monstrous beast roared against his face so loud, he almost couldn't hear the anguished screams and cries coming from his people outside anymore.

The beast then dragged him out of the bathhouse like a ragdoll and showed him the rest of his residence.

Darius couldn't believe what he saw. It was a nightmare. Dead bodies and people who crawled on the floor, on the verge of dying, and ripped off body parts were scattered everywhere in the courtyard while the army of beasts was still busy with the ones that were still alive. They sunk their teeth in flesh and tore off limbs, making blood color the ground in the brightest of reds.

His beast slaves had broken loose.

"Uncle!" Came a cry which Darius recognized as that of his nephew. "Connor! What have you done?" Mircea then cried out to the beast.

"Mircea!" Darius screamed. "Run—" The hand wrapped around Darius's neck squeezed so tight that claws scratched his throat and punctured the artery vein. Blood started gushing out of his throat, and when the beast let go of him, he dropped to his knees, choking in his own blood. He fell to the floor, knowing his end would soon come. He was finished by one of the filthiest creatures living in this world—a Lycan.

Right before the man came to his end, he saw the beast grabbing his crying, screaming nephew, who got dragged away until he was out of Darius's sight.

The house of Darius Xavius had fallen...

Read chapters ahead on my Patreon! See link in bio. 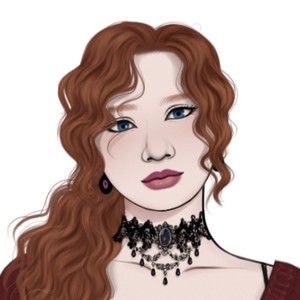 For support and my newest stories, here is my Patreon:
https://www.patreon.com/Glasssvial2121 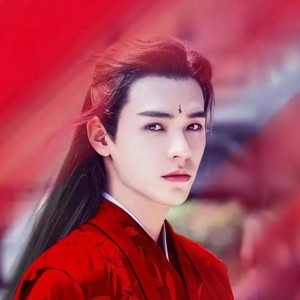 Couldn't have happened to a 'nicer' person 😏 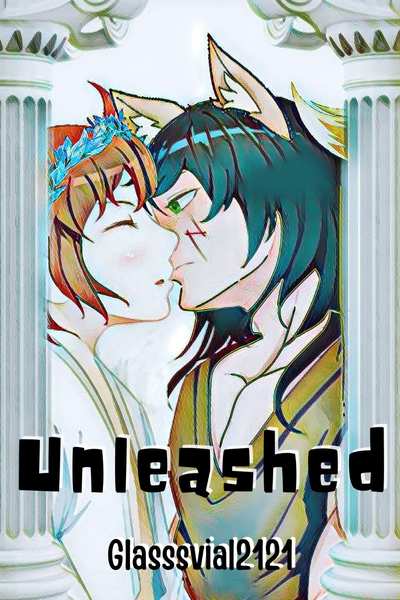 BL - Once upon a time, Lycans were on top of the food chain, until humans took over. Conner, an alpha Lycan, is held as a slave by the well-known and wealthy human Darius Xavius as one of his fighters.

Mircea, a young handsome man, comes to visit his uncle Darius's villa every summer, and he has always been intrigued by the Lycan fighters. He stands up for them when humans talk bad about them, but he does not know what the Lycan alpha is planning to do to his human master...

• Updates are once or twice a week!

• You will also find the BoyxBox version on Wattpad! 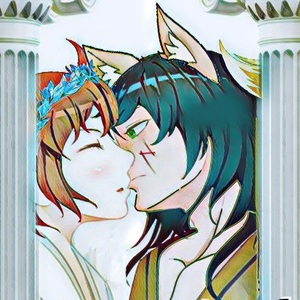