The full moon was shining brightly through the large stained glass windows of the musty historical library. The tinted glass corrupted the silvery hue of the luminous rays, turning them to ghostly shades of various colors as they beamed down into the large candlelit room below. Shadows danced across the old dusty manuscripts that lined the walls, and stretched all the way up to the elegant woodland mural which embellished the cathedral-like ceiling.

In the center of the room there stood seven cloaked figures circled around a small wooden table with a seemingly simple-looking black book on it. Together they lowly murmured an eerie otherworldly chant in a synchronous cadence. Their foreboding chorus was casting a darkly ominous ambiance throughout the dim antiquated room, appropriately setting the atmosphere for the diabolical conjuring which they were about to perform.

One of the smaller figures began to slowly approach the table like a graceful specter gliding across the creaky aged wooden floorboards. Their slender pale hands reached up to pull back the large black hood from their head, revealing a beautiful woman in her late thirties.

Her bright green eyes glittered in the candlelight and long wavy auburn hair cascaded down over her shoulders. Between her breasts rested a beautifully shimmering sapphire blue crystal. It twinkled as it reflected the light, like a magical lucent gem. Her beauty was breathtaking and she looked every bit like the sorceress she was.

While still chanting lowly along with the others, she opened up the ebony-colored leather-bound book and began flipping through the yellowed pages until she came across the one she desired. The page revealed a sinister-looking sigil with a circle around it, right next to a baleful-sounding incantation, written long ago in a forgotten time.

Using a piece of black charcoal, she carefully began to draw out the foreboding symbol on the surface of the small antique table, intentionally neglecting to draw the circle around it. The circle was meant to trap and imprison the energies of the symbol, after all.

Once she finished the drawing, she held up a sharp glistening silver dagger with a black handle, bejeweled with dazzling rubies and an inverted pentagram at the hilt. Without hesitation, she used it to slowly slice open her palm, letting her thick crimson blood drip down in small rivulets upon the eldritch-looking drawing.

All of the other hooded figures around her stilled and fell silent, as she began to loudly read the ominous-sounding conjuration from the book. The eerie language in which she spoke resembled nothing from this world. The menacing unnatural sounds of her words cloaked the room in a sense of unsettling dread, which could instill fright in anyone whom might be unfortunate enough to hear them.

Suddenly, a black shadowed mist began to form. It swirled across the floor before her. Her eyes widened with fear, yet she spoke louder and with more power in her voice. As the ashen mist rapidly became thicker, a large wicked-looking creature slowly emerged from its harrowing sea of darkness.

At first, all she could see was the towering silhouette of a man with sharp black horns on his head and large, onyx, dragon-like wings protruding from his back. As he slowly arose to his full monstrous height, strands of thick silky black hair draped over his pale face, flowing down his muscular torso, and reached to his waist. Long black claws dangled from his fingertips, making him look every inch as lethal as he was.

Imposingly, he stood there, now revealing his handsome face from behind the curtain of raven locks. He gazed at the woman who was still chanting the unbinding spell with thanks and admiration for her bravery within his fierce golden ember-like eyes. The sorceress's lovely but anxious green eyes gazed back into his with uncertainty but also determination.

However, unbeknownst to them both, there was another predator lurking in the room that night. He was not a strong ferocious demon, but rather a sly wickedly cunning man, with a different agenda of his own. His hood shrouded the look of detestation for the demon who stood before him. Malice tainted his face and twisted his sharp features. He stealthily slunk over towards the beast, unseen like a venomous snake slithering in the night, and slowly pulled a poisoned obsidian dagger out from the loose sleeve of his dark cloak.

He was careful not to make a sound as he lifted the enchanted poisonous weapon over his head, ready to strike. The shiny dagger flashed iridescently under the colorful moonbeams and candlelight as he swiftly lunged at the demon, thrusting the weapon towards him with all his might. The man had been aiming for the demon’s heart, however, right before impact, the demon sensed his presence and tried to quickly leap out of the way. A deep vicious sounding growl came from the menacing beast as the man missed his target, accidentally plunging the flashing dagger deep into the demon’s shoulder.

The demon let out a loud, otherworldly, blood-curdling roar at the man. The powerful infernal sound shook the walls and brought the other mages trembling to their knees.

The sorceress ceased her reading of the unbinding spell, and let out a terrified scream of her own. The other cloaked figures fell into a state of pure panic and chaos around her. They began hastily stumbling to get up and retreat from this disastrous scene. Voices were heard yelling “What was he thinking!?” and “This wasn’t a part of the plan!” Terror lacing every one of their words.

The demon was now disoriented and weakened from the poisonous wound. He swiftly spun around, trying to use his sharp deadly claws to slash at the man who had stabbed him, missing only by an inch as the man grabbed the book, and made his escape. As he spun, one of his clumsy horned wings forcefully struck the trembling sorceress, puncturing her side, and causing her to fly backward. Her ribs loudly snapped and her skull split open with a heavy cracking sound, as she violently slammed into the hard wooden bookshelf behind her.

The room was quickly emptied. Everyone had managed to frantically scramble out of the building as fast as they could in a panicked frenzy. The demon was left standing alone in a strange unfamiliar world, disoriented and growling in excruciating pain. In his bewildered dizzying state, he struggled pitifully to remove the poisonous dagger from his painful bleeding shoulder.

Once he finally managed to firmly grip the hilt, he forcefully ripped it from his flesh, leaving behind a gaping black oozing wound, with little black veins only just beginning to form around the edges. The darkened wound was a stark contrast on his ivory skin.

He stood there panting, as the dizzying effects of the poison quickly began to dissipate, but the injury still burned like acid in his blood. His brows furrowed with concern while he began to scan his surroundings as if searching for something important he’d lost. Then suddenly, another black mist began to develop in the corner, catching his eye.

Out from its swirling darkness emerged an enormous snarling wolf-like creature with incandescent golden eyes, much like the demons own. Its black fur was bristled, and it had sharp bear-like claws protruding from massive paws. Razor-sharp teeth hung from its sinister gaping maw, and a fleshless area on its right side exposed its jagged ribs, giving it a menacing undead appearance.

The demon smiled with relief, then said something to the undead wolf in an unearthly language. He gently cooed at it in a deep voice while slowly walking over. He knelt down and softly stroked it behind the ear. The wolf was bewildered by its strange new and colorful surroundings, but was also happy to see its master, and began lightly licking the demon’s face.

“Belzar.” He lovingly cooed with a soft chuckle while using his sharp claws to affectionately scratch beneath the wolf’s chin.

Unfortunately, their reunion was quickly interrupted by the pained sounds of the injured sorceress gasping for breath, and gurgling on her own blood. The demon inquisitively glanced towards her, seeing the thick crimson rivulets dripping down from her wounded head and trickling out of her mouth, as they flowed to the floor and pooled around her limp dying body.

He carefully paced over and crouched down in front of her dying figure. Their eyes locked gazes, and emerald green clashed with fiery gold. Hers were filled with fear and pain, his with curiosity.

“A-Azathoth?” She helplessly tried to sputter out his name while weakly reaching for him. “Th-The sp-pell actually w-worked?” She trembled as she spoke in a language which he could not yet understand.

He gently grabbed her hand with his large clawed one and watched as her life began to slowly fade away. The light died in those beautiful green eyes, while her last breath escaped her. Her soul fell into the icy grip of death's unsympathetic hands, dragging her down into great everlasting darkness.

He reached out and caressed her cold pale face, remorseful that he wasn’t able to thank her for setting him free. And that’s when he suddenly realized that he had made one very grave mistake by accidentally killing her.

She had not gotten a chance to finish saying the final words of the unbinding incantation.

It was her blood that had been used to awaken the magic, and so only her bloodline could finish it. Now that she was dead and unable to complete the process, he couldn’t fully regain his powers that were so long ago lost, and return to Hell. He may have finally been freed from The Abyss, but he was still bound. 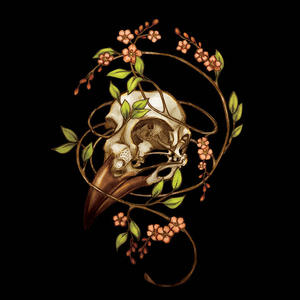 If you enjoyed this chapter, please kindly consider giving it a like and/or subscribing. <3 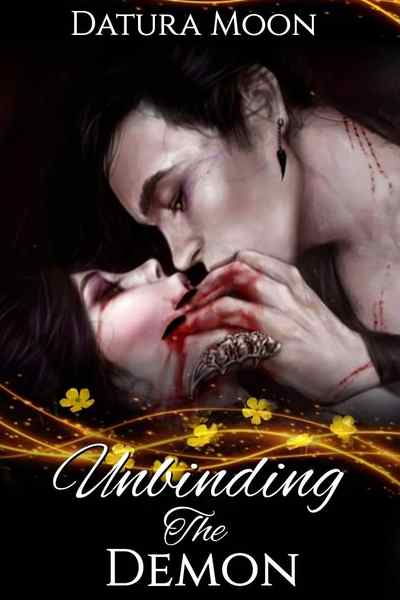 After spending five millennia imprisoned and bound in The Abyss, the demon Azathoth is finally released by a valiant sorceress. Now he must convince the only girl who can seemingly unbind his powers to do just that before his time runs out.

His plan?
He'll just have to make her fall in love with him. 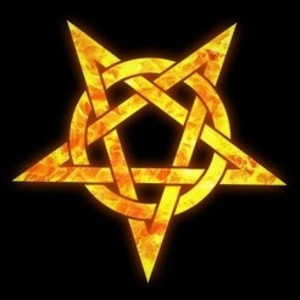