Meanwhile, family vans continued to pull up to over-crowded lots, honking obnoxiously at each other. Some families never bothered with dorm life to avoid such trouble. Some live for the late rush. Then there’s the keeners, like the Lee’s.

‘Well, I hope I answered all your questions,’ said a tall tour guide with a clipboard.

‘Yes, thank you and what was your name again?’ said Mr. Lee, in a golf polo shirt and smelled overly of aftershave.

‘Uh, Gorman,’ they both shook hands.

‘You see, Charlie, that’s a handshake, now you two should exchange emails and get networking,’ he smiled at his buttoned-up daughter. Her clothes had not a hint of lint. She grumbled and struggled to get a suitcase out of the hatch.

‘I can help you with that,’ said Gorman, reaching from behind her and slinging out the luggage with ease. She flushed and merely side-eyed him.

‘It was good meeting you too,’ Gorman smiled, pushing back that boy-next-door do with his free muscly hand.

‘Thanks,’ she muttered before backing away.

‘It’s all good, I gotta head out anyway,’ said Gorman. ‘Thanks for taking part in the tour, sir, uh, again. Take care!’

As soon as the boy strutted off, Mr. Lee turned grim.

‘You know, now’s not the time to be grumpy and weird, Charlie, it’s college, c’mon, get excited! Now!’ he said accusingly.

‘You should listen to your father, Charlie,’ said Mrs. Lee. ‘He’s not wrong.’

‘And seriously go find Gordon,’ the father said. ‘You should really connect, he could get you your first job here.’

With a furious breath, Charlotte heaves out another suitcase.

’Honestly, Dad, that was the third campus tour we’ve done with that guy, what else could you possibly want to see at this point?’ said Charlotte. ‘And I’m pretty sure it was Gor-MAN.’

The Lee’s also arrived about two hours earlier than everyone else. During breaks in between tours, they’d snack in the car.

‘Kid, if I were you, by day one, I would’ve memorized all the room numbers in each building. Why? Because you don’t want to get lost like a freshman on your first day.’

‘No! We went over this,’ he wagged his finger in her face. ‘It’s ‘I am the best’, ‘I am professional’, or ‘I am ready’, Charlie, you really have to remember those affirmations when you shake hands with your professors.’

‘Dad, nobody does that.’

‘No one’s going to hire a freshman.’

As he set out the last suitcase, he sighed. ‘Seriously, you need to go connect with uh-George later’ he went on, slamming the hatch door then pointed a threatening finger. ‘By the way, don’t you dare think about giving away your number to him or any of these piggy boys. Unless they graduated from either law or medicine, you have no business hooking up with anyone. And no alcohol or drugs, you got it?’

‘Right, Gorman,’ breathed Mr. Lee, then they both giggled before sharing a kiss.

The family entered a crowded lounge area, the smell of culinary madness came from the bistro on the left where the lunch line  gathered. The paths broke off into several different corridors leading to amenities.

‘Hi, can I help you?’ said a student receptionist calling from a mic at the counter by the corner. The family approached shyly.

‘Full name please?’ the rep clearly had gum in her mouth.

‘Good, you’re on the second floor, room B4,’ the rep said as she placed the keys on the counter along with a paper and a pen. ‘Please sign.’

‘Elevator’s on your right,’ the rep smiled politely.

With each step down the corridors of the residence, a long line of photo memorabilia lined the walls. The chipped paint did the best that it could to cover up the decades of Frosh carnage. Mr. Lee found his group picture and pointed to it with pride, even shed a tear. Charlotte was sandwiched in between her parents the rest of the way, receiving two very similar lectures, ’til she could almost feel her ears bleed. Eventually, they made it to the door, which had nothing but an old, peeling sticker. Upon entering, the Lee’s were greeted by the old, musky smell of dust. Two mattresses clothed in old whites. The wooden furniture was riddled with scratch marks. A decent-sized window at the corner overlooked the on-campus park, foot traffic marched back and forth; a nice reminder of the Frosh Week mayhem. The curtains had a funny smell still.

‘Mom, we’re not allowed, it clearly says in the rental agreement,’ Charlotte protested.

‘Oh, Charlie, don’t mind that, no one’s going to check, though I really wish they would. This dig-site needs some serious work,’ said Mrs. Lee.

‘I hear ya,’ Mr. Lee chuckled. ‘After all these years, this room looks like the same dungeon as the one I studied in.’

Mrs. Lee pulled out the wet wipes and duster, before moving to strip the bed.

‘You’re going to get me kicked out, seriously,’ said Charlotte.

Mrs. Lee responded by looking over her glasses.

‘Child, they can’t come in here unless it’s with your permission or an emergency. Otherwise it’s just a breach of privacy,’ Mrs. Lee said as she peeled off the bottom sheet only to find a yellow ring on the bare mattress.

‘Oh God, this is insufferable,’ Mrs Lee nearly retched. ‘We need to request for a switch.’

‘At this point they won’t have any,’ said Mr. Lee. ‘As pricey as these places get, they sell like concert tickets. And Charlie, you can go to concerts, but never take drink offers and no-‘

‘Right, no alcohol, no drugs, no sex, I got it,’ said Charlotte, rummaging through the suitcases.

‘Alright then,’ Mrs Lee sighed. ‘I’m putting down some under-padding for you, it’s a good thing I brought that too.’

After what felt lie hours, Mrs. Lee had finished sweeping, brushing. Charlotte was made to wipe down the frame and all the other furniture.

‘I wish we didn’t have to deal with these carpets,’ Mrs. Lee sighed. ‘You’re going to have to vacuum at least three or four times a week.’

‘And don’t keep food garbage in here ever,’ waving her finger. ‘You don’t want mice. Tell your bunkmate that, by the way, who’s suppose to be in with you?’

‘That’s what I’m wondering,’ Mr. Lee went for the door and opened to more noises of luggage wheels and loud chatter. He closed it.

‘Nobody. I hope that means you get to keep this whole room to yourself for the semester,’ he smiled.

‘Oh and make sure to launder at least once a week, and keep your sheets in a separate load always. I’ll have to show you how to use the machines again.’

‘She’s 18 now. She’ll figure it out,’ said Mr. Lee, now slouched on the other mattress.

‘Alright, can I walk you guys out?’ said Charlotte.

‘Not so fast, we still have to stock up your fridge,’ said Mrs. Lee to Charlotte’s dismay. ‘You can’t get rid of me that easy. Not until you’re fed.’

‘Right, can’t get that 4.0 on an empty stomach,’ Mr. Lee said, pointing that finger again. ‘Remember, anything less than an A and you're not allowed home..’

‘We’ll be back in an hour,’ said Mrs. Lee, closing the door behind her. Their hysterical middle-aged chatter eventually  trailed off. Charlotte stood by the door for a moment. The moment of silence felt nice. Then her ears rang again. She sat on the mattress, reminding herself to breathe.

Then came a knock on the door.

Charlotte swung the door out with a fury. ‘Mom, I got it, you don-‘

Instead it was a girl with a single navy suitcase. However, her eyes were a bit puffy and bloodshot. Charlotte stood stupefied. 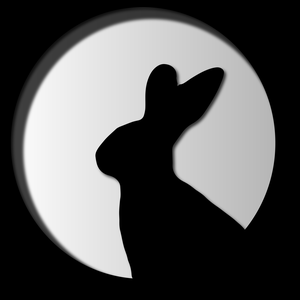 I hope you'll find some meaning in this series and be able to relate to the characters along the way. Maybe it'll even make you laugh a little?

Please leave your honest feedback whenever you feel though!

Thanks 🙏 for your support everyone! 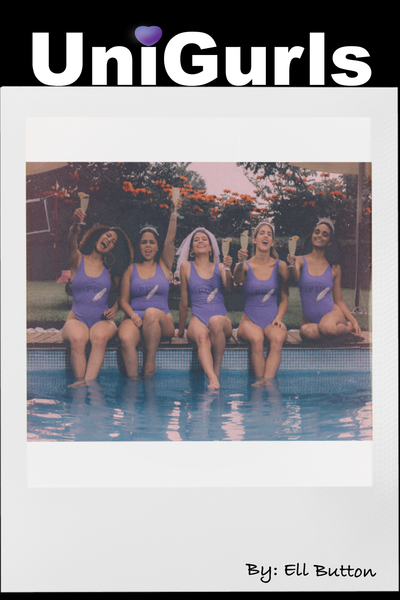 Five girls. Five different stories. One goal to get through undergrad. 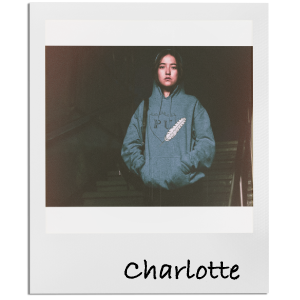