As I fire, i'm lost in my own thoughts of endless clownery and disgust, as soon as I lost it completely i heard someone with highly pitched voice yelling "Quit killing the dead already" in just a blink of an eye they drop kicked me. Egg cracks

„What is your problem?" - stranger asked with seriousness on his face and with that annoyingly pitched voice of his.Because the pain this person caused me, im not capable of moving, not even a single finger when suddenly I heard subordinate of his saying in proud voice "Try singing to them"

As far as aware I was of human stupidity and irritated by saying of this person, nothing can compare to lackness of brain the person replying own.

"Wwhhat is yoooooooouuuuuuuuur probleeeeeeeem" a stranger sang, poking me, again, with seriousness on his face and anger that's slowly taking over his bones.

„If I cut off your leg now and swing it at you, will it be consider as kicking or hitting" I replied with pain going down my skull.

„Neither necessarily no, you will mentally scar me more likely."„But j-just what kind of question even that is?Have you lost it completely?What kind of psychopath are you?" stranger asked with anger filling down his face&bones.

Once i got my strength back, i slowly got up, brushed sand of my pants and glanced at the stranger who looked like he is about to burst out of anger, as i folded my arms i started analysing appearance of his.

Eyes green like emeralds, tall, around my heigh, aged between 14-17 and so letting genetics aside, there is something that took me by surprise in appearance of his indeed and that would be his pinkly-red hair paired with darkish red turtle neck followed by brown-black suspenders.... a human definition of word idiot don't you agree. And lastly, his coat?Don't get me even started, what color even is that, pastel orange, color of a sand?

In just a few seconds it hit me, a realisation of whom this person may be, looking up i see this may not stranger be sharing the same expression as me.

we aggressively exchanged each other names.

I sure suppose a called "stranger" is Uemura Yuto, also known as "Another night owner".

Corrupted as this city is underground, it is also separated and owned by two people. First so-called night owner is me, Taniyama Kisho, second so-called is Uemura Yuto, we both rule with different parts of this city, we could destroy each other equally but we would get healed equally, in other words, if ones drowned to mans true nature it pulls second one as well.

„I knew something surprisingly annoying was about to happen damnit Yuto and to that giver* of yours."(*birth giver/mother)

„List--" as shitty rat was about to say something i crack kicked him egg cracks.

After he fell onto the ground i supposedly asked him is his own medicine tasty.„Don't recommend, contains inappropriate mistakes and side effects are lame jokes, thumbs down."

Meanwhile his subordinates tried to help him get up i was losing my patience at the most.

„Hey rat, what are you doing here" - i shouted.

Guessing he was still in pain, he actually answered me.Scary how human beings could betray their own goods for themselves instead of themselves isn't it.

„I'm here to gain informations on rat who started taking down my side business and killing very valuable mans of mine.Although we have met some trouble at the door"

I followed his glance as it was pointing to the dead bodies beside him and ones that i have taken care of.

„Still on average intelligence as before you seem to be Kisho, i read very inspiring statement in an old book once.-

flower that's plant into the darkness will never bloom anywhere besides it."

„Boss we found information on where traitor seems to be because as case is, he ran away before we got here" Yuto let out an bothered sigh.

„What a pain in the ass"

„Let me come with you" i suggested

„What is this? Did the kick got to your head or do you share pity for us human creatures so you decided to help the rats out?"

„I will let you guess this one"

„An abandoned mansion huh, our traitor sure enjoys himself at the fullest"

Walking down the hall, on full guard to prevent any unnecessary damage yet everything being as quiet is giving me a bitter sweat, something is off i can feel chills going down my skull.

„Windows are broken yet open, carpet is old yet has today's rain stains, smoke of the cigarettes are still here, which means either one of the next two possibilities, traitor is again ahead of us as they went into darkness so you can't approach them till they make their next move or they are still in the building".

Meanwhile Yuto was talking to himself i noticed strange noises coming from the upper floor, as i pointed out with a finger up Yuto glanced at me and with all seriousness asked me „Where would you get that cut from?"

I'm not sure about exact reason that left me speechless, but it is, i suppose true, that even animal rock could surpass the level of IQ of the person standing right next to me. I turned around and walked towards stairs leading to the upper floor, as for the answer..

„Tired of your bullsh1tting Yuto, mind your own business and focus on actual important things, things like prevent being fired to death

"Closer we were, louder the voices were„

... stay here, i'm gonna take care of them" Yuto whispered as if he's life was depending on it, i nodded.

As soon as he heard a bit of seems to be, their conversation his eyes went wide open, his expression was as if a mother was losing its newborn, being in pure shock convinced me, i played my role as a clown well, now i will end it for once and eternity as god commands.Walking towards i bursted into hysterical laughter

„Never would you have expected knights of the night could die separately, would you?Not only your partner betrayed you, took over your business and played you, he even managed to do the impossible by being the only owner of the city in the future it seems. You liking books inspire me to share a statement i found in an old book once saying

People are selfish and sinful, there is nobody who will lend you a hand of worthy when you yearn for escape the most.

I fired at his forehead, but sure is, karma has no menu, you get served what you deserve, just a second before i fired he managed to stab me.

„... people are selfish and sinful, isn't that the point of our entire existence" Yuto's last breath took it place.

Maybe in fact one of us would have made it, if it wasn't for clownerys like me, man, a subordinate who foolishly suggested one man to sing to at the moment complete stranger, shot 2 times each.In fact, i sure believe killing the boss everyone wants down is worth invitation of an organisation, how do I know, because I am human and I would do the same. 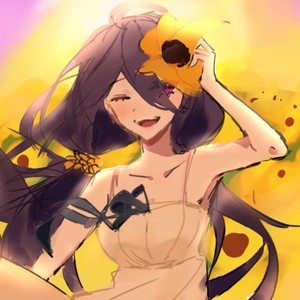 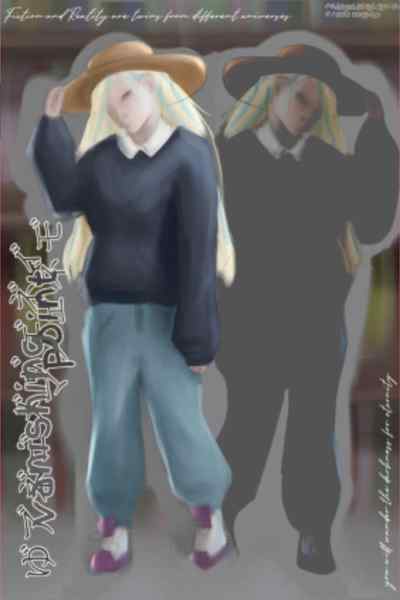 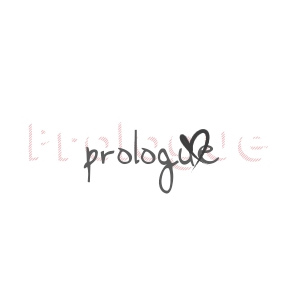