What Would You Do

Black. Black as fuck and I still couldn’t figure out why. Untill the searing pain shot through my head from whatever the fuck I was just hit by. Leaving my eyes glued shut and one shying open.

Following that ladies and gentlemen was a ball player running up to the band at lightning fucking speed. Did I mention in my direction because people this hottie sent from god was running in my direction and despite the position I was in, with one eye open and possibly a gash in my head, I couldn’t find it in me to be embarrassed by his presence and my situation of near death.

At this point I’m hoping its near death right after the fact that he comes to a full stop in front of me just to look me up and down, bend down rather close to my face, pick up a fucking baseball, and run away with out a word.

My hearing starts to kick back in as my ears find the will to do their job and listen to the rest of the band looking at the athletes back as he ran away, instead of being concerned for their fellow Sax player. Which might I add, is literally ten times hotter than him in every way possible. If Marry Poppins could see me right now she’d be proud of the way I turned out.

I love my parents and do as I’m told.

And keep my life rid of disgusting things like dirt, artichokes, and faggots.

Well… Maybe not the faggot part. I mean how does one faggot stay away from another faggot I’m not sure. But nobody has to know that about me but me. Heh-

I finally put some air back in my lungs from the impact of my body hitting the ground. I picked myself, and now newly dented instrument, up and brushed myself off. I walked myself to my instrument case pretty much done and fed up with today despite the smile I had glued to my face.

“I’m out of here,” I muttered to myself under my breath. Sighing, I locked my instrument case up, grabbed my bags and walked myself to the band room, putting my things away, before walking out to the student parking lot and driving home.

My parents were never home due to their professions. My mom is the head of the Cardiothoracic Surgery Department, leaving her little time to be home.

My dad on the other hand worked as the English Department professor at the College, Keeping him busy grading papers and looking over documents even when he was home.

They could just giggle and the noise would make me want to choke them. I thought about getting a job at a local daycare that pays good and would hire me right off the bat because the ladies there know my mom, but it's literally full of babies and every other thing that can’t wipe its ass on its own. So with that being said, it was a no for me from the start.

When my silver corolla pulled up into the driveway, I turned off the engine before peeling my foot off the brake and pulling the emergency brakes just to be safe. You never know if your car will just decide to grow two legs and run the fuck away. And how is it going to do that with the emergency brakes on. Duh, it's not.

I popped open the door and hauled myself out feeling a little light headed from the hit, knowing good and well the bruise on that side of my head would not be letting me sleep tonight.

Grumbling, I shuffled through my back pack for my house keys. Computer, binders, loosepapers, and an assortment of pencils; no house key.

‘Where the hell are my damn house keys?’

Irritation bubbled inside my being, as the feeling of a battle lost consumed me, I mean what was it "fuck with Willem day"? First no money in my lunch account, then baseball to the head, looked at up and down by some hottie, and now no house keys which means I could be stuck out here all night till mom came home.

And my dad has been relocated for the time being at a school in the state next door, Colorado. Nebraska was ok but it was also, really empty. Meaning my dad wasn’t as useful here as he could be or should I say, is.

A slight breeze picked up of course cause guess who just realized they forgot their jacket? That's right. Me.

I walk back to my car since that seems to be all that I have left when the sound of disruptive music and loud men come driving past in the slowest manner possible. I glare at the truck full of morons before my eyes meet another in particular.

The light brown pair looked at me with a sudden face of recognition. If it wasn't for his blonde shaggy hair I probably would have ignored it but I couldn't. He was the baseball player from earlier today. The way he looked me up and down so lifelessly like I meant nothing replayed in my mind.

And with the sudden need for air I gasp for a breath I didn't know I was holding. I unlocked my car for probably the 5th time today and hopped inside. Immediately I turned the heater on because it can get chilly super fast at night and I didnt have the protection of blankets to keep my body temperature at a normal rate.

‘Where was he going with all of those people? Probably a party. But even then, why? What was there to celebrate? It's a waste of money if there's no reason.’

As far as I know I hadn’t heard of the baseball team winning any games lately. Maybe it was because I didn’t really care about baseball enough anymore to keep up with our own team that I didn’t know about the games but still. Our baseball team was as average as the band.

The only reason the baseball team got more hype than us was because it attracted every female in town along with their mothers. The boys who went to the baseball games were either envious or gay. But what do I know?

And with these thoughts came old and the possibility of new memories that I'd rather not dwell on till morning.

Picking up my phone from out of my back pocket I set my alarm and check the battery percentage. In white colored basic font, read 78% which works for me. I just needed the piece of shit to at least last me till my alarm goes off. Then to hell with every shitty thing that's happened to me today.

And there I sat in my driver seat, saxophone in passanger and text messages from several in my lap, I found myself drifting to sleep today's hororrs and tomorrow's nightmares.

But not before the Image of a hot ass dirty blonde invaded any chance of a peaceful sleep. 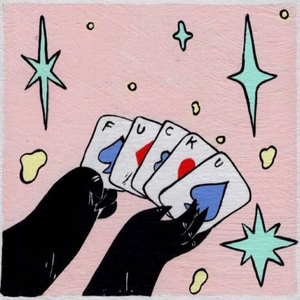 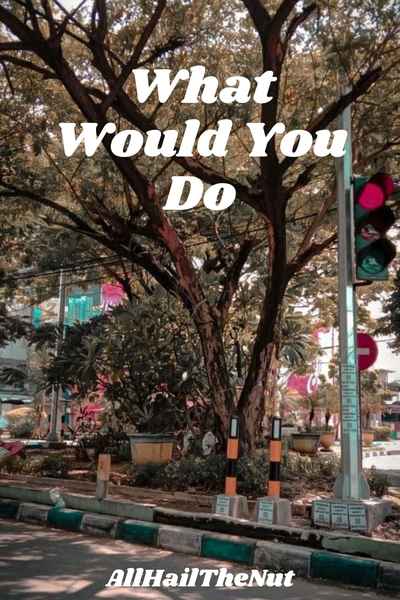 What Would You Do

One is a Baseball player. One is a Saxophone player. How are these two in any way relevant? I have not the slightest fucking clue. I guess you can ask the dumbass with the tight ass baseball uniform. He’s the one who hit it out of home after all.
Subscribe 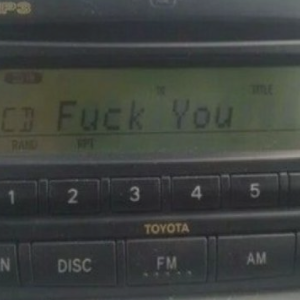