Chapter 1 - Marry a Stepmother? No Way!

“She has a psychology degree from the best university in the United States,” his mother bragged. “She is kind and beautiful, and she loves children.” His mother placed her hand on the back of Gu HeiAn’s. “She would be a wonderful mother for your child and a good wife for you.”

He remained silent, his eyes hooded. His only movement was to keep patting his son’s back. The moment he sat, not five minutes ago, the child had climbed onto his lap and lay in his arms. His son was now clinging to him as fiercely as Zhao JingShi was holding him tight.

He was a large and tall man, so the three year old boy laying in the cradle of his arms looking up at him, fit well. Like a large baby. He appreciated holding his son like this.

He did not appreciate watching his son’s wary gaze while, for the last few minutes, they listened to his mother extoll the virtues of a woman Zhao JingShi had never met before.

Finding a mother for his son? Finding a wife for him?

Gu HeiAn, the woman in question, smiled. Her smile was kind and gentle, a perfect fit for her flawless features. Her hand - delicate with fine boned fingers - lifted slowly, sensuously, to tuck her smooth and silky hair behind her ear. On her fingers, two diamond rings glittered, large and as beautiful as the woman’s face.

None of the classic beauty on her face could masked the slight calculation in her eyes.

He, the man leading the Zhao Family Group – attached son or not – was quite a catch for even the richest woman.

“HeiAn is my childhood friend’s daughter,” his mother continued patting their visitor’s hand, gazing at her with adoration. “Jang Lei and I were good friends in high school and she married away to C city. Gu HeiAn looks just like when Jang Lei was young.”

Zhao JingShi had no impression of anything his mother said.

“It’s time you think about getting a mother for the boy. He will start school soon and -“

“And she is qualified to be my child’s mother?" he sneered. "Do you hand out certificates for that?”

His mother sighed and deflated at the sharp rebuke but it made Gu HeiAn’s back straighten.

Gu HeiAn's delicate hand fluttered at her throat, briefly touching the understated diamond necklace there. “Mr. Zhao, I graduated top of my class at the psychology institute in New York. I have been practicing for a few years so I know the delicacy of children without a mother. I have gotten time to know the boy this evening and we got along lovely. I...”

She droned on but he hadn’t listened since the first word of her sentence. He looked down into his son’s eyes. The boy blinked and shook his head.

That was all the information he needed.

“Ms. Gu,” he cut across her words on psychology and what children needed to grow into healthy young adults. “My son is not shopping for a stepmother. My son will not have a stepmother. Ever. Don’t waste your time here.”

Did he, himself not grow up in this high and rich society? Stepmothers were rarely good to their husband’s child from another woman. Throw in the large pot of wealth and privilege that came with being the head of a prestigious and large family like their Zhao Family and there would be a stepmother angling to push this son out to make a throne for her own.

Such a messy thing would not happen in his precious son's life.

Gu HeiAn’s lips pursed. Her body trembled. “Mr. Zhao. I have heard all about your son. It is all over the circle both nationally and internationally: since his birth you have taken him to boardrooms, on business trips, and he even grew up in your offices downtown. Who doesn’t know that this famous businessman has his young son sit in on business meetings? The boy doesn’t even have many friends his own age because he spends all his time with you. He needs to go to school, he needs to spend time with children his age and he needs to do things children his age should be doing. You are overprotecting and suffocating him.”

“This is your psychological diagnosis?”

“You have an unhealthy attachment to your son, Mr. Zhao.”

In his arms, his son’s eyes were huge on his cute, fat face. Tiny baby hands clutched desperately at his suit jacket.

“Mother,” he did not look at her, did not notice how both women shivered at the cold drop in his voice. “Every time you claim you want to spend an afternoon with your grandson, I come back to find you introducing a stepmother for him. This is the third time.”

He lifted his head. His mother’s face was white. Gu HeiAn’s turned red. She glanced at his mother.

“There will not be a fourth,” he finished.

“JingShi,” his mother let go of Gu HeiAn’s hand as if it was a hot potato. “JingShi, this is not... I love to see my little grandson but you hardly let him out of your sight. The boy needs a mother and some space to grow.”

Hardly things he hadn’t considered himself. He was unhealthily attached to his son. His child was all he had left of the boy’s mother.

“You should leave him here with me more often," his mother urged. "I hardly get to see him. One afternoon a month is barely enough.”

Zhao JingShi stood, hitching his son on his waist. The boy’s arms clung tight around his neck and he buried his head, stubbornly refusing to look at his grandmother.

“You have frightened him,” Zhao JingShi accused. He ignored the outsider and spoke only to his mother. “He thinks you mean to separate us.”

“Oh, no baby boy,” his mother stood with haste. She reached out to pat the child’s tiny back but the little one flinched away. Zhao JingShi also moved to the side.

“Imposing a stepmother has an 80% chance she will resent him and seek to sow distance between us.” Doesn’t a man become a stepfather to his own child the moment he married a stepmother?

Gu HeiAn made a sound of protest.

His mother’s hand fluttered at her throat. “You are worried for no reason! I have only introduced you to nice girls.”

He shrugged. He rubbed his little one’s back to reassure him. Children were delicate and should not be present for such conversations. Unfortunately, Zhao JingShi's own mother spoke about this kind of thing frequently and now there was a shadow in his child’s heart. For this, Zhao JingShi had no care to what he said and who he hurt.

“I do not agree, Mother. Cease your games or you won’t be seeing my son in the future.”

His mother fell back weakly on the sofa. “Zhao JingShi! You!”

Gu HeiAn reached out to hold her. “Are you alright, Madam Zhao? Mr. Zhao, your mother’s health is...”

“...Just fine,” he raised an eyebrow at the theatrics.

She was his own mother. Did he not know of her antics?

“JingShi. My grandson!” She looked at the boy in his arms with longing. Unfortunately, her grandson didn’t see as he was hiding his face from her in clear rejection.

Zhao JingShi moved to leave. “You will see us at the Old House for family dinner next weekend.”

"Zhao JingShi! I gave birth to you!" his mother shouted. "You! You!"

His son's arms tightened around his neck, his little body stiff. Zhao JingShi quickened his pace. For frightening his child, he could not, at this moment, forgive his own mother. 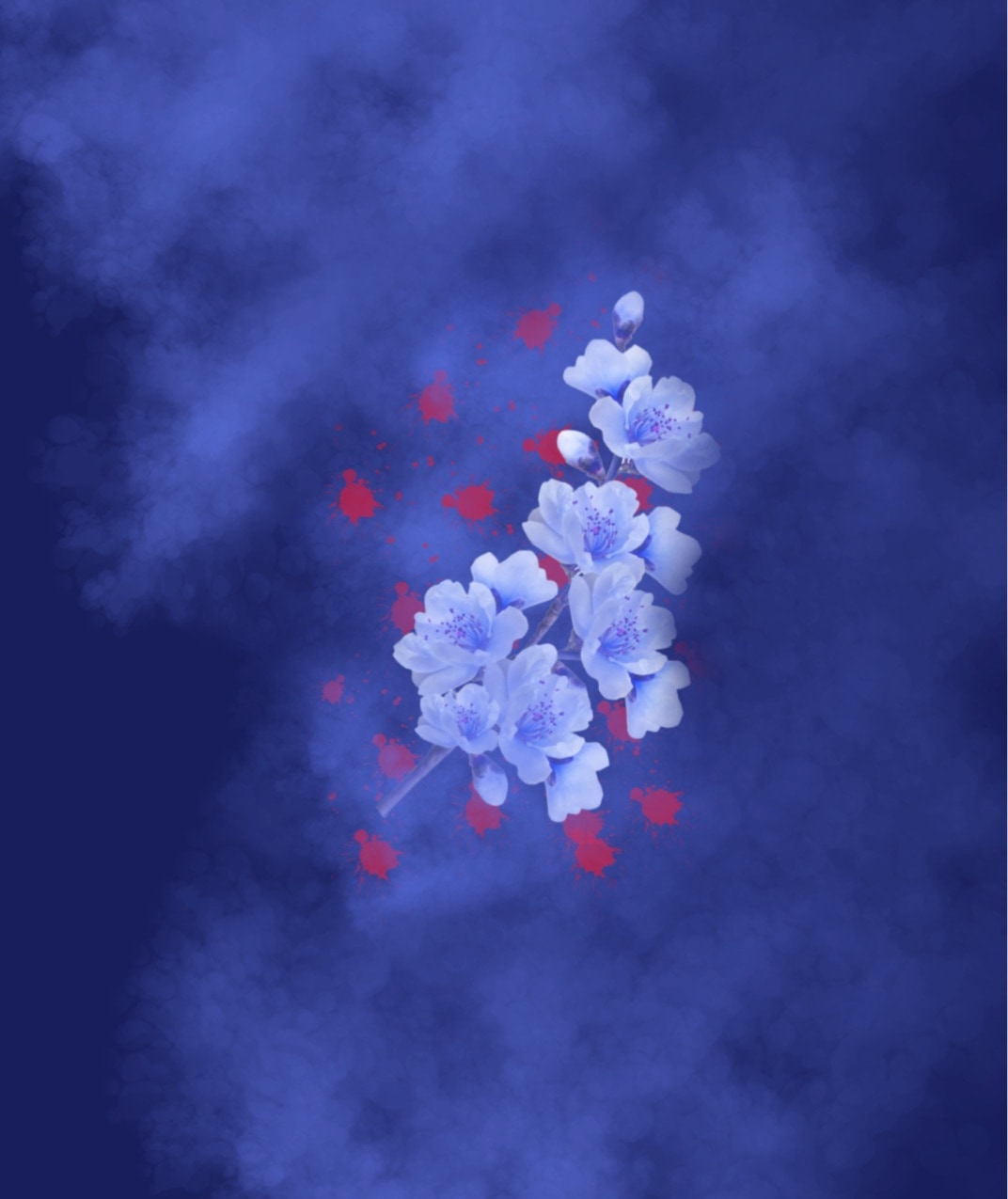 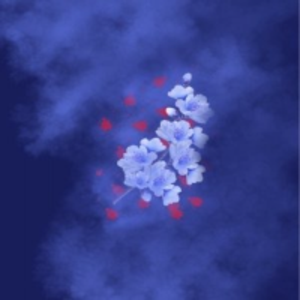 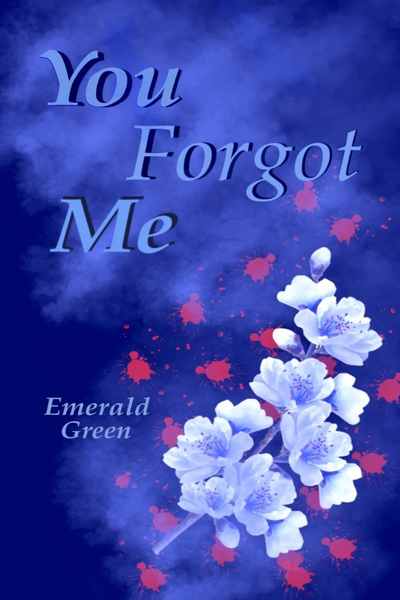 One day a little guy said to her: Mommy, you forgot me? Waaa!

The next day the little guy's father said to her: Woman, you forgot me?

The big one and little one stared at her.

Her: Who is this pair of father and son?
Subscribe 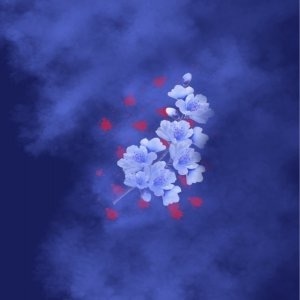