The hospital was a heart, I thought as I was distracting myself from the needle puncturing my skin. The floor-tiled hallways, painted a blemished white, were humming, empty, yet bafflingly claustrophobic. Its doors opening and closing, filing people into lab chambers, waiting rooms, and offices like valves, clockwork. The doctors and nurses and patients and visitors scrambling up the steep and slippery steps to get to the next floor, speed-walking through the solitary and diseased passages to identical quadrilateral rooms like blood.

The hospital was a heart. Like a heart, though proven to be scientifically false, can feel. I was feeling it right now.

“Done. Now put some pressure on it,” he said.

“Yes, Nurse Flynn,” I said. I took the piece of cotton from his hand and pressed it against where the needle was. The pain was rhythmic, my flu-vaccinated arm uncomfortably heavy.

Nurse Flynn’s face expressed a “what the fuck?”

I have always hated needles or the hospital in general. I can see the cabinet at the corner of eye, filled with vials and silver instruments of torture and the smell of pungent chlorine and perfume-like disinfectant tickling my nose. The windows would be the only consolation. It showed a living portrait of Pleyel Town, ceasing the illusion of a cage. The sun was already sinking, bathing the white-washed room in bright oranges and reds.

Oscar was writing something on his clipboard, his back turned away from me. His brown tussled hair, his broad shoulders, his strong hands, it all added a certain comfort. He was my best friend, though nine years older. We watch the same shows, play the same video games, and geek out over the same things. I extend my hand, as if trying to reach him from across the room. Oscar knows me well, I know him well, and somehow I doubt that now.

“Roxas,” his voice echoed. I pulled my hand away.

“Mom’s busy with work, something about tax—I don’t know. Dad is equally busy,” I replied.

“Good thing I was the one here. If another nurse was going to stab you in the arm, you would’ve given them a black eye!” Oscar burst out laughing and swung his arm around my shoulders. It made me jump. I could feel the heat rising to my cheeks. I leaned into his ears to whisper, his face close to mine. “Read it and weep, bitch.”

I gave him a shove, and we both snickered and smiled.

“Touché. I can’t believe I already have a job. I can’t believe that you’re a teenager with raging hormones. It’s an IMPOSSIBILITY that you had a flu-shot without auntie holding your hand,” Oscar said, wiping tears in his eyes.

“First of all, fuck you. Second, it is unbelievable.”

“Tsk, tsk. Cursing now are we?” Oscar raised an eyebrow and wagged his finger in my face. “I still can’t believe it. Roxie’s all grown up. Prom is right around the corner. In a few years you’re in college getting hammered.” His eyes shone, looking back on days past. “Will we still be friends?”

“A grown-ass man asking a teenager if they’ll still be friends. It’s uncanny. You were always the wet noodle,” I chuckled. “I’m not going to get rid of you anytime soon.”

“Aww. I knew you have a heart somewhere in there!”

Oscar came close and wrapped his arms around me. It was warm, I thought. His scrubs smelled what you think it would; abnormally sanitary with a hint of fabric softener. I could hear his breathing. I could hear mine. “I’m glad you’re here,” he said. I weaved through his coiled hair and gave it a good pat. For many years, he said these words to me. When he had a fight with his parents, when he was stoned out of his mind, when he graduated from college, I was happy that I was there. I’m glad you’re here. I want to say those words too, but they feel foreign to me.

I’m glad you’re here. My heart folded into itself.

Oscar gave my hair a good ruffle. I stood from my seat, almost tripping myself. As I was about to leave through the door, I rubbed my arm and gave Oscar a faux-sullen look, and in a jeering tone I said, “But nurse, my arm still hurts. Am I going to die?”

“No, sweetie, just walk it off,” Oscar hollered like a lady in a grayscale cooking show.

I waved goodbye and left the room.

As evening approaches, the hospital lays quiet. Each beat getting slower and slower as it slumbers, while my own is a cacophony. The sound of my own heart is much more tolerable than the silence of the hospital, of the mind and its ensuing thoughts. The silence always brings those things. I walked alone in the sterile hallways, my shoes ear-grating against the freshly waxed floors. I could see the dark spaces in between the white tiles, sharpened by the electric lights, as they glide me into a trance. There is silence, therefore there is thought.

The banister, dark lacquered wood, was ice. The stairs spiraled upwards, making my stomach sink as I try to grasp its height. I begin my ascent, footsteps monotone.

How many people have climbed these steps?

What did they dream?

What futures do they have now?

I would never know. The stairs were made of cement and steel bars, incapable of holding memories, yet I hoped for an answer, solace. Any ghost would do. I told them who I am, but at the cost of what? Their worried expressions still haunt me.

I reached the apex. It was a surprisingly short trip, neither breathless nor quaking. A heavy metal door waited, cold and unfeeling, with effort it swung forward.

The sun shone, though waning. The afternoon sky was burning away for the evening. Deep strokes of red, orange, and purple with feathers of white cloud coalesce into something greater. I could see all of Pleyel Town from up here, from the roofs on each house, the boardwalk, to the glistening sea. Weaving through clotheslines, I go to the ledge, head craned, chest out. The wind roared, its pleasant noise washing over me. Its hand combing through my hair and it flutters. A scent of salt lingers in the breeze.

The sky was beautiful.

The sky was infinite.

The world was laid bare before me, I thought.

I scramble over the ledge, busting my knees on the edges, my eyes fixated on the landscape. I take a seat, my feet dangling on the precipice. The hospital was just an organ in a gargantuan body. Its inhabitants were cells to keep the mechanism going. I am a cell.

I was a cell, important, yet insignificant, replaceable.

I looked down, my legs swinging freely. The pavement with little people coming home with little suitcases and little lives, cars buzzing in the asphalt road, a stray dog running around the food stalls, streetlights blinking on after their morning sleep, and I thought, “If I were to jump—“

My eyes grew heavy, vision blurring, tears snaking down my cheeks. With trembling hands outstretched, I tried to reach what little light the sky gave. I was asking. I was pleading. Was I apologizing?

What did they dream?

What futures do they have now?

As night falls, my arms gave. My shirt was soaked.

I stepped off and went home. 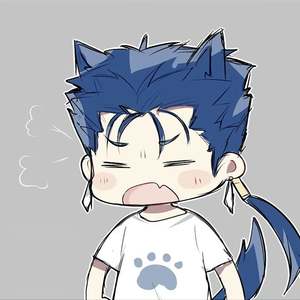 I'm fairly new on publishing here on Tapas, so this the start of my first series! Thank you for reading~ 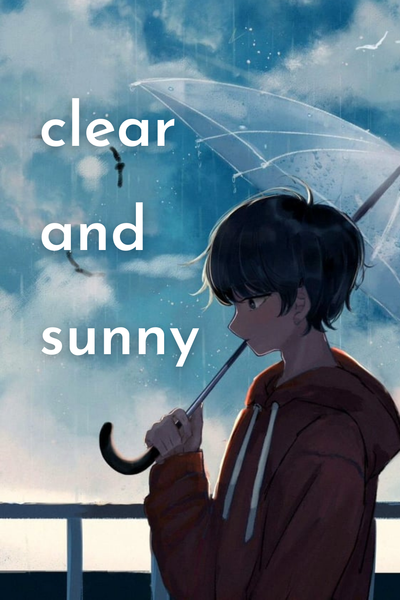 Roxas, a shy-looking yet crass individual, has now come out to his parents. His unrequited love for his childhood friend grows deeper, so is his isolation from everything he has ever known. Prom night is around the corner and he meets a stranger along the way.

Jacob's family is falling apart. In his own home, he feels invisible, a part of its walls. His smile grows heavy as the lies continue to drag him down and everyone he cares about. In an unexpected place, a weird person offers him a helping hand.

Two boys whose lives are tainted by uncertainty rush forward in the rainy sky, hoping for a clear and sunny day that is yet to come.

Two boys, strangers, who met in a small convenience store. 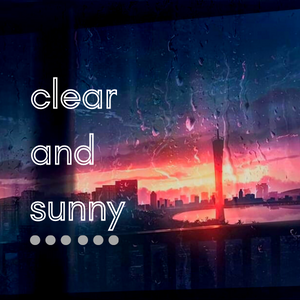