The whisper was barely audible, yet he knew the words had come out. The prince's fingers gently traced the edges of the page filled with photographs.

Wilhelm knew he should not have been in there; this was her sister's room after all. The sister he's known all his life. The sister he'd barely spoken to yet cared for as though she was his own. The sister, whose engagement to him is going to be announced in just a few minutes. He really should not be in there; it was inappropriate, especially for a person of his status. Well, it was inappropriate for other reasons too, but he did not want to think of that now... besides, he was running late.

Wilhelm stood in dark silence, flipping the pages slowly, memorizing the details of each page. He hears the voices outside the room, he knows they are looking for him, but he ignores it. I can't even have a time to myself anymore. It wasn't new though; it had always been like this and he knew it. He'd always been for everybody else.

I can't even think about you anymore...they've robbed me of that, or at least tried to. He'd like to think he wasn't bitter, but he knew that was a lie. He had been angry ever since, and everybody knew it as well. But they expected great things from him, and he cannot disappoint them. Let them wait. If I am to be their king, I should at least have their patience. But the noise and chaos outside remain.

Taking one of the photographs out of the book, he smiles. It was faded and old, yet he recognized it. There were two girls, both young and lovely. He focused on the elder of the two, the one with loose blue locks and the most charming smile. Her dress was beautiful and pristine, yet her hands were filled with dirt. No matter what, you always had to keep your dresses clean. He finds himself snickering at the thought. He remembers the day it was taken, it had been seven or eight years ago. Their father had come to the Durandal, the Capital of the Human Kingdom that spring, and they had come along. He remembered how much she wanted to get out of the palace in those days. Exploring the town was all she ever talked about - that, or whatever chapter she had just finished reading at the time. She was so spirited and stubborn, and made his springs the best time of the year.

He missed her dearly. Everyday since she was reported missing, everyday since the time he caught a glimpse her messy blue strands.

He stared at the photograph of the two children, moving his focus to the younger scarlet haired girl. "I can't believe she keeps all of these...she was truly fond of you, wasn't she Lena." The girl had a wreath of yellow flowers around her head, something he knew Lena had always made for her little sister.

Rebecca loved flowers, and that was the reason that brought him into the room. He was supposed to leave her a bouquet as a sign of love and welcome. She had just arrived and yet she was already with his parents and the rest of them. He had to admire her for it; in the end she was her father's daughter, a true Niederstadt - duty and honor before everything else. And here he stands; looking at old photographs and holding a bouquet he did not even pick out himself.

The door opens wider, and a shadow blocks his only source of light. Wilhelm knew his time was up. "They won't wait any longer, we have to go," the figure whispers from the opening. The prince places the photograph in his pocket and turns to his brother. He leaves the bouquet on the bed, straightens his jacket, and exits the room.

"She'll notice it's gone." His brother was younger than him by four years, yet they were almost the same height. He was also the only person Wilhelm considered to be a friend these days. "And she'll know it was me" he replied, considering how their relationship had been for the last couple of years however, he doubts she would even care. "Rebecca probably has not even looked at that thing for years. She does not even act like she has an older sister anymore." He did not mean to sound so bitter, but he knew Dominic sensed it. It was hard to talk about Rebecca without letting his irritation show, especially when it concerns Lena. He was aware that he sounded irrational, but he could not help it.

"She did have it on the dresser, and the rest of her things are still packed. She was probably looking through it." Sometimes, it was also irritating when Dominic called out his absurdities.

"She's a smart girl who is used to our routine, she knew I would be in her room today. She probably had it out to aggravate me. She does that." While most of it is true, he did doubt the truth of the entire statement. She probably would not have done that to just taunt him, but he'd already said it and the day seemed to just keep on getting longer. Besides, he has not personally delivered her gifts for years.

They stopped in front of the doors that held source of all his aggravations - his parents, the majesties king Ricardo and queen Theresa; the Order of Dukes, the royal council; and the public announcement of an engagement to duchess Rebecca Niederstadt that he did not want.

Dominic stood without facing him, "You know that's not true. You're exactly the same. You should understand." Wilhelm did not want to think about it, but he knew it was true. She is a Niederstadt as much as Lena was, they were raised to keep their family's honor and a respectable image. Mourning for a girl that has been lost for five years in the eyes of the public is seen as weakness and distrusting her father's efforts to find her sister. They were the same, they could only miss Lena in private - something that this engagement is going to take away from her as much as it had been taken away from him.

They stood in silence for a while. He knows Dominic is just waiting for him to be ready. He knew they cannot stall any longer, as much as he would like. "Thank you." Dominic looks at him from the corner of his eye. "I didn't really think you would take so long in leaving a bouquet." He laughs at that and Dominic snickers a bit.

"Don't hate her, you know she's forced into this as much as you are." His brother comments as the laughter dies down. "I don't hate her, she's like a sister to me. I promised I would look after her, not marry her." But what's done is done, they would be engaged, and be married in a year's time. He places a hand on his brother's shoulder and smiles with his lips, but not his eyes. "Well duty awaits."

The doors open and they enter a room filled cheers and approving smiles.

a young prince contemplates before the public announcement of his unfortunately engagement. 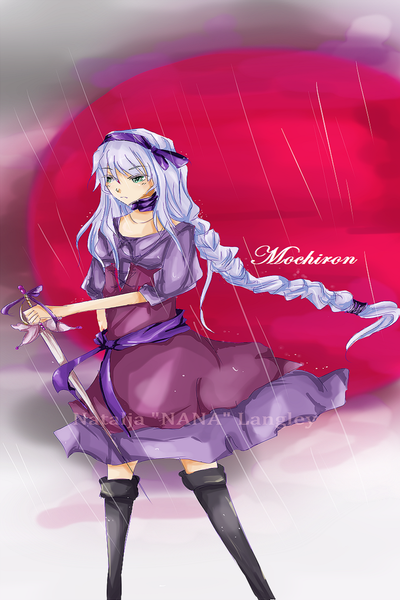 Runaway noble, Nana Langley gets caught up conspiracies beyond her imagination while trying prove herself as a vampire hunter.
Subscribe 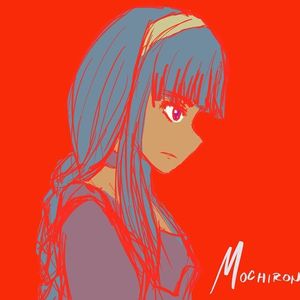