Behind his counter, amidst the smell of potions and perfumes, Walter Tye forced himself to smile at the new customer. Why did everyone have to make that joke?

"Welcome to Tye’s Cauldron, Lyonesse’s best magic item shop," the spellcaster repeated his usual sales script, "What are you looking for? [Healing Potions]?"

"Yes, Tye," the customer replied. It was some kind of swordsman wearing a black cloak too long for him; another of these ‘Japanese’ people, according to his facial features, "Can I call you Tye?"

"Well, you already did, so why stop there?"

Nobody called him Walter. Everyone called by him by his last name, Tye, because it was in his shop's title: "Tye’s Boiling Cauldron."  As the best Crafter in the city, the alchemist had a steady clientele, and most local adventurers went through his establishment at least once.

Which complemented his other business nicely.

"Is there something on my face?" Tye asked, the customer having grown silent. Since he had white hair, pale skin, and crimson eyes, most mistook him for a vampire at first glance; even if the few vampires he knew had enough class to wear other things than a shirt and pants.

"Just a minor case of albinism," Tye joked, having been black-haired while alive, "Nothing sinister."

"What would you suggest for a dangerous adventure?"

"[Healing Potions]," Tye replied, "Lots of them. I get the feeling you’re going to burn through your HP faster than a witch on a pyre."

"Got me," the customer laughed back, glancing at the impressive rows of potions and trinkets on display. Tye had accumulated a large collection of magical items through his existence, from amulets to animated dolls; half of them he crafted himself. "What class are you?"

"[Alchemist] mostly," he replied while leaving out a key detail, "And a few other levels in a Spellcaster class. I’m trying to stay balanced between both."

"Ah, a Crafter class," the customer replied, something in his tone betraying his true thoughts on the matter. Dick. "I thought about taking one, but goddesses only go out with strong warriors."

Ah, a new  earthlander. The rookiefest continued. They were the worst customers, expecting the world to bow down to them because they died doing nothing in their previous life and received a [Sacred Weapon] for their trouble. The few who survived their first quests either became even more  insufferable or matured, but it was like tossing a coin. Would that one even live that long?

"Any rumors in town?" the customer asked.

Did he take him for a barman or innkeeper? "There are always new things in Lyonesse, so I’m not sure what could interest you."

"I’m going to challenge the dungeon," the customer continued while Tye put eight healing potions in a pack, loving to hear himself talk.

With a sword too big for the narrow corridors? He would die then. "You should take a shorter weapon," Tye advised, because the client was everything.

"A [Necromancer]?" Tye raised an eyebrow, suddenly interested. That  was new. "Isn’t that some kind of black wizard raising the dead?"

"The guild believes there’s one at the bottom of the dungeon," the man replied, "How else do the undeads keep replenishing their numbers?"

"Maybe they just kill and turn the fools who keep trying to challenge them?" Tye replied dryly.

"Nah, it’s a necromancer," the man replied, "Can’t wait to cut off his head and bring it back to the temple. I bet he has a goatee."

"Oh oh, well, sucks to have you for a barber." If the sword hadn’t sealed the boy’s fate, his words did. "There is a very strong [Dullahan] down there.

Maybe you should start with him."

Yes, that was the joke. "That will be four hundred gold coins, mister..."

"Ryoma. Kazuki Ryoma. You better remember it when I become famous."

Tye wouldn’t, but he accepted the rookie’s purse all the same. "See you later, Tye!"

The alchemist neglected to mention that he had switched one of the potions for an [Elixir of Diarrhea].

Nobody suspected the shopkeeper.

Nobody will know, how would they know? 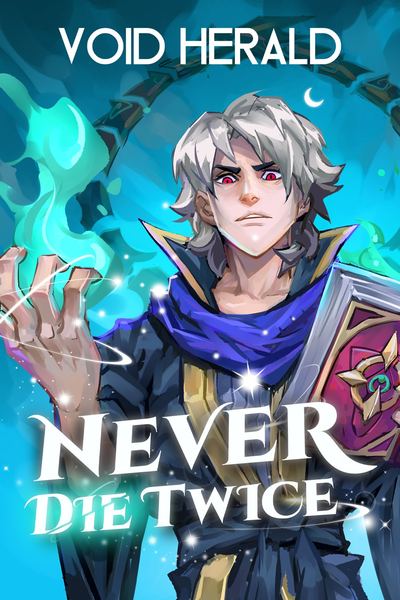 Forever is such a long time.

Walter Tye is the best friend any adventurer needs. He is the smiling shopkeeper next to your local dungeon, the one who sells you these cheap healing potions. When you need information, Tye always knows. He wants to help; you can trust him.

He is also the undead necromancer ruling said dungeon, getting paid to solve problems that he caused in the first place. But don't tell anyone that...
Subscribe 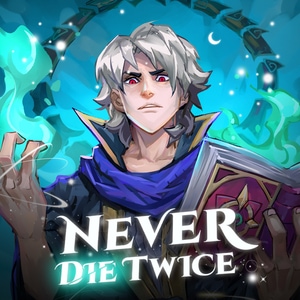