Eight of the top-ranked players were gathered in one place on the 4th floor of Cokro Island’s dungeon. The highest-ranked among them was Peak Sword, who was 16th on the overall unified rankings. Behind them were 200 elite members of the Silver Knights Guild.

It was a spectacular sight—a gathering of users with the combined power to capture a small fortress. However, tension and anxiety filled everyone’s face.

As time counted down, the nervousness of the guild members reached the peak. They were restlessly shaking their legs and biting their nails. Peak Sword gazed around with dark eyes. His hands which held his sword were soaked with sweat. ‘I can’t calm down.’

Cokro Island’s dungeon was fully controlled by the Silver Knights Guild, and the boss monster, Hell Gao, appeared on the 4th floor every two weeks. Hell Gao was stronger than expected and had a variety of patterns, so they had been unable to succeed in any of their five attempts so far.

During the last month, Peak Sword and the elites of the Silver Knights strengthened their items with money, all with the intention of succeeding next time. They were definitely stronger after all the investments, but those who knew of Hell Gao’s power couldn’t garner any confidence.

After three minutes, Hell Gao would appear, and this place would turn into a sea of fire. Some of them would even get killed just by the flames alone.

A heatwave started to slowly permeate throughout the room.

‘Shit.’ Peak Sword wanted to encourage everyone, but he was afraid.

He was clearly reminded of the overwhelming appearance of Hell Gao, the staff-wielding boss monster enshrouded in flames.

‘Are we still lacking the power to defeat him?’

It might be different if the power of the top 10 rankers were added, but he couldn’t help thinking that this expedition would fail with their current strength. However, the guild’s best ranker couldn’t show his weakness, so Peak Sword endured it.

Peak Sword steadied his heart and took various buffing potions, with the others following him. It was at this moment that...

“One minute left… Eh? Intruder! There is an intruder!!”

All of the guild members’ eyes turned toward the entrance. A young man had entered. It was unusual because he was covered by a cloak, with no armor or weapons visible.

‘Did he break through the defensive troops downstairs?’

Was he a highly trained assassin? No, an assassin wouldn’t openly reveal their presence in a place like this. Peak Sword pondered on the name above the head of the black-haired youth. However, no matter how much he searched through his memory, Peak Sword still found it to be an unfamiliar name.

‘He isn’t a ranker?’ Peak Sword glanced at his companions, but they all shook their heads.

‘A non-ranker coming all the way here. Pathetic.’ Peak Sword came to this conclusion and warned the youth with a frown, “This is an area controlled by the Silver Knights Guild. I don’t know how you managed to reach this point, but if you don’t want to die, go back.”

The young man ignored Peak Sword’s warning and threw off his cloak as he talked to himself. “My stealth suddenly disappeared. Was it because I was detected by Hell Gao?”

“Ohh!” There were exclamations from every direction.

The appearance of armor rapidly being equipped on the body of the youth was quite cool. Despite being made of metal, it seemed to be custom fit for the wearer, and its smooth surface was so reflective it was like a mirror. The armor was an elegant blend of red, black, and gold. The particularly unique point was the one-meter long tail that stretched from the vicinity of the tail bone. It was sharp like a blade, and amazingly, it was moving on its own.

It was the first time they had seen such armor, so the guild members struggled to hide their interest.

Peak Sword raised his voice, “That isn’t important right now! Why aren’t you throwing him out right now?”

Hell Gao would soon appear, then nobody would be able to escape from the dungeon. They had to deal with the outsider before that. The moment that the guild members, who were interested in the armor, tried to carry out Peak Sword’s order...

[Hell Gao, the master of Hellfire, has appeared.]

[Fire pillars have risen to cover you.]

Due to the silent flames that surrounded the whole body, half of the guild members either fell into a dying state or burned to the point where they couldn’t even be recognized. Barely half of the people standing were able to hang on.

Peak Sword was surprised at the notification window that popped up.

‘I raised my fire resistance to 86%, but for me to still receive this degree of damage...!’

They would certainly fail again. As Peak Sword despaired, he suddenly doubted his eyes. While the others were surrounded by flames, the young man alone was moving forward, moving freely like he wasn’t affected.

As Hell Gao ran amok and slaughtered the guild members, the young man pulled out a pickaxe, headed to the wall… and started swinging the pickaxe...?

The young man swung it with good form and complained as he wiped off the sweat, “Ugh, hot! Isn’t the labor getting more intense? Why does the mineral only appear when the boss mob is present? Based on this, I might have to visit a dragon’s lair with my pickaxe!”

At that moment, a hot wind emerged from the staff that Hell Gao waved and hit the young man. Peak Sword expected the young man to receive huge damage and collapse. Yet unbelievably, the young man only suffered minor injuries.

“Excuse me, Mister,” the youth said, stopping his pickaxe for the first time and turning his attention toward Peak Sword. He asked with an irate expression, “Why are you just standing there blankly? It’s hot now, but it will only just get hotter.”

‘What am I seeing now?’ Peak Sword thought.

Then he belatedly regained his spirit and asked, “How can you be fine?”

The young man replied like it was obvious, “It’s the item effect.”

The tail on the young man’s armor moved by itself and fought against Hell Gao’s staff. Peak Sword couldn’t close his mouth as he gaped at the unbelievable sight. 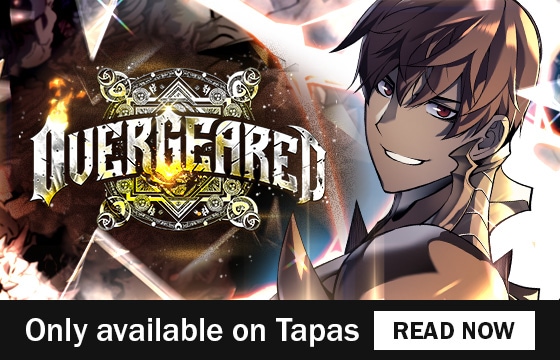 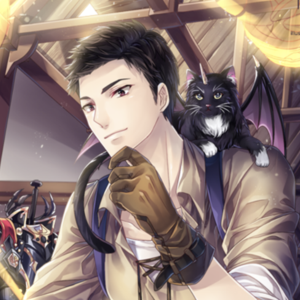 Isn't this already being translated on Wuxiaworld? I'm pretty sure that they bought the rights to translate it ages ago 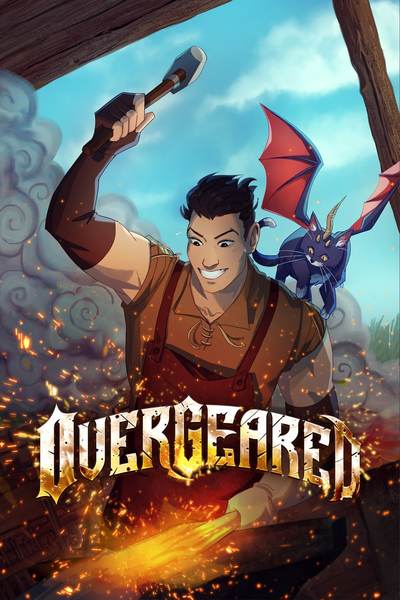 Shin Youngwoo, in massive debt, scrapes by as a construction worker doing hard labor everyday. In his spare time he is a low-ranking player in Satisfy, a VR game with the potential to make you rich -- if you are blessed with gaming talent.

But one day Shin Youngwoo glitches a quest and gains access to the inheritance of a legendary smith, and the unprecedented ability to create endgame-level legendary weapons, years before any player is supposed to be able to access them.

All eyes fall on him as he breaks the game's balance. He may now be a wealthy, powerful myth-in-the-making, but will he be able to survive the consequences of his success?
Subscribe 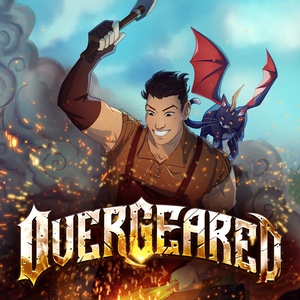