When the bullet hit my head, I thought of my unborn child.

Almost immediately, I fell to the ground, but I didn’t lose consciousness. It must have been a glancing shot.

The things that followed were hazy. They must have drugged me; I could barely feel the pain, or my limbs, for that matter.

When I hit the floor, the first thing that assaulted my senses was the thick smell of blood. I remember trying to move my body, only to feel a searing pain shoot through my spine. My mouth opened into a silent scream.

Who would dare do this to me?

Was it the people that I had hurt in the past?

I rummaged through my memories. The lies, the manipulation, the schemes that I had concocted to ruin my enemies, all came rushing into my head like a hurricane. A part of me had always known that karma would bite my ass, I just never thought it would be when I had just discovered that I was pregnant.

The loud screeching sound of the door opening made me jolt. A sense of foreboding made my heart race as I listened to the footsteps that followed.

My eyes snapped shut. The light from the ceiling burned my eyeballs as a man made his way fully into the room. It took me a couple of seconds for my eyes to get accustomed to the bright light around me.

Fear surged inside me. Was that a hallucination? I blinked at the person sitting a few feet away.

Just as I thought, it was him.

The realization hurt more than the bullet he had fired my way.

He was looking down at me, smiling even. His brown eyes turned into crescents as he watched me with amusement. “Only you would be hit at point-blank range and manage to take your time dying.” His voice was sweet, as always. His eyes were gentle. It was as if he wasn’t staring at his dying wife.

His words pierced me like a sword, impaling the depths of my heart. I wanted to ask him what he was doing, but I knew it would be for naught.

It must be because of the divorce that I filed. After all, me divorcing him after discovering him cheating with my cousin Monica would have left him penniless, those were the terms of our marriage. Apparently, losing everything that marrying me had given him was never an option. Not for him.

To my surprise, instead of crying at my impending doom, I just felt shame. The anger and humiliation flowed through my eyes.

How stupid I had been! All the terrible things I had done, my reputation ruined, enemies at every corner. I did it for Evan. Everything that I did in the past was to make him happy. Everything I did had been for this man who had now arrived to watch me die with a smile on his face.

He turned back to the door.

Seeing the surprise on my face made Evan so happy, he started laughing. I stared at the man Evan’s people dragged in front of me. Despite his bruised and bloodied face, I immediately recognized who he was.

“My brother Cedric was foolish enough to think that he could waltz into my Villa and rescue you.” He was staring at his own brother with disgust, as always. “Unfortunately, I accidentally killed him.”

How could someone accidentally shoot his brother in the forehead, right in between his brows?

“Of course, I couldn’t let him go. You of all people know how much he hated me.” Evan chuckled before he kicked his younger brother’s body as if he was kicking a toy. “Come on… don’t look at me like I am the only evil one in this room! You helped me ruin my brother’s life without even knowing how much he adored you. Why are you staring at me as if I am the monster?”

The sad thing is, he was telling the truth. I was the one who ruined Cedric’s life. Evan wanted to secure his position as the CEO of Lin Group and the best way to do that was to depose the only person who could destroy his chances of becoming the heir to the Lin Family.

Cedric Lin, Evan’s genius younger brother, had to be ruined.

And planning his destruction only took me a few hours.

So why was he here?

Evan must have sensed the questions in my eyes as he answered. “Don’t tell me you didn’t know how he always loved you? Poor thing, he died without even telling you his feelings. He was stupid enough to believe you could read his mind.” Evan let out another laugh. He was mocking me. He was mocking my stupidity.

“Ah… Bella… I always thought you were the smart one.” Evan sighed. The fact that he was calling me by this affectionate nickname made me want to vomit. He had no right to call me that anymore. “I was wrong after all.”

I turned my head away from the corpse and focused my attention on Evan. He was wearing the signature all-black suit that I used to love. This time, the gentle look that he had always given me had turned menacing, sinister.

“I — “My throat was parched like a desert. I tried to muster all the strength I had left.

One more word. Just one more.

I wanted to respond, to curse at him. I tried to call out again, but my tongue had been so dry at the bottom of my mouth, moving it hurt. I grimaced.

He shook his head at my attempt to speak. “You should know by now that people who cross me end up dead.” His voice was icy, his eyes devoid of any emotion.

"It's unfortunate that I have to kill you, you really have been so valuable." He was smiling at me as he signaled Tim. The ruthlessness in Evan’s eyes made me shiver. The man that I had loved all my life, was about to end my life.

I wanted to scream at him, to tell him how much of a lunatic he was. How could he kill me after all the things that I did for him? The fact that I had done all those horrendous crimes to make him happy sunk into my consciousness.

If I had known then what I know now.

If I had known that I, Isabella Chen, the self-proclaimed genius schemer, would die at the hands of the man that I treated as my king, I would have stopped myself from falling. I would have stayed away.

The faces of the people that I killed flashed before my eyes.

The feeling of regret and self-mockery hit my core like a boulder. I knew I should stop blaming him for my sins. After all, they were still my choices. He didn’t force me to destroy those lives to make sure that he could live with no worries.

I was stupid enough to fall for the manipulation and schemes. Ultimately, it was all my choice.

Tim grabbed my hair, a knife in his hand. The blade against my skin felt cold. Am I really going to die like a pig?

My eyes were closing now, my dying thoughts filled with regret. When everything finally turned to blackness, I accepted the horrible fate the afterlife would surely have in store for me.

It was what I deserved.

I took my last breath and then felt myself leaving my body, the universe spinning me around. Suddenly I felt warmth on my face and braced myself for the hellfire I knew awaited me. Terrified, I cracked open one eye, ready to meet my damnation.

Instead, I found myself in a fluffy white bed. 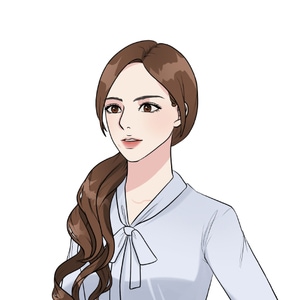 My name is Blips and I am the author of The Abandoned Bride!
I would like to take this opportunity to thank my editor Alison for the GREAT help! And Konnyapon for the awesome cover.
Anyway, welcome! Welcome! I hope you will enjoy this novel!
Please don't forget to subscribe! You can also check my socials for more updates! 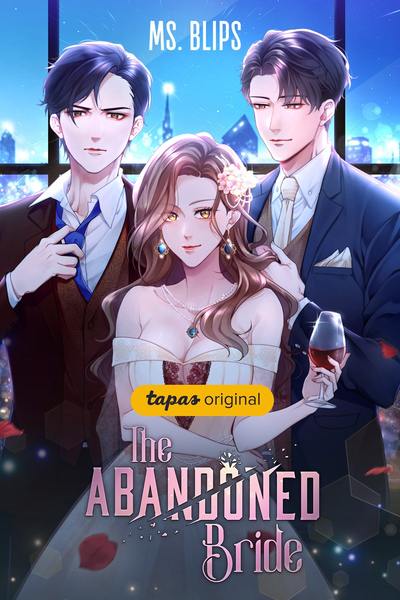 Scheming and evil, Isabella Chen gave up everything to help her husband take over his family's company, only for her to be murdered by the man she loved. When fate gives her another chance, she's determined to rewrite her story by being a better person - well maybe not a better person, but one who directs her scheming ways at those who deserve them!

Right away she sets her sights on her former husband's brother; by marrying him she can put the ball in motion to right the wrongs of her past, and take down her evil ex once and for all.
Subscribe 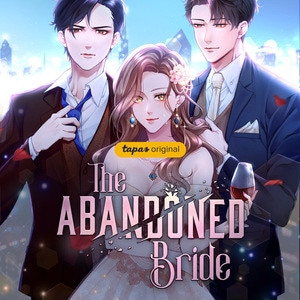