Today, the world is ruled by Light. But once, long, long ago, Darkness controlled all. Even before this, Everything governed the lands.

Prior to this, there was Nothing. And from this Nothing came The Creator.

As the firstborn child of Nothing, The Creator was powerful. They forged the earth and everything in it. They made wonderful creatures, colorful and full of magic. They produced planets and stars and splendid space.  They created beings, charming and cordial, who cared for the animals and plants and harmed none; the first race of humans, known as the elves.

Their favored creations, however, were the Angels.

Benevolent beauties of, each one with power over an element, these graceful, winged humanoids ruled the Everything Era. Each was unique, with a heart made of light and a soul of elemental magic. Great power ran through their fingers, and with this they kept order in their corners of the world; rising the Sun and setting the Moon, keeping the plants growing and water flowing, ensuring that darkness and light filled every space, bringing the Nothing Era to a gentle close.

As The Creator pledged Their final act, They left Their children to rule the planet They created just for them and took Their long-awaited rest in the far heavens. They left a piece of Themself behind; a huge rainbow dragon, sworn to protect the Great Palace of Elements where the Angels resided, called The Guardian.

For a long time, they lived in great peace and harmony, ruled by the kind and gentle Angel called Sun. They worked and took care of the responsibilities given by The Creator, protected by The Guardian and his Thirteen Warriors from possible harm.

However, one day, the easy and calm peace was shattered and darkness struck.

The Daughter of Darkness, Shadow, was plagued by a bitter and cold heart; covetous of the powers of the Daughters of Light, Sun and Moon, held in comparison to her. While she resided in the plains of darkness she knew so well, the Dark Angel rallied an army of her own from those who shared their resentful and rancorous vehemence for more power.

On the Day of the Dark Moon, Shadow struck. When moonlight was unable to show itself during the deepest hour of night of the deepest night, she threw a cloak of darkness upon the moon, stopping the light entirely for the week.

With Moon rendered weak and helpless, Sun was stuck in an imbalance without her other half and Shadow shed her angelic skin to become a new creature; a demon goddess, powerful and beautiful and entirely evil. Her once-white wings turned the color of night as she spread them and called upon her army, Sun powerless to stop her.

Utilizing their weaknesses, she turned the tide. A war that should have lasted mere days, shadows dispatched and destroyed, lasted much longer. For years and years, they clashed. Sun and Moon led their armies of Light against Crysaeris’ armies of Darkness. The Thirteen Warriors led their own teams against the Dark, holding their own with the power lent to them by The Guardian.

Despite their strides towards victory, Light cascaded to the Dark, bit by bit. Crysaeris gained power, granting it to her warriors as they surged forward, claiming the Angels’ empire, piece by piece. The army wielded shadows better than they ever had and used these new powers to take control of cities and villages and the people residing within them.

Finally, the Shadow Queen reached the Great Palace. The Thirteen Warriors were sealed in stone and thrown deep into the threshold of the earth’s underground. The Guardian fell soon after, his great wings tethered by dense shadows as he roared and resisted. The remaining angels were cornered, The Creator nowhere to be found. Instead of taking a foolish and hopeless last stand, they made a plan; desperate and reckless, but their last choice. As they used their remaining grains of power, they melded the remaining elements, sealing the gates of the Palace before Crysaeris could claim it as her own. Their bodies ripped apart in this final display of power, they became spirits of great skill, unable to do much more but watch as the demon goddess howled and screamed, throwing her forces at the gilded metal in an attempt to pry them open. The gates held fast, rendering the demon goddess’ victory incomplete.

Still, the shadows had won. For now.

Because the saviors would come. 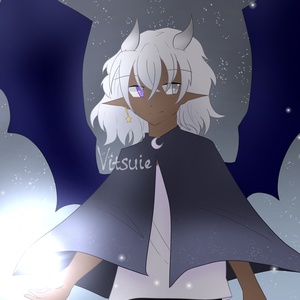 My first episode :D thank you to my editors and other creators! Stick around if you’d like~ I have much more in store! Enjoy! 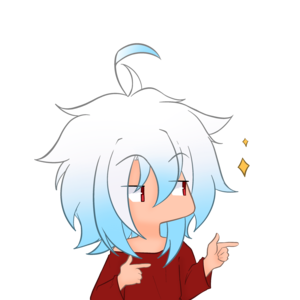 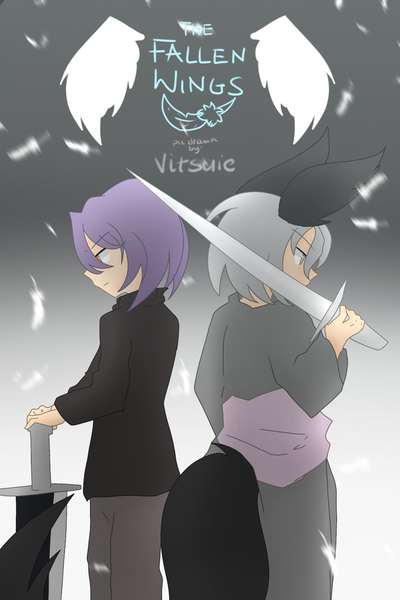 In a world clouded with darkness and shadows, the triplets Solana, Lunara, and Skyia ignite their own spark to bring forth peace and serenity. Accompanied their godly allies, they stride to get to the bottom of the mysteries shrouding the elven queen before their world falls into complete night.
Subscribe 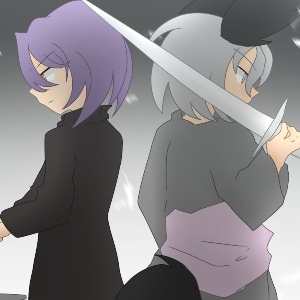